Kenneth Salikof talks about Paris to Die For, the just-published Spy in a Little Black Dress, and writing what you don't know 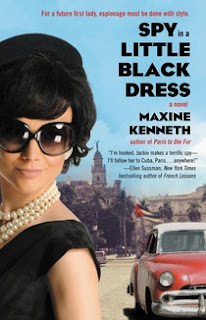 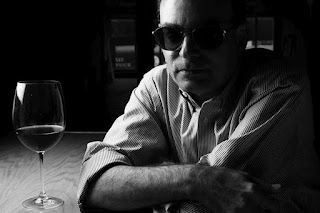 Kenneth Salikof is the author of Paris to Die For and the just-published Spy in a Little Black Dress (which has got to be one of the greatest titles, right?), both written under the pen name of Maxine Kenneth.  I'm thrilled that he's here, writing about making real people into real characters. Thanks so much, Ken!

The oldest dictum of writing is, of course, “Write what you know.”  But if this were true, John Carter never would have discovered Barsoom, Kavalier would never have met Clay, and Peter Lake would never have stumbled across that white horse in the mist.  So a more proper corollary to this dictum (and can a dictum have a corollary?) might be: “Write what you know about what you don’t know.”  I have applied this corollary in my two novels about the fictional spying career of young Jackie Kennedy by taking well-known historical figures and projecting them into fictional situations.
This, I think, is a huge act of chutzpah on my part: putting words in the mouths of real life people.  My first novel, Paris to Die For, for instance, features Ian Fleming.  I included him because, as a thriller writer, I wanted to acknowledge the debt I owed to the man who singlehandedly (all right, he had help from John Le Carre and Len Deighton) popularized what we know as the modern spy novel.  In recent years, nonfiction books, such as Ben MacIntyre’s Operation Mincemeat, have revealed Fleming’s contributions as a Naval Intelligence officer during World War II, and it was a pleasure to present him as a secret agent in all his cunning, scheming, snobbish glory.
Spy in a Little Black Dress, my sequel to Paris to Die For, furthers Jackie’s adventures as a neophyte CIA agent and sends her off to Cuba in 1952 to take the political pulse of a young rebel named Fidel Castro.   The real life cast of characters includes Grace Kelly, Chicago mob boss Sam Giancana, Frank Sinatra, and the shadowy espionage operative, Robert Maheu (later to become Howard Hughes’ confidant).  Of course, you can’t have a novel set in Cuba in 1952 and not include Ernest Hemingway.
To use this great American writer as a character in my story represents a huge act of hubris on my part.  But as a lifelong reader of Papa, I reveled in the challenge of doing so, like Santiago preparing to grapple with the giant marlin in The Old Man and the Sea.  I loved the way Woody Allen portrayed Hemingway in Midnight in Paris (and his perfect embodiment by actor Corey Stoll).  But Woody’s creation was essentially a caricature (albeit a very witty one).  I wanted my Hemingway to be more the actual man, and, through Jackie’s eyes, I show him as an artist torn between living his life and living his legend (which, ironically, he helped to create).
Is this a bit too much dramatic freight for a little romantic thriller to bear?  Possibly, but I felt privileged to be on the flying bridge of Hemingway’s fishing boat Pilar along with Jackie and Papa, and feeling like I was eavesdropping on their conversation.
So what’s next for Jackie?  Who will she meet on her next adventure?  Well, I don’t want to say too much at this point, except that, inspired by a photograph I came across, I wouldn’t be surprised if she wound up sharing an espresso with Jack Kerouac and some of his Beat friends in San Francisco.
Posted by Caroline at 12:29 PM