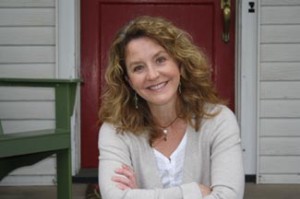 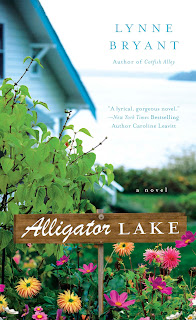 Lynne Bryant's Alligator Lake, is an extraordinary novel about Southern racism. I'm thrilled and honored to have her on my blog. Thank you so, so much, Lynne!
Conversations around the country evoked by my first novel, Catfish Alley, have me eagerly anticipating readers’ responses to Alligator Lake. Both of my novels expose deeply rooted racism. Although I write from the context of the Deep South, I have found that people nation-wide struggle to communicate honestly about race. My own creative process in writing these two books, particularly Alligator Lake, involves grappling with racism through the fictional story of a particular family.
Debate generated by my novels can be uncomfortable—for me, as well as readers. My personal angst is directly related to the importance I place on being sure that the voices I use in my work are authentic.
In November, 2011, I participated in a community dialogue in Jackson, Mississippi called “Facing History, Facing Ourselves.” The event was sponsored by a faculty member of Jackson State University in collaboration with The Margaret Walker Center, a museum and research center dedicated to African American history and culture.
“Why do we need to talk about this?” a woman asked, challenging me from across the room with her glare. She was a powerful black woman—a Democratic lobbyist. Her skepticism was clear. I was overwhelmed with a sense of inadequacy. All of my reasons stuck in my throat, refusing to be spoken because of my fear I would be unworthy to have an opinion.
“Because so many of us are unconscious about our own racism; because we need to wake up,” I managed to say, hoping she would not dismiss me. She didn’t let me off the hook easily, but the subsequent two hour discussion among the members of the small diverse group gathered together that evening reinforced my belief in the power of conversation to enlighten and change our perspectives on race and each other.
One of the most moving stories was recounted by a young black female professional who works full-time as a mentor and advocate for teens in the Mississippi Delta, which has the highest teenage pregnancy and poverty rates in the nation. She had taken a group of black teenage girls to the local Pizza Hut for lunch. As they were leaving the restaurant, she stopped to have a friendly conversation with the white male manager. The girls stood quietly nearby watching her interaction. When she returned to the group, she found them wide-eyed, mouths gaping.
“What?” she asked.
“You looked him in the eye,” they whispered.
"Yes, I did,” she responded, sensing what was coming.
“But, you’re not supposed to look white people in the eye,” the girls said, shocked by her behavior.
“Oh, yes, you are,” she responded. “He’s no better than me. I’m no better than him.”
Through her matter-of-fact manner, we were reminded that even in 2011, these young girls held the same beliefs their Jim Crow era grandparents and great-grandparents had held; they were firmly entrenched in a sense of themselves as unequal. Those girls learned an extremely important lesson watching the interaction of their mentor with a white person.
It’s amazing to me how many people deny racial disparity still exists. Often blacks and whites who attempt to mix socially, or in religious settings, or in intimate relationships receive criticism from members of their own races. The need to maintain racial boundaries is powerful.
Perhaps some people are destined to step across boundaries, and others are destined to stay within? Alligator Lake explores that notion. I don’t pretend to know the answer, but I’m profoundly interested in the question.
Posted by Caroline at 2:24 PM