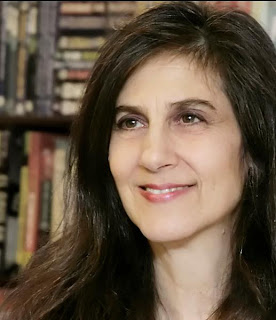 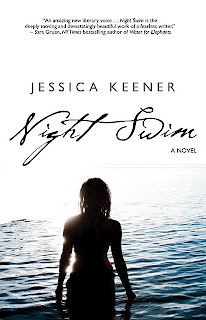 Jessica Keener’s fiction has been listed in The Pushcart Prize under “Outstanding Writers.” Writing awards include: a grant from the Massachusetts Cultural Council Artist’s Grant Program, and second prize in Redbook magazine’s fiction contest. For more than a dozen years she has been a features writer for The Boston Globe, Design New England, O, the Oprah magazine and other national magazines. Her debut novel, Night Swim, released in January 2012, was hailed by The Boston Globe as "thrilling and "exhilarating.” The New York Times compared Night Swim to Rick Moody's The Ice Storm" and called it “earnest” and “moving.” Booklist said "this memorable debut will strike a universal chord with readers." Visit her website for upcoming readings and panels. I'm thrilled to have Jessica back on my blog. Thank you, Jessica!
What sparked the novel for you? And why do you think what goes on in families is such fertile ground?
When I was a teenager, my girlfriend’s mother committed suicide. The idea of a mother leaving her kids in this way was horrifying, unspeakable, mystifying. And, in my affluent Boston suburb where things like this were not supposed to occur, it was handled badly by the community. No one—none of the adults or kids at my school—talked about “it” except in whispers and then not at all. The ensuing silence was loud and it imploded with the force of an emotional black hole. I watched my girlfriend change. Her behavior became hyperactive and brittle. The loss of her mother might have brought us closer as friends but the opposite occurred. A competitive tension filled the unspoken void between us.  As much as I hate to admit this, I even became jealous of her new identity as a girl whose mother killed herself because it set her apart, distinguished her in a way no one else could touch. In my twisted, insecure adolescent mind, my friend’s new status as an abandoned child gave her a unique position among us. People felt sorry for her. I felt this bizarre jealousy because I felt abandoned by my own mother, who was emotionally distant but still very much alive and in my life. How could I get sympathy for that? All these complicated, unsavory feelings stirred up layers of emotional muck and stayed with me for years. Writing Night Swimgave me an opportunity to revisit this old issue of abandonment, and seek some kind of resolution and peace around it.
What was the whole writing process like? Do you talk about your work with others as you are writing it? Do you outline or do you just follow where the story takes you?
When I’m working on a new novel, I’ve learned it’s best if I stay mum and say very little about it to others until I’ve written out a complete first draft. At that point, I may show it to a few select readers. In the past, I’ve made the mistake of showing early versions to too many readers, so I’m careful about that now. Too many external voices, too soon, can overwhelm my inner voice, my inner compass. If I can’t hear myself, I become confused and upset and creatively tangled up.
As for outlines—I don’t usually work that way. I prefer making lists and using file cards to organize plots and characters. I write notes. I ask and answer questions around “issues” if I’m having trouble getting at the essence of something or not understanding what’s motivating a character.  I’ve tried writing outlines but for me that process becomes too intellectual or cerebral.  I work best, I think, when I follow my instinct and emotions and let the story and characters guide me.  Eventually, input from others is useful, but not in the early stages.
What has it been like to publish with the prestigious Fiction studio imprint?
Liberating. It’s pure joy having Night Swim out in the world.

What's obsessing you now?
My new novel. I’m thinking about it every day. I’ve written a draft and the next big push is another round of revisions. I’m not going to say much about yet.  But, I’m okay telling you that it’s set primarily in Budapest, Hungary.

What question didn't I ask that I should have?
What about: How is the process of promoting your book going for you?
Promoting my work has spurred a different set of thrills and insecurities. I love hearing from readers. There’s nothing more gratifying.  And, thankfully, reviews have been wonderful.  At the same time, I see how much work it takes to get the word out. There are many, many wonderful novels and writers peddling their new wares every month.  It can be daunting. If I think too much about that, I become uncertain. So, now, I’m trying to find the right balance between public and private work—that of peddling Night Swim by giving readings and participating in panels versus hiding away in my office to finish my newest novel. It’s a blessed dilemma.
--
Posted by Caroline at 6:17 AM

Wow, I can't wait to read this. And kudos to you for being so frank. I think that teen jealousy of someone with a "real tragedy" is an emotion that will resonate with many. Looking forward to my copy in the mail -- hurry up, mail! :)

Thanks to both of you for such a thoughtful interview. Night Swim is a gorgeous novel. I truly loved it, and I'm looking forward to reading your next one, Jessica. And I'm the same way about that first draft. I can't let anyone in until I reach the finish line, but then I definitely need the feedback!

Honest and insightful. I find it so interesting how some writers know that they are outliners, and others know they have to find their way by some other circuitous route. Good luck finding the balance of Night Swim promotion and the new novel! It sounds like you have your head on straight about it.

The honesty of the writers thoughts and her relationship to the motherless girl make for an engrossing premise. This is a book I'll read (and tweet about).

Wonderful interview. Thank you, Caroline for interesting me to Jessica, my new FB buddy. I devoured her book and learned so much. Internet hugs to you both. You inspire me daily.

I meant "introducing me to Jessica." Sheesh!

I loved Night Swim, and saw so much of my teenage self and that of others I knew, it was eerie. Lovely interview, Jessica and Caroline!

Wonderful interview. It's great when writers tackle difficult subjects that are close to home. It's on my TBR list and I can't wait to read it.

I adored Night Swim. The writing was so beautiful and poignant I didn't want it to end. I can't wait to read the next one, Jessica!I also only show a draft to a few people whose opinion I value, otherwise too many opinions make me question myself so much I don't get anything done!

Great interview--I've always loved books published by Algonquin--I live about 40 minutes away from them and can't wait to read Carline's work. Thanks for a great interview! Oh, this is Anne Barnhill because I can't figure out how else to sign in...