Director/writer Drake Doremus talks about love, life and LIke Crazy 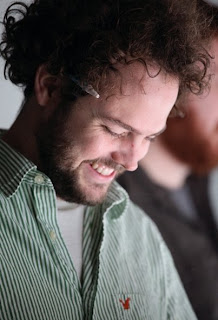 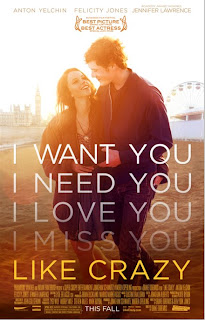 Ah, love.  Rapturous. Tortured. Insane.  To die for.  Like Crazy hits all those beats and more and critics and audiences are falling head-over-heels hard for it (the film swept Sundance)--and with good reason. I'm thrilled beyond words to have this interview from Drake Doremus, the film's uber-talented director/writer (he co-wrote the film with Ben York Jones.)
Drake, I can't thank you--and Paramount Pictures--enough. I'm wrapping up the planet Saturn for both of you, as my thanks.
The best films, to my way of thinking, are the most personal.  What drew you to the subject of long distant love and what were you expecting to discover as you made the film?
Just about every rave review I've read has mentioned the blazing honesty of the film, and how you depict young love in a way we've never seen before, which, of course, is what every artist wants to do--to create something. Since almost all of the novelists I know always think they are failing right up until they get on the bestseller list or win prizes, I wanted to put the same question to you. Do you have doubts as you are working? And if so, how do you handle them?
As far as trying to depict something never seen before, I certainly try as hard as I can every day to focus on being honest to myself first and foremost, whether it be on set or in the edit room. I'm always trying to make sure how I feel is being honestly portrayed. I hate the idea of trying too hard. Mots of the time when I do that, it comes across as false. I try to let the moments speak to me and I try to stay centered on what I want to say.
Yes, I have doubts. I have them every day. I think it's important to continue to have them, otherwise I could get comfortable and complacent. I always want to ask myself, "What the hell am I doing?" At least  twice a day. Making movies is a roller coaster and the thing I learned most from going from one project to the next is that I know what to expect and just how hard each day is going to be. It's the ultimate grind. But it's worth it.  Beyond worth it.
I read that most of the film was unscripted. What was that experience like? Did anything about that surprise you--or the talented cast of actors?
Yes, every day is a surprise. Most people think that because a film is improvised that anything can happen. That is very false. Ben and I spend so much time delicately designing every plot point, and emotional objective for the characters so that things are always on track. The improvisation just allows the performances to be fresh and requires the actors to listen to each other. The actors surprised me every day with how boundless they were.
What's obsessing you now--and why? (And this doesn't have to be a "what film are you doing next" kind of question.)
Love. Always love. The idea of what real love is, what it means, having it, feeling it, losing it, maintaining it, growing it. These are constant themes in my head, so the movies really do reflect that.
What question didn't I ask that I should have?
Ha ha--How about what do you think is most important to you about your work? The answer is that each film is a chapter in the book of growth.
Posted by Caroline at 12:08 PM