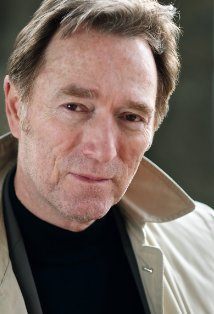 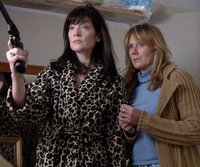 Anyone who knows me knows that I’m fascinated by craft, by how creative people manage to do what they do--and that I am not just a bookaholic, but a movieholic, as well. I first read about the film Tiger Lily Road, Michael Medeiros’, upcoming dark comedy about the lives and loves (or lack of) of two Connecticut women, on Google, and I was instantly fascinated. So I immediately tracked him down and badgered him for an interview. I’m honored to have him here. An actor, director, writer and songwriter, Michael’s acted in everything from Xmen First Class to Synecdoche, New York to The Good Wife and he's the director and writer of Underground. Thank you so much, Michael.
You’re also an acclaimed actor as well as a director and writer. Do you prefer being in front of the camera, behind it or at your desk, and why?

It feels great to switch from one creative activity to another. Sometimes I get to a point where I am thinking, “what the hell am I doing?” I tell myself I have to focus more, but then sometimes it helps to take a break and say, play my guitar, and then come back to film editing. I’ve been a songwriter since I was thirteen, and sometimes when I get editing fatigue I leave the desk and I play for half an hour and it refreshes me. And editing is, in itself, so much about the musicality.

What do I prefer doing? It depends on the day I’m asked. I just finished acting in a film that a friend of mine is doing, and I really had a good time. The material, the character – makes it a good time. And I got to learn a little big of magic for the role. But I do find that directing films uses all of my artistic resources quite thoroughly.

Tiger Lily Road is about the lives of women in a Connecticut Town—how they perceive themselves and the men in and out of their lives. Where did the idea come from?

Well, the easy answer is I’m not sure. The more complex answer is that it came from several places. After I wrote my film Underground, I wanted to make a feature and I wrote several that just wouldn’t have been practical for me to produce. They were too big, too expensive. I didn’t want to spend years chasing five million dollars. I wanted to spend months chasing a much smaller amount. So I was looking for that idea, and then I was up at this Connecticut cottage—my girlfriend’s family’s place—and one night at a party, I got to talking to these women. They were all in their mid to late 40s and none of them happened to be with a man, and I had this epiphany. I kept thinking, what great women they were, how funny and smart and talented. Why weren’t they in a relationship? And I thought, “There’s a story here.” And the story, as it evolved seemed to match up with the whole Connecticut location I loved. I've always found that "place" is one of the strong characters in any story. That probably comes from my acting training with Uta Hagen.

I started imagining –or something started to imagine for me--two women in this house and I started listening to them and following them, and what they were saying, why they didn’t have successful love lives. And then these two women began to split off in different directions, and these two best friends began to be complete characters. And as total opposites, I could use them to dramatize two sides of the same question.

On a deeper level I think the impulse to write it came from a need to express something about women - about how they empathize (or don't) with men and what that may cost them.

How do you write? Did you map this story out or did it organically evolve?

It was more organic. As in song writing, I go until the structure reveals itself. I don’t try to impose it too soon. I always allow that this may only ever be a fragment and then at some point, something clicks in and I know I'll finish it and have an understanding of how.

Did any of the women that sparked the idea read the script? What’d they think?

Well, the characters are not really them. I used the voice, the sensibility, but not the circumstances.

How long did it take to write Tiger Lily Road?
It was about a year and a half from first draft to shooting script. In that time, many people read it and gave notes—some of them quite scathing! I also did four different table readings with full casts of talented actors.

What’s fascinating to me is that you are making people out in the world part of the process by posting snippets from the film and asking for reactions. What’s the response been like?

It’s been fantastic. I have to be careful what I show online. I don’t want to give things away, but it does help to build a fan base.I'll be putting up a highlights reel in the next couple weeks. You'll be able to see it by going to: www.bennettparkfilms.com or by liking us on Facebook at tigerlilyroadmovie.

Distribution. Finding the audience. Realistically, you have to seek the distributors. But now that there is this entire social media thing, it’s a little easier to create a presence before the film is ever released. But it's a lot of work. Eventually, the film will have its own website. But now, at this mid stage of post production, I make a lot of lists - of theaters, distributors, possible supporters.

Question you didn't ask: Who's in the movie?


An amazing cast, including: two time Emmy winner, Tom Pelphrey (a rising star if there ever was one), talented stage actresses, Ilvi Dulack and Karen Chamberlain. I wanted to use theatre trained actors for their ability to conceptualize complex characters. And New York theatre legend, Rita Gardner who starred in the original production of The Fantastiks with the late great, Jerry Orbach. Rita is in danger of stealing the entire movie.
Posted by Caroline at 7:25 AM