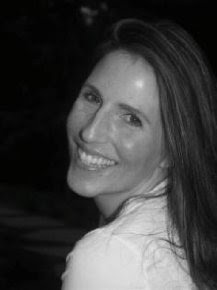 Jessica Anya Blau is a terrific writer. Her first novel, The Summer of Naked Swim Parties was chosen as a Today Show top summer read and her second novel, Drinking Closer to Home is racking up the raves, including being called "unrelentingly, sidesplitting funny." I'm thrilled she's agreed to write something about the art of bravery in writing. Thank you, Jessica!

I frequently meet people who tell me they would write, “if only . . . . “ Maybe you’re an if only person yourself. There’s nothing wrong with being someone who imagines they’d like to write but just doesn’t do it for any or all of the following reasons: kids to care for, laundry to fold, and episode of American Idol to watch, a fulltime job, a part time job, ageing parents who need help, a dog to walk, a refrigerator to clean, a garden to weed, a status update to post on Facebook, a corn chowder to make, a hall closet to clean out, etc. In fact, when I don’t write my house is tidier, my laundry is sorted and my refrigerator doesn’t look like an accumulation of the stuff you shove down the garbage disposal. The truth is, it is much easier not to write than to write. But let’s just say that you want to write even if it means your house looks like it’s been cared for by a dementia patient and your lover is often snarky because you’re choosing writing over giving him a foot rub. Now what?

Now you need to get over your fear. These are the writing fears I’ve recognized in myself and in other people: fear of writing something useless (or trivial, or overblown, or bellicose, or vain, or boring, etc.), fear of being seen as stupid, fear of exposing the wackyness of your family and friends, fear of being discovered as a fraud, fear of exposing your obsessions and eccentricities (strange sex, anyone?), fear of your mother finding out what you really think of her, fear of your children realizing you’re horny, fear of your boss knowing that you actually loathe the corporate world and wish you could hang out in a café all day drinking lattes and checking out the wildly tattooed in Inked Magazine.

The only way I know to get over my fears is to accept them and write in spite of them. Say your fear aloud: If my kids read about this character who is obsessed with smearing jelly donuts on her armpits they’re going to know that I want to smear jelly donuts on my armpits. But so what! Will anyone die? No. Will anyone lose a limb or even a limbic system?! No. So forget about it and just write. You will be relieved, inspired, and overjoyed when you simply allow yourself to write about the characters, situations, and things that honestly interest you. Unlike most professions, you don’t need to be certified or hired in order to write. Take advantage of this lawlessness! Utilize your freedom! Ignore your fears and write from the center of your heart, the bottom of your sex drive, and the furthest recesses of your reptile brain until you’re in the final edits of your about-to-be-published manuscript. And then what?

And then, change the names of all the characters who are based on people you know and enjoy the fact that you’ve been published!

great post. i need to be more fearless--in lots of ways.
i especially love this that Blau wrote:
"You will be relieved, inspired, and overjoyed when you simply allow yourself to write about the characters, situations, and things that honestly interest you."
thanks for a great post, katie

What a lovely post! Thank you! I write, I rewrite, I rewrite again and it's never as good as I want it to be. Am hoping to find a good writing course for some pointers. XX :-)