Laura Kasischke talks about The Raising 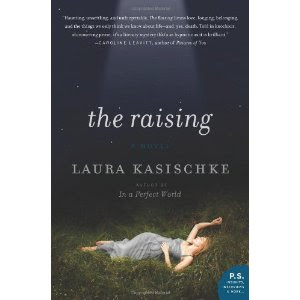 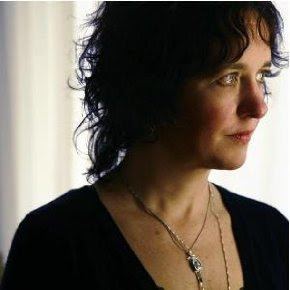 Booklist compares her to Donna Tartt--and very rightfully so. One of her brilliantly haunting novels, The Life Before Her Eyes, became an eerie film. Laura Kasischke teaches in the University of Michigan MFA program and the Residential College. The author of seven collections of poetry and seven novels, she's also one of the warmest, most wonderful people you'd ever want to meet. I got to share coffee with her at GLIBA book conference and immediately wished she lived next door to me. (Hey, Laura, why don't you?) Her latest, The Raising, is about ghosts, death, and the subversive nature of college. Thanks, Laura, for another spectacular novel, and for answering my questions!

I was unsettled and fascinated by this novel--particularly with the material in Mira's undead studies. What was researching this novel like? Did you also suffer any bad dreams or qualms while researching ghosts, zombies, and stories about death?

The information Mira shares in her course, “Death, Dying, and the Undead,” is all factual—in other words her lessons are either actual facts or the established folklore of a time and place. The story of Peter Plogojowitz, for instance, with which she begins her semester, is one of the earliest vampire stories. It spoke to me, when I first encountered it, of some of the concerns of my novel, and as I continued to write, the tale became a kind of phantom tale within the events of my novel. Plogojowitz was a peasant who died in a German village in 1725. He was buried, but within a few days he returned home and asked his wife for his shoes. After that, he appeared to many of the villagers, and several of them died soon afterward. The village became obsessed, and they exhumed the body, drove a stake through the heart, burned it to ashes, and the peasant walked no more.

In my novel, it is a sorority girl who ‘walks,’ and it was my thinking that a college campus is its own village, full of folklore and traditions and initiation rituals. Like a village, it has its haunted places, its ghost stories, its rituals related to the death of villagers. This is what I explored through my research as well as the development of the plot.

And, of course, there is the sexiness of the dead, so readily available to us in the culture of vampires. But not only vampires. During the writing of this novel I discovered that googling the words “beautiful dead girl” yields ten million hits—and so many of them tell the same passionate, tragic, and often semi-supernatural tale. It’s the tale of my novel: the way young death amazes, attracts, terrifies, poeticizes, and changes those around it with its strangeness.

What sparked this novel? And how do you write? Are you an outliner or a seat-of-your-pen/pants kind of writer?

In this novel I was most interested in exploring the differences in the ways those who are young and those who are older consider the subject of death. The romance of death for teens and twenty-somethings seems particularly potent and in the air at the moment—the popularity of vampire lit being testimony to this. Death attracts the young. Why? Further, there is attraction to the romance of the young who’ve died. Only a few miles from my house there is the kind of roadside shrine I write of in THE RAISING: In this case the shrine was erected at the site where three teen girls were killed years ago in a car accident. The stuffed animals and flowers are continually replenished, and the photographs of the girls on placards never change. The girls in those photos are frozen at the ages of their deaths, and something about this seems to me to be as much about their deaths as it is about their eternal lives. This was on my mind continually as I wrote THE RAISING.

In all of your books, you jar reality. You make readers see things in new, and often unsettling (there's that word again) ways. And you mix genres. This particular book is both a chilling read (your promo calls it part Stephen King and part Donna Tartt) and also a smart, literary novel that delves deeply into character. Do you think that by making the readers' ground a little shaky, that you gently nudge readers into looking at life differently--even things they might have taken for granted before?

I don't actually set out to do that. To me, the ground just seems shaky. And if my writer evokes that, well, that's, in my opinion, just the shaky ground...

Can you talk about how teaching (you're a college professor) impacts your work?

This novel was particularly inspired by my teaching, and by my students. I'm not sure the writing itself is any different from the writing I'd be doing if I weren't teaching, but certainly in this case my students and my environment were all-important. The story told in THE RAISING began for me several years ago when I (erroneously) believed I’d seen a former student of mine on campus. I had to hold myself back from tapping this young man on the shoulder in the moment I remembered that he’d died of an undiagnosed heart condition years before.

Of course, this was another student—but so similar in appearance, in manner, in clothing and age (the age my student was when I knew him, which was several years younger than when he died) that I felt anyone would have made the same mistake.

The incident caused me to think about the particular age of this student and his double. Of that time of life, and the experience of a college campus. How interchangeable the students looked to me that day. They looked like one another, and they looked like the people I’d gone to school with myself, two decades earlier, long before I became a professor at the university I attended as a student, in what sometimes feels like another life.

The campus, then, seemed like the perfect setting for the events that occurred to me then. A college campus is full of ghosts and their stories. Suicidal ghosts and homicidal ghosts roam college campuses freely; Greek ghosts and residence hall ghosts, lover’s ghosts and theater-major ghosts may stick around to haunt the places where they died. The fact of death doesn’t skip over a college campus just because its inhabitants are mostly healthy and young, but one could also say that college campuses are haunted not only by the dead. Being, as they are, inhabited by young adults who stay only a short time, and who, for the most part, don’t return, there’s an endless parade of souls through the place, and not much but fading memories of them left behind after their diplomas have been taken away. No matter how vivid those years seem at the time, they’re brief and liminal. It’s a threshold time. A time between times:

A ghost is someone who is there, and not there. What better definition is there of those years between childhood and adulthood that so many spend in college? Return to your college campus decades later, and see yourself as a ghost on every corner. Every year someone new takes your room in the dorm, and wanders the hallway as you did, hurries down the stairwell, waits for the hot water to run in the shower stall, stands in line outside the cafeteria. Here, to be a ghost you don’t necessarily have to be dead.

You've also had films made form your books. Though I really loved the film of The LIfe Before Her Eyes, I didn't love it half as much as I loved the book, which seemed to me to go much deeper and to be much more unnerving. Did you ever want to write a script yourself?

I did try to write a screenplay once, but since what I like to do most in writing is to describe the details of a landscape and the sensory experiences of the characters--well, it was a pretty awkward screenplay.

Have you ever actually seen a ghost?

Well, I saw something/someone! An old hag in the doorway who ran toward me, and disappeared in thin air when I screamed. I was five at the time, and when I told my mother and grandmother, instead of saying what most adults would say to a five year old, that there's no such thing as ghosts and that I was dreaming, they both nodded and agreed that they had long suspected our house was haunted. I tried to explain to them that I was probably just dreaming, but they thought, no, I'd seen a ghost.

GREAT! Interview. I have goose bumps. And now, another book I have to get...