Lisa Unger ask, "What Kind of Writer AM I?" 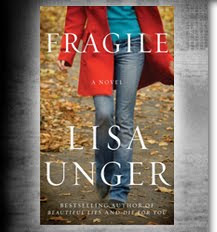 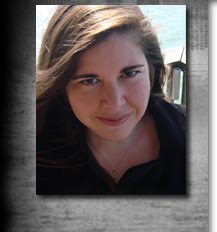 I was speaking to a book group, which I often do. And a woman in the room said, “This is my first book of yours and I really … liked it.” She sounded surprised. “That’s wonderful,” I said. “I mean,” she went on. “I didn’t expect to. I don’t usually like thrillers. But this wasn’t, you know, fluff at all.” This type of thing doesn’t bother me much, though I hear it quite a bit. People bring all their own biases to the table … about each other, about books.

When I began my first novel at the age of 19, I didn’t sit down to write any particular kind of novel. I was just writing what I wanted to write … and that was a story about a troubled woman who had chosen a dark profession to try to order the chaos she perceived in her life and in the world. There was a psychic healer, a former FBI agent, and a high body count. So, yes, I supposed when the book was done, it was in fact a mystery -- or a maybe a thriller. Possibly, it was crime fiction. The point is when my fingers were at the keyboard, the question of what space it would occupy on the bookshelf simply never occurred.

Now, with eight novels on the shelves (well, four of them are still on the shelves), one about to be published, and my tenth newly submitted to my publisher, I still don’t give too much thought to who I am as a writer, what kind of books I’m writing. I still write from that inner place and honor the voices in my head. Which is why I was about halfway through FRAGILE before I realized that it was different from what had come before it. And that it was the book that I had been trying to write, in one way or another, for more than twenty years.

This story has tried to find its way out in various partials over the years. Always with different voices and never quite succeeding to resolve itself. I was surprised when it surfaced in FRAGILE. And in writing this book I learned something truly interesting: one can have ambitions to write a story but not have the talent or the craft to tell it well. It took the writing of eight novels before I had the skills necessary to tell the story, to write the kind of book that had simmering for decades.

I know there can be some snobbery in the industry – and, clearly, among book group readers. If you’re writing mystery or thriller or crime fiction, there’s a sense that you’re not writing as well as those who are writing “literary” or “general” fiction. But we have only to look to writers like Laura Lippman, Ruth Rendell, Dennis Lehane, Kate Atkinson and George Pelecanos to know better. I’d go so far as to say that some of the best people writing today are writing in crime fiction. And I think if you asked most writers what kind of books they write, most of them would pause. The answer they’d give might not be their own, or one that they feel quite fits. I certainly don’t claim to know the answer when I’m asked. I always nicely say, “Maybe you should read my books and tell me what you think they are.”

So, years later, I guess I’m still trying to decide what kind of writer I am. Or not. Maybe that’s up to the people who publish me, sell me and read me. Maybe I’ll just continue to follow the advice I give to my fellow writers when they are in a place of angst about genre, or publicity and promotion, or advertising and bestseller lists: Nose to the keyboard. Because, as writers, that’s where we’re at our best; it’s usually where we’re happiest. That’s where I was when I wrote FRAGILE and all my novels – whatever they wound up being when they were done.

Lisa, can I tell you how encouraging it is to hear you're still discussing this after so many novels written? Some writers seem determined to pigeon-hole themselves, probably because that's what the industry does. Rock on, indeed! Can't wait to read your latest. K.