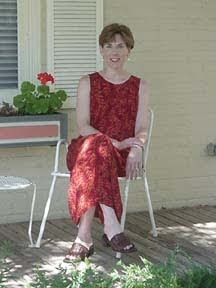 I'm deep in Writerland, braving the wilds, hoping my shots work and watching out for wild prose-destroying beasts-- we won't even talk about the ego-mashing ones. I'm very grateful to the fantastic writers who offered to write guest posts for me, starting with Karen DeGroot Carter (Thank you, Karen!)

The Writing Process: Entering the Zone and Staying There…

This means in Spite of It All. Even if it means telling it all to go to hell. The laundry that should be done before a loved one is forced to fish a dingy must-wear shirt from the hamper, the bills that should be paid before the electricity and water are turned off, the weeds that should be pulled before the garden chokes on its own excesses. While you’re at it, exorcise the word “should” from your vocabulary. Either do it or don’t, but feel free to brainstorm about writing projects at the same time. When you write, however, do nothing else.

Sounds simple, I know. This and the charge to write before you open e-mail or check Facebook each day. Write at a certain time each day. Write while wearing your favorite fishmonger sweater, burning your favorite soy-based cucumber-melon candle, and drinking a cup of your favorite blueberry-pomegranate-with-a-dash-of-cinnamon herbal tea. Unless all this is more distracting than it’s worth. Then, just write. The task of putting pen to paper or tapping on keyboard keys can send you into a productive writing zone faster than any plans or preparations.

I find entering the zone when I’m not writing easy, too. Showering, yard-working, and about-to-fall-asleeping always allow my subconscious room to open wide and reveal itself. If I allow it to. When I don’t shut it down because I really “should” be thinking about the next thing on the to-do list, the next day’s urgencies, and because if I let it truly reveal what it has in store for me and my writing, it will distract me from all the other critical tasks at hand. I’m a responsible person, I insist. Daydreaming is not productive.

Or is it? An October 2009 Psychology Today article, How Daydreaming Helps Children Process Information and Explore Ideas, states what many creative adults happily acknowledge (and often use in defense when accused of slacking off): that daydreaming can be “more inventive and ultimately more useful than the task at hand.” And according to a 2008 Boston Globe article, Daydream Achiever: “Many scientists argue that daydreaming is a crucial tool for creativity, a thought process that allows the brain to make new associations and connections.”

If you’re a writer like me with so many other important things to do, however, no scientific statement regarding the benefits of daydreaming can turn moments of silent, seemingly unproductive introspection into works of art. Unless the subconscious is allowed to do its thing and the ideas it/you generate are acknowledged, memorized, and actually written down at the first available moment…even if that means waking up the next day to review—and note, as in on paper—what was considered possible (and possibly even inspired) prior to sleep hours before.

While traveling through the flatlands of Nebraska on the way back into Colorado a few weeks ago, the dullness of the drive lent itself perfectly to a few instances of writerly daydreaming and resultant note-jotting (while keeping one eye on the road, of course). When I posted this creative discovery on Facebook, friends agreed tedious travel can lead to inspired moments of clarity. One friend referred to the legend of the especially productive train ride Abraham Lincoln took into Pennsylvania, where he was scheduled to speak at the dedication of the Soldiers’ National Cemetery in Gettysburg. During that brief time of train-boundness, the (now-debunked) legend had it, President Lincoln composed The Gettysburg Address on the back of an envelope, an address he actually wrote in Washington and finished the morning of the dedication—and doubted many would long remember. It’s always possible “the world will little note, nor long remember” the potential masterpiece you or I write, but it is possible they will. As long as, despite the seemingly steady stream of distractions hell-bent on deterring our best creative efforts, we write it.