READ THIS BOOK: Connie May Fowler's How Clarissa Burden Learned to Fly 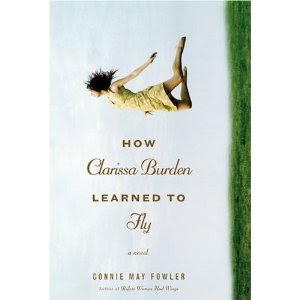 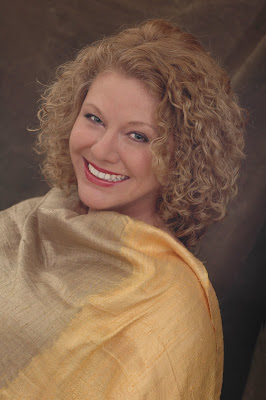 I’ve loved Connie May Fowler’s books years before I knew and loved her. Yes, she’s a friend, and the first thing you have to know about her is how warm, funny and smart she is, the kind of person who’s always on your side. Essayist, screenwriter, and novelist, she’s the author of six novels, most recently The Problem with Murmur Lee, and a memoir, When Katie Wakes. In 1996, she published Before Women Had Wings, which became a paperback bestseller and was made into a successful Oprah Winfrey Presents movie. She founded the Connie May Fowler Women With Wings Foundation, a non-profit organization that was dedicated to aiding women and children in need. For over six years, the foundation provided money to establish new domestic violence shelters or to improve existing ones. The organization funded the establishment of libraries and medical clinics within those shelters.

How Clarissa Burden Learned to Fly takes place in the space of 24 hours and is peopled with ghosts, circus dwarfs, a love besotted fly (my favorite), an inner Deepak Chopra and the moving story of how one woman finds her inner strength and transforms her life.

Thanks so much for answering my questions, Connie.

It was a surprise born from necessity. When I realized that the past and present were rubbing against one another like narrative-based tectonic plates, I asked myself, How am I going to reign in this mess? The last thing I wanted was a 2000 page meandering manuscript on my hands. I decided my best bet was to squeeze Clarissa’s learning curve into one amazing day. That decision was crucial because it gave me a workable canvas.

I loved that Adams, one of the characters, tells Clarissa that to write, you have to risk being scared. That’s one of the most astute descriptions of being a writer that I’ve read. Can you talk more about that, please?

Writing is an exercise in fear. Everyday you face the blank page and engage in an activity that is part craft, part art, part hallucination. If you’re doing your job right, you really don’t know what’s going to happen next. You might trick yourself into thinking you know, but at the same time you have to be open to the possibilities the story presents. The story and the process always surprises. I think that the willingness to live on the edge—to open yourself up to the story, rather than playing it safe by trying to assert your will upon the page—is what separates writers from hobbyists. We know that when we begin a new project, we have—emotionally and intellectually—jumped off a cliff. And we have no idea if it’s going to be a soft or hard landing. All we know is that even amid our fear, we have to keep writing.

The novel is filled with astonishing characters. You get into the minds of a Olga, a ghost who has been grappling with her own tragic wrongs, a fly madly in loved with Clarissa, ghostly children and more. There’s a kind of magic in the world, and other realms that Clarissa just doesn’t see at first. So where did these characters come from? And do you think the past is always existing alongside the present day? And do you believe in ghosts?

I really enjoyed creating this part of Clarissa’s world. The notion of seen and unseen worlds is very important to the overall thematic structure because it reinforces Clarissa’s temporary writer’s blindness: She can’t face things that are right in front of her because she’s wracked with emotional anemia.

The characters arise naturally from the page. The story demands they exist. There is something about the fly being so in love with Clarissa when she feels so devoutly unloved that pleases me greatly. The idea for the novel first came about when I was researching pre-Civil War Florida history and stumbled upon an entry about the Adams-Onìs Treaty of 1819. It required that Spain relinquish Florida to the U.S. two years hence. But Spain, compared to America, was very progressive. Women and black people could own property. Black men could sit on juries. Slavery was deeply discouraged. So what happened, I wondered, to folks who found themselves—with the stroke of a pen, thanks to a real estate deal—homeless and enslaved? As I mused on that hard nut, Olga Villada and her family began to take shape.

I believe that the past and present constantly co-mingle. We carry with us many legacies—some good, some not; some weigh us down and others allow us to fly. But we surely don’t exist in a time vacuum. I think that when we’re at our best, it’s because we’re heeding the lessons of the past.

I grew up in a family primarily composed of ghosts. Our ancestors were all around us. And sometimes—when it got too chaotic or the ghosts too cranky—my mother would freak out and move us, leaving all of our belongings behind. With that kind of upbringing, how could I not believe in spirits?

Clarissa sees many different Clarissa’s in that single day, including the one who goes through the motions and the one who is real. She discovers a power she had given up, and in one hilarious scene, appreciates the abundant curves she’s hidden under voluminous clothing for so many years. Why do you think women give that their power so easily and what can we do about it?

I think mass media, capitalism, and consumerism is the unholy trinity that conspires to steal our power. We are bombarded with images and messages that tell us one thing: You are not good enough. And that message is designed to also do one thing: part us from our money. Buy a face lift, buy a new hair color, buy a tummy tuck, buy liposuction, buy Botox, buy skinny jeans, buy fat jeans, buy, buy, buy. And oh yeah, buy a year of therapy because we’ve made you feel so bad about yourself that you’re really going to need it.

To make matters even meaner, a recent AMA study contends that women over 50 need an hour’s workout a day just to maintain their weight; forget about losing any.

Given that, a pessimist could easily surmise that we are God’s eternal joke. But we’re not. We are beautiful—fat, skinny, young, old, black, white, purple, yellow, and red.

We have to stop believing that there is only one person in the world who is beautiful and that person is white, pencil thin, 20, and sports bleached teeth, big boobs, a flat stomach, no butt, and comes from a “respectable” family.

I once had a woman tell me, “The most depressing part of my day is when I pass the magazine rack in the grocery store.” Amen, sister!

The scorpion’s tail is that not only have we bought into the message that we’re no good unless we stuff ourselves into the marketeers’ vision of beauty, but men have bought into it too.

I think women need to truly be sisters to one another, praising each other’s natural beauty and goodness and teaching—always teaching—how dangerous the dominant message is. When we start believing in our unvarnished beauty and brains, we’ll take back our power. And the men will follow our beautiful ample behinds wherever we might go, and they will be in awe.

Can you talk about the Clarissa Burden Postcard project?

If you don’t have permission to speak—and Clarissa doesn’t—you naturally find yourself riddled with secrets. So, I’ve just launched the Clarissa Burden I’ve Got a Secret Postcard Project so that folks can anonymously unburden themselves. People can send by email or postcard their secrets and I will post them on my website (www.conniemayfowler.com). So far, the secrets are very moving: full of candor, pain, humility.

I have to ask about the arresting cover photograph of your novel. I think I read that is was taken by a sixteen-year-old?

Isn’t it absolutely amazing? Lauren Withrow is sixteen-years-old and she took up photography a mere year ago. The cover image is part of her 365 Project. You can see her work on Flickr and at www.laurenwithrow.com.

What’s obsessing you these days in terms of work? And what question should I be mortified that I didn’t ask you?

I’m taking up a project that I abandoned when Clarissa simply wouldn’t leave me alone. Right now, it’s a novel titled This Experiment I Call My Life. It’s early . . . I can’t really tell you anything about it. And I’m thinking about a non-fiction piece called Sleeping with Dogs, but I’m beginning to think that its creative energy should be incorporated into the novel.

You’ve covered everything, my dear! The only thing I can possibly add is that I’m a newlywed who lives on a sandbar with my wonderful husband Bill and four brilliant dogs. We live frugally. We’re growing a garden. We fish. Bill is considering raising rabbits (Michael Pollan insists they are a sustainable food source and are more nutritious than chicken). We stare at the water a lot. We dance. We laugh, especially when the dogs howl at the moon. And we’re happy. Finally, finally . . . what a great thing to be able to say! Happy.