READ THIS BOOK: SOMETHING RED BY JENNIFER GILMORE 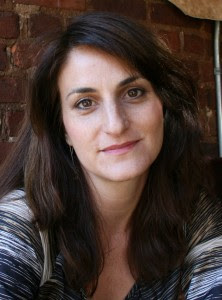 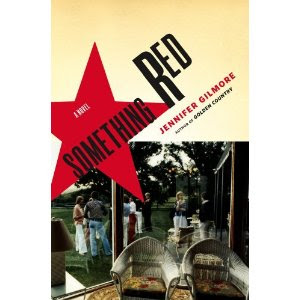 Jennifer Gilmore is wonderful. No, no, I mean it. One of the warmest, funniest people on the planet, she's also a jaw-droppingly wonderful novelist. Her first novel, Golden Country was a New York Times Notable Book of 2006, a finalist for the National Jewish Book Award, on the long-list for the International IMPAC Dublin Prize, a finalist for the Harold U Ribalow Prize, and a finalist for the Los Angeles Times Book prize. Her new book, Something Red is absolutely destined for even greater fame. I'm thrilled and honored to have Jennifer here answering questions. Thank you so much, Jennifer.

Because politics so affects the family in Something Red, I’m curious about how you see politics changing families today. Do you think that yearning to make a difference, to push change, can ever reach the same level today that it seemed to in the 30s or the late 60s?

I think that what it means to be radical or affect change is reshaped by every generation. Each generation has to define the term--and maybe even the term politics--for itself. I think we started to see it again with the Obama campaign. People were banging on doors and making phone calls and signs, like I hadn't seen in a long time. But it dissipated so quickly. I think that has to do with this incredible dissemination of information. It makes us feel that no matter what we do, it's a mere drop in the bucket. And, more cynically, I think it has to do with corporate culture and the way, frankly, our ideals have changed drastically since those two eras you note. For this generation, the "revolution" is going to have to be through technology, which of course, doesn't really work because a revolution, on any scale, is about people. My characters--in the late seventies--are living in a pre-cell phone, pre-computer age, but they are already dealing with the waning of people's will.

I loved the book trailer you did for Something Red, which melds all kinds of images from the 70s that end up having a whole lot to do with your novel, from the cookbooks to the Rosenbergs. I’m wondering what that was like for a writer, who deals in words, to put together such an arresting video, which deals just with symbols.]

Thank you! I'm so glad you liked it. It's interesting because taking many images and putting them together was fun and actually quite easy in regards to my thought process. There are so many story lines in this novel--and those plots and characters are informed by a lot of the popular culture of the era. So excavating those images was like adding another layer to the book. It's distilling it to one image--the cover, say, or finding a title that leads us to one idea, or one larger theme--that is far more difficult for me.

The novel is told from the points of view of each family member that gives it a prismatic effect, as world and personal politics come to light. But the book is also sparkling with all these wonderful details from the period, with perfect little touches. The pages are so alive they practically breathe. What was our research process like? Was any of this material family stories?

My last book dealt in many of my family's stories. Or I should say family myths. In Something Red, though I did grow up just outside of DC, the stories were less familial. Many of the details--the house, for example, resembles my house. The attic room is the same room I blew smoke out of all through high school. And I am chagrined to report my father did do yoga, often without clothes, in the basement. It was more, though, that feeling of being so close to the very mechanism of our government--my sister and I had friends who were the sons and daughters of senators and lobbyists--so close we could get a private tour of the oval office, and yet, be as far removed from anyone else.

And to be honest, '79 was a little before my time, at least my teenage years were a little later! I wrote myself into a lot of research. Who knew I needed to figure out so much about the Cold War and immigration laws, and the Rosenbergs? I read a lot about social movements in this country because, in the end, the subtle nuances between communism and socialism and who denounced Stalin first and who was a Trotskyite, I needed to understand that a lot better and a lot more completely. And I needed to make sure the music was right for the era, the clothes, what people ate (there is a ton about food in this book) and even the way they talked to one another. Just because, say, a law changes in '79, doesn't mean people are instantly referencing it as such. I wanted to get those details absolutely correct. I have this theory now that every novel is historical. The present is just so instantly the past, especially due to the swiftness of technology. These issues of how people really talk to one another, what's in the culture, is an issue that every novelist, even one writing about right this moment, has to grapple with.

Your first novel Golden Country was about the American dream and the immigrant experience, and in a sense, Something Red is about another kind of American Dream—one of equality and politics. Yet both of these dreams don’t quite work out the way the characters wish them to. What do you think this says about the kind of dreams we forge for ourselves and our families, and the times we live in?

Well, I have always been profoundly interested in failure. But Something Red is absolutely the psychic and physical spoils of that dream the characters in Golden Country worked so hard for. But with each generation, what we want changes. The immigrants who came over needed basic stuff--and success was measured in very concrete terms. And in the sixties, women's rights and civil rights could in a sense be measured, however slowly, by physical change. African Americans were no longer sitting at the back of the bus. Women were actually in the work place. Those dreams of equality, or at least some degree of its physical manifestation, were realized. But it gets more complicated--success--the longer we've been in this country. After all, there are other kinds of dreams.

And who measures success is also complicated. I think as our dreams--and with dreams I might in this case say passions and desires--get more individualized, they get harder to mark and so harder to see realized. If you want to make a million dollars, say, you know when you've made a million dollars. (So I hear anyway...) But if you want to be a successful artist, or a great parent, how do we measure that for ourselves? Often we look outward for that validation and to the culture, which as we know, changes terribly quickly. It's an impossible premise. Which of course is where self-help comes in, and all that stuff that deals with the self and not the family or a collective group of people. When there is so much freedom--which is of course what we seek, what previous generations have worked very hard for, and what these characters are looking for in terms of the women's movement, and music, and labor unions--the choices become very complicated because there are so many of them. Which is around about way of saying, while the issue of say, gay marriage is a dream we could see happen in this country, it's gotten more and more difficult for our individuated dreams to come true.

I know publishing now more as an author with occasional peaks inside those elite offices than as an industry insider. It was difficult publishing a novel the first time around, while still working behind the scenes, knowing all that has to happen to make a book a success, and to still make the leap as an author. I knew the pitfalls of fiction, which are laughable when I remember how we used to bemoan the way fiction doesn’t sell; those numbers have dropped significantly. I don't mean to sound disingenuous when I say, I think it would be helpful to know as little possible about publishing as an author. It's certainly the case during the writing process. And while it's useful to be able to say to your publicist, be sure to send my book to this person or that person, and will I be doing this or that event, it's not really helpful to your psyche during the publication process. Know too much or know too little; in this day and age where everything with books, down to what text actually is and what is its value and how will be delivered to consumers, is up in the air, I vote to know as little as possible.

What's obsessing me in my work is everything I'm not doing. I'm fried. I teach full time and life with its powers of cruel distraction has overtaken my writing these days. Without sounding too earnest, I will say I think I am much sadder person when I'm not really working. I don't think writers sort their shit out in their work--wouldn't writers be a happier lot if they did?--but just knowing that there's a reason you've chosen to be sitting there, often staring into space, while the whole world seems to be in motion around you, that makes sense when you're working on a sustained project. Without that feeling, I'm spinning. Soon. I hope to be sitting there staring into space very soon.

So interesting to read about someone who has been on both sides of the page, so to speak.

And I can totally relate to being sadder when not working!