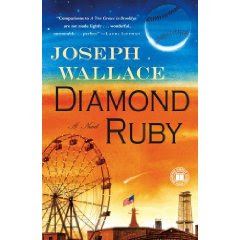 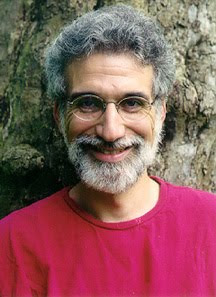 Diamond Ruby is filled with thrilling historical cameos, from Babe Ruth to Jack Dempsey. What kind of research did you do for the book and what was the process like for you?

I loved researching Diamond Ruby! In the microform room of the New York Public Library, I paged through half a dozen newspapers covering every day of the spring, summer, and fall of 1923, when most of the novel takes place. It was fascinating seeing history (the opening of the Coney Island Boardwalk, the death of President Harding, gun battles between rum-runners and Prohibition agents, all the day-to-day tumult of life in the big city) covered from so many different angles. It made those times seem three-dimensional to me, as if I were living inside them.

Before I found a photograph of Jackie Mitchell at the Baseball Hall of Fame, I’d never heard her story either. It’s not completely lost: There have been a couple of picture books about her, and you can find brief biographies easily on the Internet. I think the story is little known, though, because Jackie’s career came to such a quick end when she was banned from baseball by Commissioner Landis. Jackie was just a teenager when it happened, and never got the chance to have a real career, one with an arc that might have made her truly famous.

What surprised me about writing fiction is how emotional the experience is. I’ve loved writing nonfiction, especially meeting fascinating people and getting to tell their stories. But Ruby and the other characters became real to me too, and so it became incredibly important that I succeed in communicating my views of them to readers. I felt I would be letting the characters down if I didn’t succeed in portraying them as I imagined them.

It is, of course, an incredible honor to be compared to A Tree Grows in Brooklyn (one of the best of all American novels, I think) and John Irving’s extravagantly imaginative books. My literary tastes have always been all over the place, ranging from mysteries and thrillers to an ongoing devotion to Latin American novelists and other writers who experiment with form and structure. Recent favorites include Haruki Murakami’s boggling A Wild Sheep Chase and David Mitchell’s equally ambitious Cloud Atlas.

I’m currently midway through the first draft of my follow-up to Diamond Ruby, tentatively titled Ruby in Paradise. (And, yes, I’m obsessed!) It’s set in Hollywood in 1926, three years after Diamond Ruby. The leap forward in time poses me a series of challenges: Ruby is a young woman now. She’s away from her home turf of Brooklyn. She’s in a town that prizes physical appearance above all. Her family is fracturing. How will she react? Will she be as strong and resourceful facing threats to herself and her loved ones as she was back home?