Read this Book: Dear Everybody 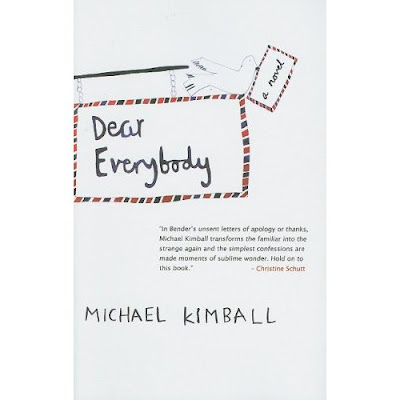 Nice. It's really great to see that Facebook actually works. This was a fun interview to read.

great interview. does justice to the author & his work.

I've been meaning to pick Dear Everybody up. After reading this interview, I think it needs to be bumped up closer to the top of the to-read list. I also think I need to go order it right now.

Great interview, thank you for posting it!

It's always nice when you can not only be informed, but also entertained! I'm sure you had fun writing this article. Excellent entry! I'm been looking for topics as interesting as this. Looking forward to your next post.
--------------------------------
Dissertation Writing Help

I find the article very informative

I have read this book, It not that great