How was Columbus connected with the Spanish Inquisition? Newton Frohlich's astonishing new novel 1492 delves into The explorer's life, Queen Isabella ousting all Jews from their Spanish homeland, and more. 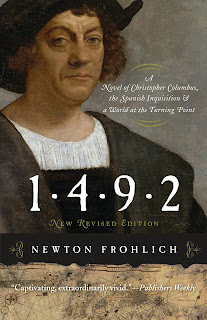 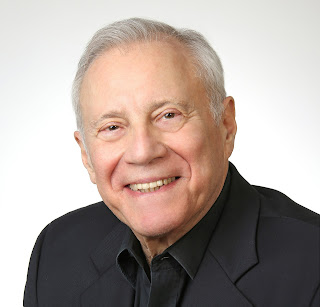 Newton Frohlich is the award-winning author of The Shakespeare Mask: A Novel, as well as 1492: A Novel of Christopher Columbus, the Spanish Inquisition & a World at the Turning Point and Making the Best of It: A Common-Sense Guide to Negotiating a Divorce. A former lawyer in Washington, D.C., he devoted eight years to the research and writing of 1492. He has lived in Washington, D.C., the south of France, and Israel and now makes his home on Cape Cod with his wife, Martha, a musicologist.

Connect with Newton Frohlich on Goodreads and at http://newtonfrohlich.com/.

I always suspect that every novel begins with something haunting the author. What yearning did"1492" start with?

I noticed that Queen Isabella signed the contract with Columbus about the same time she signed her decree expelling the Jews from Spain after they had lived there over a thousand years.  From that question, eight years of research and wiring started.  I wondered what was the connection between those two events was, and the answers came to light, one by one.

What was the biggest liberty you took?

I can't think of any liberty I took.  The facts were so unusual, I didn't have to make anything up.  An interesting, tragic and true story emerged, fact by fact.

What was the whole writing process like for you?

Before work with my editor began, I wrote the four story lines, the Christian, the Moslem, the Jewish, and the Columbus story lines.  Following them one after the other, the story unfolded based on my research in Spain, New York and Israel.

"But to say 'the story unfolded' doesn't do justice to what goes on in the mind of an author who spends eight years writing an historical novel.  And in my case the story is a bit unusual. When I was a lawyer practicing in Washington, D.C. and decided I was going to "retire" at the age of 36 from the law firm I founded with two others that grew to 16 in the brief period of eight years to write historical novels, one of the first things I did was visit Herman Wouk with whom I had become a friend to ask him what was the professional secret of his success.  He wrote Winds of War, The Caine Mutiny, and other books that had been adapted for television and film and I had been impressed by his ability to keep the reader's attention while he carefully delivered the results of his research.

Herman was kind enough to tell me of his approach, which I am pleased to pass along to other writers of historical novels because I find it so useful and true.  He said to study the history until I was sure I understood it, then put my notes aside and tell the story from the mouths of my characters.

As I sat in his study in Washington, I saw that all four walls were filled with books he had acquired and read before he wrote about World War II.  I understood that for him the process of mastering history was not a casual thing, and I made a vow to follow Herman's rule 1. As for rule 2, after I mastered my historical research, I put my notes aside, chose characters whom I thought would best tell the story and let the narrative flow.

Among my characters was Queen Isabella, the driving force behind the military re-conquest of Spain, the Spanish Inquisition, and the ultimate authority behind Columbus' voyage.  So, it was no surprise when my editor told me that a novel is only as good as its villain and Isabella was one of the best villains she'd ever seen.  When I heard that, I also Herman Wouk's comments ringing in my ears, so I smiled and said thank you."

What made the turning point of this book so scary?

Indeed, 1492 was a "scary" time.  The Spanish Inquisition combined with the Queen's need for money to embark on hundreds of years of spying on people, torturing them and murdering thousands of Jews who converted to Christianity.  After they burned them alive at the stake for not being Christian enough, their property was confiscated to finance Queen Isabella's war to reconquer Spain from the Moslems.  When the Inquisition wasn't enough, the Queen also expelled Jews who had not converted to Christianity and a thousand years of peaceful residence in Spain ended on 90 days' notice.  Into that tragedy stepped Columbus, a Jew whose family converted to Christianity almost a hundred years before.

Then, 525 years later, Spain and Portugal passed laws apologizing for their "mistake" and offering citizenship to the Jews.  This unusual event called out for an updated edition of "1492" to emphasize what fear, dictatorship and the exploitation of ignorance can cause if circumstances are exploited to take a wrong turn.  If that sounds scary today, then it should.  Turning points seem to happen when one least expects them.  And as the Spanish-American philosopher George Santayana wrote, "those who do not remember history are condemned to repeat it."
Posted by Caroline at 10:31 AM