Stewart O'Nan talks about CITY OF SECRETS, revolution, cautionary tales and so much more 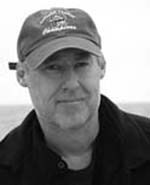 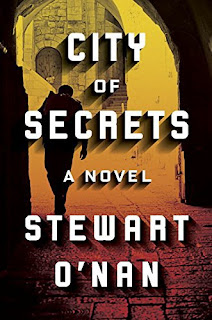 Stewart O'Nan and I share one fun fact-we both know what it's like to live in Pittsburgh (I left in 1980 and he's still there.) He's also one of my favorite writers on the planet, crafting gorgeously written, thoughtful novels that both haunt you and change your life in some major ways.

Stewart O'Nan's award-winning fiction includes Snow Angels, A Prayer for the Dying, Last Night at the Lobster, and Emily, Alone. Granta named him one of America’s Best Young Novelists, and I expect he'll be on any list of Best Novelists even when he's 98.

Thank you so, so much for being here, Stewart.


What sparked this particular book?

Growing up in the 60s & 70s, I've always been interested in revolution, both violent and non-violent, and the role faith has in it.  What inner strength do revolutionaries draw on to commit violence in the name of their struggle?  Likewise, what strength do they draw on to withstand the violence done to them?  How does it change who they are?  What are the moral consequences when the ends matter more than the means?

You've written so many extraordinary books. I always wonder if writing each book feels differently to the writer. Does it for you?

Every book feels different, but imagining Brand was a big reach.  He's lost everything--family, home, country, identity--and sets off into the world with no hope and no direction, but somehow Jerusalem draws him.  Here is where he'll recover his soul or destroy himself trying.  So it's an extreme book, and very much of its time, recalling (I hope) Camus or Graham Greene.

City of Secrets is so alive, so real. What was the research like? And how did you know what to use and what to discard?

The research was fascinating, as it was for West of Sunset, trying to reinhabit Los Angeles in 1937.  The Jerusalem of 1945 is long gone, yet parts of the Old City and the desert are eternal.  The most startling thing was--obviously, still--the bombing of the King David Hotel.  And the idea that, within months, survivors of the death camps became fighters with the underground.  Point of view saved me from succumbing to what journalists call 'Research Rapture.'  If a detail or fact didn't impinge on Brand's true desires, it didn't belong in the book.

What do you think it means to be morally good--something your characters wrestle with--and what's the cost?

Like its weirder cousin, A Prayer for the Dying, City of Secrets is a cautionary tale.  I don't know if I've ever written an exemplary one.  But maybe to be morally good is to try to do your best by everyone, even faced with an impossible situation.  The cost (the reward) is caring, and seeing the world (and time) ultimately take away everyone and everything you care for.

The question you should have asked:  What draws you to this time period?  This is your fourth book set between 1937 and 1945
Posted by Caroline at 9:17 AM