The fabulous Meredith Maran talks about Why We Write About Ourselves: Twenty Memoirists on Why They Expose Themselves (and Others) in the Name of Literature, yearning for a wife, and why you need to preserve truth-telling with preserving your relationships 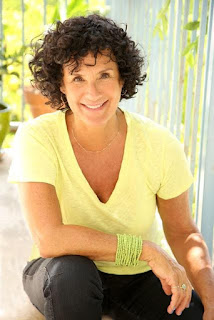 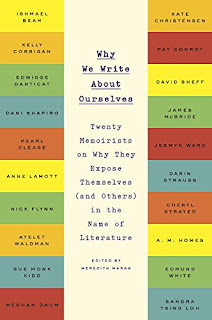 What can I tell you about Meredith Maran? That I once called her up sobbing because I thought I had screwed up something with the New York Times (and she calmly talked me down.) That whenever I need advice or support, she's one of the first people I go to? Not only does she have a heart the size of Jupiter, she's funny, smart, and has the best head of curls on the planet.

This bio she wrote for herself is so full of delights, I'm including it here: She published her first poem in Highlights for Kids at age six, her first national magazine article at age 15, and her first book at age 18. In the years that followed she built a house and raised goats outside Taos, installed brakes on the Ford assembly line in San Jose, and wrote an exposé of right-wing fundamentalism in Silicon Valley while working as a technical writer at National Semiconductor. After serving as Editor of the Banana Republic Catalogue (when Banana Republic was still cool), she created award-winning marketing campaigns for socially responsible businesses including Ben & Jerry's, Working Assets, Stonyfield Farm, Smith & Hawken, and Odwalla.

The author of a dozen nonfiction books and an acclaimed novel, Meredith is a member of the National Book Critics Circle and the MacDowell Fellows West. She writes features, essays, and book reviews for People, Salon, The Los Angeles Times, The Boston Globe, The Chicago Tribune, The Los Angeles Review of Books, Real Simple, Mother Jones, Good Housekeeping, and other publications.

Why We Write About Ourselves: Twenty Memoirsts on Why They Expose Themselves (and Others) in the Name of Literature is both thrilling, profound, and insightful. The only thing better than having Meredith here would be to share coffee and pie with her. Thank you, Meredith!

I absolutely was enthralled by this book about how memoirists write. How did you go about choosing the writers?

With this book and its predecessor, Why We Write, I started the way a mall starts, by recruiting a desirable “anchor store” and then going after others using that first recruit as bait. In the case of Why We Write About Ourselves, my “anchors” were my generous and steadfast friends Dani Shapiro, Ayelet Waldman, and Annie Lamott. Once they’d agreed to be interviewed, I made a wish list and then went after the others the way a hog goes after truffles.

Given our country’s ongoing struggle with racism, it was very important to me that the book include a representative and diverse group of voices. In fact, I told my editor that if we couldn’t do that, I didn’t want to do the book. Inclusivity in the culture has to start somewhere, and for me it started with refusing to perpetrate the marginalization of those whose voices are normally silenced or ignored.

In the course of recruiting the writers, I was struck by how easy it was to find “qualified” women, people of color, gay people, and writers of all ages. The argument that recruiting for diversity means sacrificing quality really is bullshit! Having a chance to interview Edwidge Danticatt and James McBride and Jesmyn Ward and Edmund White and A.M. Homes was an honor, not a sacrifice! I’m proud of the final mix not just because it’s “politically correct,” but because each writer brings a different life experience and literary perspective. You can’t get that in a book that’s limited to famous white men!

What surprised you about these essays? What didn’t you expect? And as a memorist yourself, what did you learn?

I learned so much! I was beginning work on my own memoir as I was doing the interviews and putting Why We Write About Ourselves together, and I poured every insight and trick right into my own book. I felt like I was taking a class with twenty of the country’s best writers as my teachers and I got to ask them anything I needed to know to move my own work forward. I figured readers would be as fascinated as I was by the answers and pointers that emerged.

The big takeaways for me were these: 1) be harder on yourself than you are on any other character in your memoir; 2) memoir isn’t a diary; it’s a shaped and crafted work of art; 3) there’s no confidentiality recipe. Each memoirist has to balance her own truth-telling with preserving her relationships with the people in her life.

There is always the question, how much truth should you tell—but a deeper question is what is the truth? Five people might see one event very differently. Would you say that the impact of the truth you believe is what matters?

In a word, yes. In the memoir I’m writing now I’m changing all the names and identifying details because my previous memoirs hurt my family members and I don’t want to do that any more. This forces me to examine the really important truths, which are the emotional truths.

I loved the tips each memoirist gives at the end of the chapter.  I especially loved the wonderful Kate Christensen saying to not be afraid of writing into the heart of what you’re most afraid of. That’s great advice for novelists, too, don’t you think?

In the events we’ve been doing for the book—starting with NYC, where I was joined by Dani Shapiro, A.M. Homes, Darin Strauss, and Meghan Daum—the need for craft has emerged as one of the hottest items on a memoirist’s to-do list. Most of the writers in the book are novelists as well as memoirists, and they agree that the need for character development, narrative arc, and craft are at least as important in memoir as they are in fiction.

Do you think that when a writer writes with blood on the page, with nothing held back, as if they are writing only for themselves, that that is when it becomes universal? (I do, I do.)

Yes. And—in memoir you have to be careful about whose blood you’re spilling.

Annie Lamott says, “if you didn’t want me to write about you, you should have been nicer to me.” But Pearl Clegg says if people have strong objections, you should honor that.  Again, for me, this comes down to “the truth as you personally know it.”  Can you talk about this?

There are two types of memoirists: the Annie type, who say that everyone gets to tell his or her own story; and the Pearl type, who put relationships ahead of telling the literal truth. I’ve done it both ways and I remain stranded in the middle: determined not to hurt anyone by writing a memoir, and knowing that I inevitably will.

I also wanted to mention your wonderful, brave, amazing essay, Where is my Wife, that recently appeared in Salon. Can you talk about the reception you’ve received?

Oy! Admitting that I’m lonely, that I want to be married, that I’m a devoted practitioner of the domestic arts, was the most embarrassing thing I’ve put into print, and that’s saying something. I’ve received some really moving responses, nearly all of them from women in a similar situation. I also heard from the usual cacophony of haters in the Salon comments section. It was harder than usual to read those letters, since they were attacking me personally with comments like “No wonder you got divorced.” Ouch. I’m not one of those people who turns her back on feedback. I aspire to be!

Launching a book! It’s like having the flu, but with room service!

What question didn’t I ask that I should have?
You did it, babycakes.
Posted by Caroline at 5:01 PM