One Play. One Night. 25+ Cities: Victoria Zackheim adapts essays in The Other Woman (Including mine!) for a November 9th play about love, lust, betrayal, sex and deception. 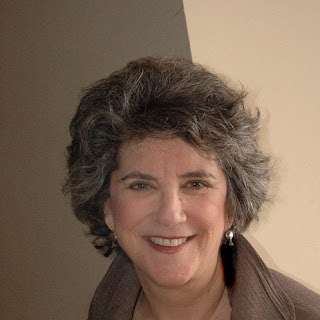 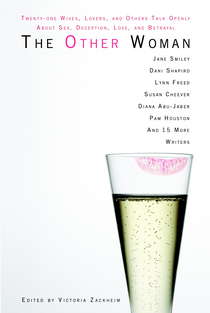 I am so totally thrilled and excited. Victoria Zackheim has adapted essays (including mine, which got me on The Today Show twice!) from her anthology, The Other Woman into an event. One Night; One Play, on November 9, 2015. The Other Woman features five wives, lovers, and others talking openly about sex, deception, love, and betrayal in this compelling drama.

Participating cities/theaters/directors, as of today...more coming:

I'm thrilled, excited and honored to host Victoria here, who has been my heroine for years. She's never seen a "no" that she couldn't turn into a "yes, " she's fearless, funny, warm, and a deep part of my heart--and my family.

So this play originates from your anthology The Other Woman. What gave you the idea for this book?

As the essays arrived, I downloaded, printed, and then read and edited each one. The only distraction I faced was this recurring image of a theater stage. Seated there were five women, and they were having a dialogue/debate/argument/sharing about infidelity.

And what gave you the idea of one play performed one night all across the country?
I was discussing the play with Cynthia Comsky, who is connected to the Ebell Theater in Los Angeles. We talked about a possible reading...and we were suddenly planning a one-night nationwide event! I'm quite sure it was Cynthia's idea...although I'd love to take credit!

The anthology did incredibly well, with appearances on the Today Show, many local/regional television and radio interviews. (I also recall an invitation to launch the paperback on Good Morning America, which never happened...you decided instead to fall down a flight of stairs and injure your head the day before your NY flight.)  What made you decide it should also be a play? And how did you choose which essays should be in that play?

As I read the essays, I not only saw the actors on the stage, but I heard the voices of the authors. I knew there was a play hiding in there—the point/counterpoint of opinions, the tragic and funny and angry stories—and I had the adaptation before the book was launched.

Choosing the essays was by far the most difficult element. In the four readings I've done since 2007, I've used perhaps ten essays...but never more than five for the play. The five selected for this nationwide reading represent five very different experiences of infidelity. Connie May Fowler rants against it, Aviva Layton was the other woman and has no remorse, Maxinne Leighton became the other woman when she was a little girl molested by a trusted uncle, Mary Jo Eustace suffered a media explosion when her husband left her for Tori Spelling, and your piece pulls us into the life of a trusting woman who is figuratively stabbed through the heart by both her husband and her dearest friend.

I need to digress for a quick moment to say that Ellie Mednick, now senior executive at the Lark Theater in Marin County, was instrumental in the 'reawakening' of this play. It was Ellie who directed it in San Francisco several years ago. There have been many changes since then, but Ellie never stopped reminding me that it had promise.

You are one of the most amazing people I know, reinventing yourself all the time. You started as a novelist, but you're now a playwright, essayist and a screenwriter. Tell us about all of this, and what is your next challenge?

I do love the novel, but I'm afraid I lack the patience it takes. (Having said that, I should probably add that I'm working on my second novel, and have been since....1996!!!)  Theater, film, television offer something that resonates within me: the process of putting voices to words, faces to images, within settings that evoke both time and place. In film, I can say/show in ten words what it might take three pages to convey in a novel. It's the glance, the shrug, the lowering of the eyes... they convey so many emotions and thoughts. I love that challenge. I also love that I can close my eyes and see the entire scene, hear the voices...it's magic.

I'm now working on a pilot script for a television series. I have the great fortune to be doing this with the queen of mystery writers, Anne Perry. I've no idea where this will go, but we're having great fun creating this!

There already has been one staged reading of a previous incarnation of this play in NYC. How did it feel to see your work on the stage?

The staged reading in June 2007 is one of the most exciting moments of my life. How not? Reading my adaptation were the most gifted actors: Penny Fuller, Kathleen Chalfant, Ellen McLaughlin, Winslow Corbett, joined by author Connie May Fowler. The audience response was thrilling....and if I remember correctly, a film guy rushed up to you minutes after the play and wanted to option your essay for a film.

What's obsessing you now and why?
I actually have the "pleasure" of obsessing over two major projects! The first is the 11/9 simultaneous readings of the play; the second is this television series I'm writing with Anne. I'm at the age where passions run deep and time is running out!

What question didn't I ask that I should have?
Victoria, have you ever thought of falling in love again? Why Caroline, funny you should ask. If he's brilliant, funny, kind, liberal, and isn't fixated on marriage, who knows?

The other question you didn't ask: What are afraid of? Not living long enough to do all the projects I'm yearning to do...and since that would take perhaps 30 years, the fear is well founded! On the other hand, I give everything my best shot. If it doesn't work, I've tried. If I don't try, I've failed. No one fails if the attempt is made.
Posted by Caroline at 9:57 AM