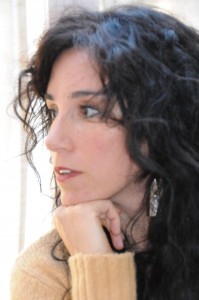 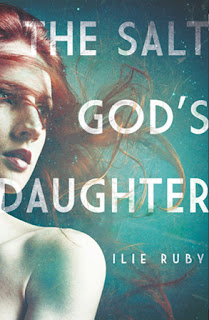 “This enjoyable read stays true to this objective throughout, bringing unforgettable characters to readers through circumstances that are believable, yet nestled in the cultural traditions and superstitions we sometimes need to guide us through difficult times.”
—The LA Review
“When a blue moon rises, mistakes can be undone, lost children can find their homes, and sea lions can shed their skin… This is a bewitching tale of lives entangled in lushly layered fables of the moon and sea.”
—Kirkus Reviews
“Lushly woven with elements of folklore, Ruby’s novel is a captivating inquiry into the generational, wayward bonds of mothers and daughters.”
—Booklist
Ilie Ruby's The Salt God's Daughter came to me through the mail, and because the cover was so gorgeous, and the story seemed so intriguing to me, I put it on my to-be-read-and-reviewed shelf. I began to read a week later. And I couldn't stop. The writing is so evocative, the story so enrapturing,  that I devoured the novel in two days and spent the next week obsessed with it. Finally, I contacted Ilie because I had to meet the person who wrote such a book.

I consider Ilie Ruby  a  wonderful friend. I'm thrilled to have done  a panel with her at the Tucson Book festival, and even more fun, to have interviewed her at one of her many packed appearances in New York City.  She's also the author of the critically-acclaimed The Language of Trees, which was a target Emerging Author's Pick and a First Magazine for Women Reader's Choice.  The Salt God's Daughter is about what it means to be different, how we find our way in the world and manage to survive. It tells the story of Ruthie and her older sister Dolly who grow up under their mother's exotic stories, and the pull of the ocean. Full of folklore and Jewish mysticism, this novel is as original as Ilie herself. Truly, one of my favorite novels of this year, and any year. It's now just out in paperback and trust me, you want it immediately.

Excerpt from The Salt God’s Daughter by Ilie Ruby

Ruthie, 1972
We ran wild at night, effortless, boundless, under a
blood-red sky—to where and to what we couldn’t have
known. We craved it, that someplace. We were two little girls,
sisters, daughters with no mother, distrustful of the freedom
we were given, knowing she shouldn’t have left. We tore across
dirt campgrounds where we slept, naked but for our mud boots,
letting the wind shiver up across our bare chests. We stole bags
of chips from the canteen on the pier. Our feet pounded the
crushed oyster shells in seaside motel parking lots when we’d
search for drinking water, and we let calluses thicken up our
soles to withstand the hot desert sand, or dash over a highway
of broken glass, wherever we’d been dropped. We scampered
across the foggy cliffs that separated Pacific Coast Highway
from the ocean in old ballet slippers, as nimble as two fairies,
our long red hair whipping into tangles in the wind. We
bumped up against the night, without stopping. We stole wrinkled
leather sneakers that were two sizes too big, and wore
them until they fit. We raced in the sand, fought in the dusk.
We knew we were not invisible. We tightened belts around our
stomachs at night and bicycled unlit sidewalks and sometimes
tucked up our knees and steered with no hands through the
darkness. No one hit us. We believed we were unstoppable. We
slept under sleeping bags, beneath trees, and pushed our backs
against cliffs, our noses cold.
We waited for our mother to come back.
“Ruthie, do you miss her?” Dolly asked.
“No,” I lied.
We talked of Cool Whip and ice cream, of warm apple crisp
and salty Fritos. We dreamed of flying.
Then my mother came back. We’d crawl into our station
wagon at night, trapped by her need for freedom, and then
by her soap opera, General Hospital, which we watched on her
portable television. Afterward, we listened to folk songs and
Hebrew prayers as she’d strum a fat-bellied classical, knowing
this meant that she was feeling fine, that she had acknowledged
she had two little girls, whether she wanted us or not.
We used our fingernails to cut away ticks from our legs, and
we cleaned up her empty bottles before she’d wake up. We bit
at the skin around our nails, leaving it swollen and red.
If I told you that I ached for a different mother, I’d be lying.
I ached for my own, every minute. As motherless daughters do.
She was our child. We didn’t know anything different.
Everyone knew a mother was a daughter’s first love.
When she asked if we thought she was still beautiful, we
said yes, because she was. We told the truth about the steely
lightness of her eyes, how quickly they changed color with her
emotions, from gray to blue, in parts. We lied when she asked
if we thought she’d fall in love one day. We said yes.
It was as possible to miss someone who was right in front
of you as it was to miss someone who had left. It was also
possible to miss someone who had not yet been born. This
I had learned. My mother had told us as much. We walked
around craving everyone, even before they’d leave. We never
thought it would end, our ache. Often, from the windows of
my mother’s speeding green Ford Country Squire, we shouted
out the words to James Taylor ballads and motioned for truckers
to honk on demand by pumping our fists up and down. We
grew cocky, forgetting we were people who had been left.
We were already nomadic, and from the most primal of
places, we had become hunters, always searching for someone
or something we could lay claim to, hook ourselves onto, to
quiet our trembling clamorous souls.
As long as she came back for us.
Posted by Caroline at 9:05 AM