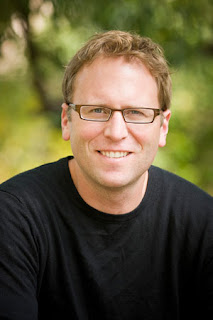 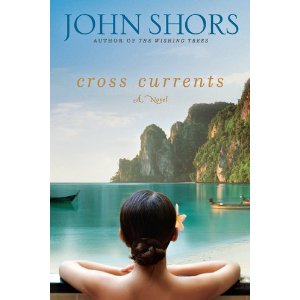 When bestselling author John Shors sent me a copy of his terrific new novel Cross Currents, he sent a little shell in a box along with it--which I now have on my desk and treasure as much as his book. Both Amy Tan and Robert Olen Butler have called him a masterful storyteller, and I'm chiming in. Cross Currents is an unusual story of a family's drama set against Thailand's 2004 tsunami and I'm thrilled to have John here to talk about it. Thanks, John!
I had asked John a bunch of questions, but it struck me how his answers read even better without the intrusion of my queries, so here they are, and thank you, thank you, John.
I have been fortunate enough to do quite a bit of traveling overseas. One of the most magical places I’ve been to is a small island in Thailand known as Kho Phi Phi. There are no motorized vehicles. The beaches are perfect. The locals are friendly. When I first traveled to Kho Phi Phi in 1992 I felt as if I had uncovered an unknown slice of paradise. I returned every few years thereafter, and felt even more connected to the setting.
On December 26, 2004, I watched in horror on my television as images of the Indian Ocean Tsunami came to vivid life. Thailand was hit hard, and I soon learned that Kho Phi Phi was devastated. I wanted to fly to Thailand and help, but my wife and I had two toddlers at home, and international travel wasn’t practical. And I so I waited, finally returning to the island in 2007. I had expected to see widespread devastation, but the Thais had rebuilt almost everything. During my trip I spoke with many locals who had survived the experience, and their stories of saving others and being saved by others were extremely inspiring. It suddenly occurred to me that no one had ever written a novel about the Indian Ocean Tsunami, despite the fact that it was a global event. The seeds of Cross Currents were planted on that trip. I felt like I had an opportunity to create a special story and immediately starting thinking about how it might unfold.
The research for Cross Currents was fairly straightforward. I had been to Ko Phi Phi many times, so I felt as if I had a good understanding for the island and its inhabitants. The challenge in terms of the research was recreating the tsunami in an accurate way. To ensure success with this, I interviewed many Thais who had survived the event. Their descriptions gave me a strong sense of what happened. I came to imagine how the island was consumed by the wave.
One of my goals with my writing is to bring beautiful places and cultures to life on the page. To make that happen, I visit the places I write about, and get to know them well. Once I have created a rapport with a setting and a people, I then go back to the States and sit down and really think about the story that I want to tell. I create a detailed outline, though I find that once I’m neck-deep in the first draft that the story seems to gain a life of its own, taking me in directions that I hadn’t expected.
Well, I’m quite pleased with Cross Currents and am eager to see how people react to it. I’m donating some of the funds generated through the book to the International Red Cross, and am grateful that the support of so many readers allows me to do such things.
As far as what I’m working on now, I’m almost finished with my first draft of a work of historical fiction that is set in ancient Cambodia and has to do with the temple of Angkor Wat. It will be an epic story, somewhat akin to my first novel, Beneath a Marble Sky, which brought the Taj Mahal to life. I haven’t written historical fiction for a few years, and it’s good to be back in the genre, though all of the research definitely adds a layer of work to the writing process.
And, of course, I’m thinking about future books. I know that I will write ten or maybe twelve novels in my career, so it’s important for me to take my time as I ponder what are the best stories for me to write, and for my readers to enjoy.
I also continue to talk with book clubs around the world (via speakerphone and Skype). To date, I’ve chatted with about 3,000 book clubs, which has been a great experience for everyone involved. It’s important for me to try and connect with my readers, and my book club program is one way of doing that.
Posted by Caroline at 11:45 AM