A conversation with Katharine Weber about writing, art and True Confections, her latest novel 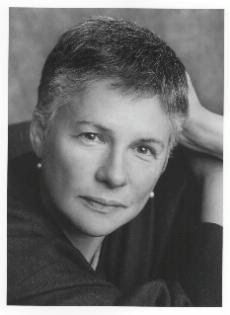 Katharine Weber’s life is a novel in itself. (Note: you’ll want to buy and read her forthcoming memoir.) The author of Objects in the Mirror are Closer than They Appear, The Little Women, The Music Lesson and Triangle, and the granddaughter of famed songwriter Kay Swift, she has no college degree, never took a writing course, and yet has taught at Yale and Columbia. Her latest novel, True Confections is an uproariously funny, provocative and smart novel about belonging and family, racism, Jews and the candy business. The raves began prepublication and continue to be astonishing, from the L.A. Times, the Chicago Tribune, the Cleveland Plain Dealer, The Washington Post, The New York Times, and more.

Over the course of a few days, Katharine and I got into a discussion about her work and writing in general, reproduced here. I can’t thank you enough, Katharine.

To answer you question on racism, I am sure there are sly ways, and careless ways, to write about racism in a way that is in itself racist. But it is racist to mock racism? Surely that is only offensive to racists. I really wanted to confront racism and the definitions of racism head-on. And I do think satire is the perfect way to do it. For one thing, I think that casual, submerged, endemic racism is much more insidious than overt racism, because it is denied and normalized even as it occurs. So, yes, I do mean to make people squirm a little, and then ask themselves why? What about that feels wrong, or what about that makes me feel a kind of chagrin about myself, and what about that activates the PC police, who are, in their own way, as blinkered and close-minded as bigots. Censoring anything that takes up issues of the complex issues of race does not solve racism.

Also -- I think women writers are expected to be nice, and to be well-behaved and proper, and not cause offense or upset anybody in any way, and I am serious when I say that I think the threshold for disapproval -- by purse-lipped priggish readers, by the Mrs. Grundys -- comes much sooner for women writers than for male writers.

Does the guy singing, "Say, Dat's Tasty!" at the end of the jingle seem racist to you? Why? Does it make any difference that the vocalist who sang the line for the jingle is actually Caucasian? Does the word "dat" have a specific connotation? What? Why? How do we feel about Uncle Ben's Rice, and Aunt Jemima on the box of pancake mix? Are they okay? Are they only not okay when pointed out, but okay when not discussed?

I recognize that for some impatient readers who prefer the simplicity of a single narrative line, one straight shot, there is too much going on. And you know, it has dawned on me, after five novels, that I am just not going to go into a spasm of anxiety if somebody doesn't like my novel and thinks it has too many parts and doesn't understand why. Perhaps the issue is simply that I am just not the writer for every reader.

I have been asked why, for example, in Triangle there is all that music? Or in The Music Lesson, why is there all that Walter Benjamin? And I can only say that singling out some of the elements in one of my novels that you think are somehow not necessary to the novel feels like asking me why the odd-numbered pages are in one of my novels because you would be happy reading only the even-numbered pages. For me, all these disparate pieces are essential, I have them in mind usually before I begin to write one word of the novel, and the way they fit together IS the novel.

Oh yes, I meant categorized by critics as humorous. Which leads to another questions, how do you deal with the way critics categorize your work? What is it like to get a brilliant review but you feel the critic was not reading the book you wrote?

It's frustrating to be praised but not understood. We all like praise, but maybe even more important to most of us is being understood, being really truly understood. But you can't let yourself be too reactive or too defined by reviews. Like most thoughtful writers, I would rather have a strong mixed review of high intelligence than an empty-headed rave. But even that rave feels good because you know it might win you a few more readers, and among those readers there might be someone who really gets it.

A negative review hurts (and I read my reviews) but it would very rarely make me regret the way I have written my novel. It's hard not to be defensive. It can feel as if someone has just said your wonderful child is ugly and stupid. But opinion is only what it is, one person's response to something you have spent much more time thinking about than she has. And it is important to remember that unless the critic has a personal agenda (in which case he or she shouldn't be reviewing your book in the first place) then the review is not personal -- your book is of you, but it is not you.

The biggest issue for me is that I don't want to be pigeon-holed as a writer. Each of my novels is very different, and that's always going to be the case. But critics and booksellers, and maybe some readers, too, like to slot writers into categories. I do think that every serious female novelist is pigeonholed in a certain way just because she is female. I know this is a tired subject, but it doesn't go away. I believe my novels would be read somewhat differently if I were not a woman. If I were a man, I believe that there would be more obvious comparisons to certain male writers in reviews of my novels. And I believe male critics would more often read and consider my work.

I feel a bit overwhelmed by the various projects I am juggling these days, in fact. I am working on a screenplay revision of my own adaptation of The Music Lesson, which is now on its third option, with a dynamic young director who has made an award-winning short dramatic film of a short story of mine. And I am working with a creative team to revive the hit 1930 Broadway show Fine and Dandy, the score for which was written by my grandmother Kay Swift, whose musical legacy my husband and I manage. And I am on staff at Star in the Arizona desert at least once a year. There are just not enough hours in the day or days in the week or weeks in the month or months in the year.

What's up next is a nonfiction consideration of family stories, memory, and the impulse to create narrative. It is manifestly a memoir, with the title Symptoms of Fiction, but it is also very much about telling stories in a family, how we are shaped by those stories, and how we tell our own story to ourselves and others. I have contributed several essays to collections over the years that touch on key aspects of my story, and finally it felt that the time was ripe to put this kind of writing front and center. But I have three novels in my head that will come after that's done, I hope in the middle of this year, and as much as I am loving writing this memoir, I really look forward to returning to fiction.

Thank you both for this. Just wonderful.

Wonderful, wonderful Q&A and insight into the novelist's process. Thanks Caroline and Katharine!