Read This Book: Breaking the Bank 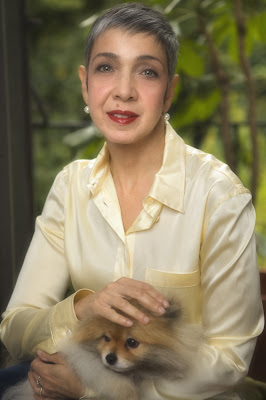 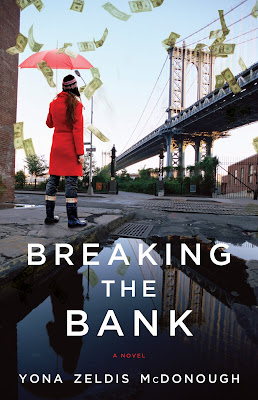 I’ve known Yona Zeldis McDonough (check out her website for giveaways and contests) for years now, and there’s no greater pleasure than when a wonderful friend is also a wonderful writer. Thanks, Yona, for answering all my nosy questions.

No, it was not deliberate at all. When I write, I hear a voice telling me the story. It’s a crazy, blissful feeling and at its best, it makes me feel as if I am transcribing something told to me by someone else, rather than inventing something myself. So I can’t predict what the voice will say or how it will sound; I can only listen, hard, to what it says. What precipitated the writing of this novel was a conversation I had with my brother in which he observed that whenever a bank made a mistake, it was always in their favor. I countered by telling him how I once was given an extra $400 that was not mine by a teller. I had a momentary frisson when I counted the money and realized her mistake but I found I was unable to keep it and returned to the window, to tell her what had happened. She was inordinately grateful; it was her very first week on the job and had I kept that money, she would have been fired. Of course I hadn’t known all that when I decided to give the money back, but I felt rewarded in some small way for having done the right thing. As I shared all this with my brother, I started thinking about how the story might have been different had an ATM, not a person, given me the money. What might I have felt and done then? Our conversation triggered Mia’s voice in my ear.