Alien Encounters, Hard Science, and the Passion of John Mack. Ralph Blumenthal writes about his fascinating new book THE BELIEVER

I'm fascinated by what people believe and why they believe it. A friend of mine told me about renowned former New York Times reporter Ralph Blumenthal, who had co-authored a series of articles on the secret Pentagon office to investigate Unidentified Flying Objects, or Unidentified Aerial Phenomena. He's written an absolutely fascinating new book about John Mack, a brilliant Harvard academic, who believed that space aliens were abducting humans.

The Passion of John Mack:

A Hero’s Journey Into the Heart of Cosmic Darkness 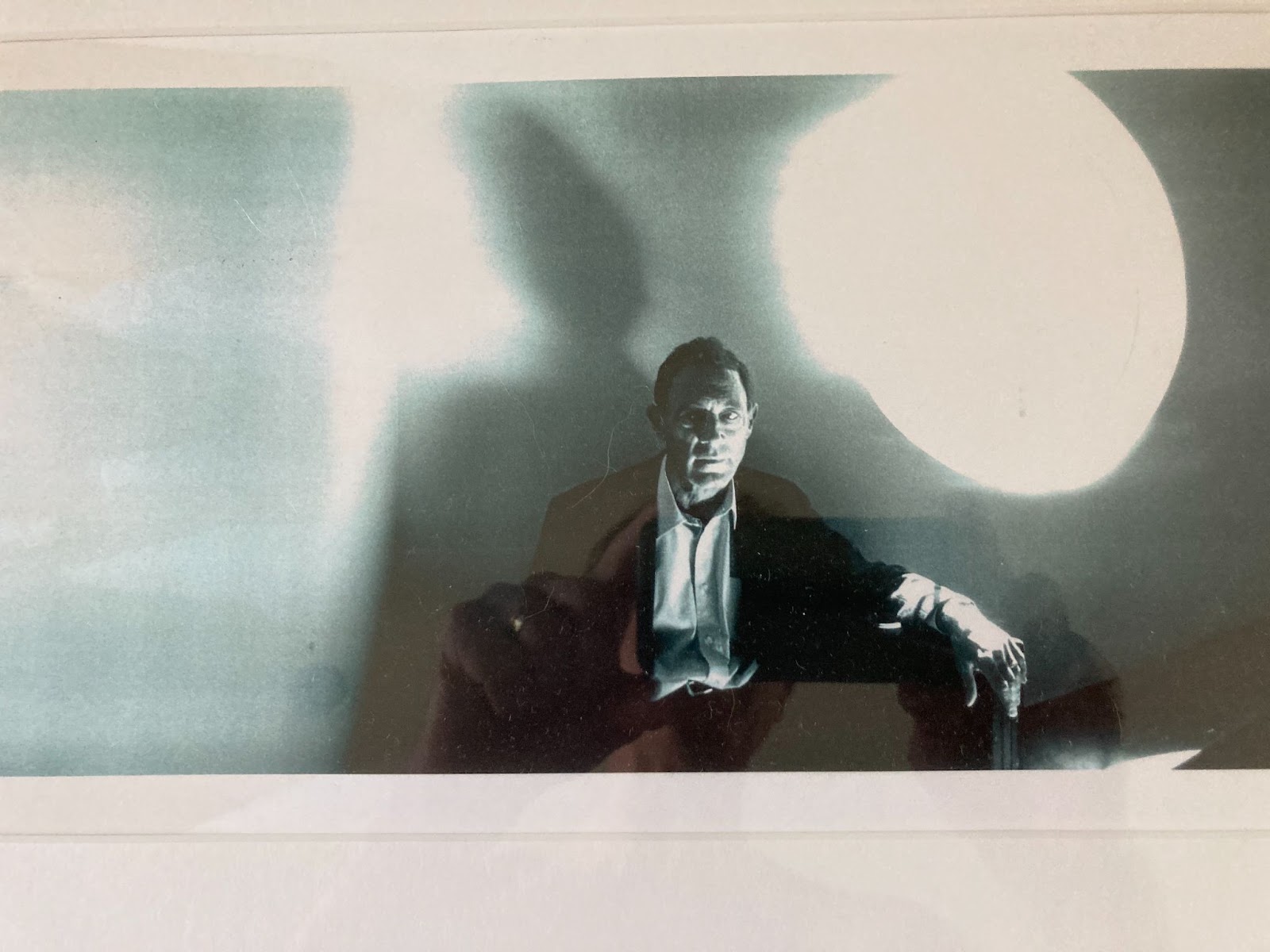 What was I thinking when a used paperback fell into my hands in Texas in 2004? I can’t honestly remember. As the new Houston bureau chief of The New York Times, I was always looking for story ideas. But I sure wasn’t thinking that here was a book that would upend my world and send me on a voyage of nearly two decades into the deepest mysteries of creation.

The title was intriguing enough: “Passport to the Cosmos: Human Transformation and Alien Encounters.” That’s even before I saw that the author, John E. Mack, was a Professor of Psychiatry at Harvard Medical School, and a Pulitzer Prize-winning biographer of Lawrence of Arabia. What, I wondered, was a distinguished Harvard academician doing writing about extraterrestrials? I was more intrigued after finishing the book, an account of Mack’s unlikely investigation of seemingly normal people with stupefying accounts of interactions with unearthly creatures that (who?) abducted them for apocalyptic warnings of planetary destruction, bizarre pseudo-medical tests, and the harvesting of eggs and sperm for the apparent breeding of a hybrid race.

I had spent my then-40-year Times career writing about very different -- and decidedly earthly -- subjects like crime, cops, crooked politicians, and Nazi war criminals. But here was a story hard to pass up. I resolved to track down this Professor Mack for an interview. I had little idea how prominent he already was, having aired his research in two best-sellers, countless articles, and TV interviews -- and having survived a secret Harvard inquest, or inquisition, to use a term of one of his tormentors.

But then I picked up The Times a few days later in September 2004 to find Mack dead. He had been in the U.K. for a T.E. Lawrence retrospective and, looking the wrong way down a London street, as Yanks are wont to do, been run down by an inebriated driver.

That was hardly the end of my interest, but rather a new impetus. Now the story had an ending, however grim. I found Mack’s half-sister, Mary Lee, in Massachusetts and requested access to his archives. She and Mack’s wife, Sally, and their three grown sons, Danny, Tony and Kenny, were too understandably grief-stricken to immediately respond. But I stayed in touch with them and eventually they agreed, making available his vast archives, including his private journals, unpublished manuscripts, home movies and family photographs, even taped sessions with his own Indian guru therapist. The only exclusions were privacy-protected interviews with patients and research subjects, although some of these, too, would emerge over time.

And so began my own quest that would consume the next 17-plus years, through publication of my book, “The Believer: Alien Encounters, Hard Science, and the Passion of John Mack” (High Road Books/University of New Mexico Press). The paperback comes out March 15, 2022, a year to the day since publication of the hard cover. 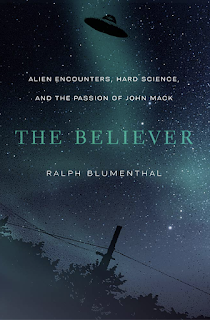 So what did I learn? That Mack had stumbled on a colossal mystery, one that seems as intractable today as when he encountered it in 1990 in a serendipitous visit to another unlikely pioneer, Budd Hopkins, an artist whose sighting of a UFO on Cape Cod had come to obsess him, as it would Mack, with an inexplicable conundrum. Before meeting Hopkins, Mack assumed that anyone recounting an abduction by alien beings had to be mentally ill. But then Hopkins sent Mack off with a bundle of letters from people sharing their unfathomable experiences, and Mack was hooked. He never did answer the ultimate question of what lay behind the abduction riddle but he grew convinced of one thing: somehow, in whatever dimension of reality, something undeniably terrifying had indeed happened to these people.

Mack’s heroic journey into the heart of cosmic darkness (as I came to think of it) was rooted in a maverick stubbornness to follow his own lights, as one of his favorite poets, Antonio Machado, had written: “the path is made by walking.” Mack had grown up with a strong moral compass in a well-to do secular German-Jewish household. His father, Edward, was a professor of English at the City College of New York (at a time when I was an undergrad there -- one of many strange synchronicities I later recognized). Mack’s birth mother, Eleanor Liebman, from a family of transplanted German brewers renowned for their Rheingold beer, had died of appendicitis when Mack was an infant, leaving him with an aching sense of loss that came to haunt his subsequent search for the hidden in the cosmos. Adding to his angst was a new stepmother, Ruth Prince Gimbel, a onetime socialite and strong-willed New Deal economist, the widow of a great-grandson of the founder of the department store chain, who had jumped out of a window during the Great Depression, leaving her with their four-year-old daughter, Mary Lee, who became Mack’s unexpected sibling. (I also later came across some of Ruth’s papers at Baruch College where I was organizing archives -- another synchronicity.)

Mack attended Oberlin and Harvard Medical School, soon joining the Harvard psychiatric faculty where he established ground-breaking mental health services in long-downtrodden Cambridge. He had fixated on Lawrence of Arabia after seeing the Hollywood blockbuster, prompting him to spend a dozen years on a landmark study of the quixotic British adventurer, “A Prince of Our Disorder,” awarded the 1976 Pulitzer Prize for biography. Suddenly the author was a recognized expert on the war-torn Middle East and soon an avid campaigner for peace and protester against atomic weapons. He experimented with LSD and other hallucinogens and, at a 1987 demonstration of Dr. Stanislav Grof’s Holotropic Breathwork at Esalen on the Pacific, excavated new dimensions of his consciousness. He imagined a previous life as a Russian peasant and his mother’s struggle to bring him to life. And it was at another breathwork seminar that he learned of Budd Hopkins and alien abduction.

Mack had quickly assembled his own group of experiencers -- his preferred term of neutrality for those who had encountered God-knows-what -- and soon came to some powerful conclusions. These people weren’t crazy. Something truly terrifying had indeed happened to them. But what? There was, of course, no hard evidence. Yet Mack was intrigued by Budd Hopkins’s letters and the congruence of the countless similar accounts he began hearing from so many different and otherwise normal people, teachers, housewives, engineers, doctors, lawyers, police officers and every other profession. They were notoriously publicity shy, so unlikely to be fabricating outlandish stories for fame or profit. Some were little children, too young to be quoting books or movies. One common denominator was the sighting of a U.F.O., although not every experience involved a spaceship. And everyone seemed genuinely terrorized in ways a trained psychiatrist could recognize.

Mack ended up laying out 13 of his best case studies in a 1994 bestseller, “Abduction: Human Encounters with Aliens.” Predictably, it discomfited superiors at Harvard where his unconventional research had been hardly a secret but now, displayed to the world, it was drawing ridicule from influential alumni. A secret committee of inquiry was convened, subjecting Mack to intrusive questions about his beliefs and methods. But in the end, he was exonerated of any wrongdoing and continued his research, foraying into other mystifying byways of the anomalous, from crop circles to survival of consciousness -- life after death. Some said they even encountered Mack’s spirit after he passed.

Mack, I granted, was at times naive and gullible. His heroic quest for the ineffable in the cosmos may well have been rooted in something as profoundly personal as the childhood loss of his mother, a trauma that left him in long search of missing love, to, ultimately, the sad undoing of his marriage. Mack knew all this, of course, and persisted nonetheless, consumed by an intractable mystery we have yet to fathom. But he at least began the path, by walking.