Winston Perez talks about CONCERNING THE NATURE AND STRUCTURE OF CONCEPT for the Nothing is Cancelled Virtual Book Tour, which begat A MIGHTY BLAZE 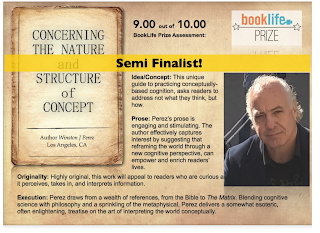 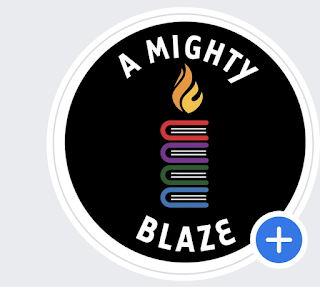 Author Winston Perez works on Films, TV, technologies and businesses and is the founder of a discipline called Concept Modeling, which the NY Times once described as "the process of getting down to the bottom of things." Winston’s clients have included Warner Bros., NBC/Universal, Dreamworks, Relativity, Cineflix, Telepictures, and others.
His book, Concerning the Nature and Structure of Concept, is now a semi finalist in the BookLife Prize, which calls the book “engaging and stimulating…often enlightening.”  Deadline.com’s article on the book is entitled “If Bugs Bunny Met Immanuel Kant, It Would be in Winston Perez Book on ‘Concept.’”

In Winston’s own words:
But here is the rub. What is concept? For most people it is something we think we know—but do we? Really? That, and the daily rejection that comes with that, is what has followed me for decades: Could it be that something in our evolutionary history caused all of us confusion in our understanding of something so basic as the difference between “concept vs. idea.” Everyone has ideas, some live and breathe them, but do we know what ideas are themselves? What about concept? Did you know the dictionary definitions are way off? Yet everything is dependent on ideas vs. concept, how the abstract world works, and the nature of concept itself—thus my book and my 44+ year journey.
This is what haunts me specifically: People don’t know what they don’t know. But is it worse that than that, because the thing they don’t know is the thing they are convinced they do know. What screenwriter, Hollywood executive, Silicon Techie, or successful innovator or scientist (even the best of them) doesn’t think they know ideas?

But prove it to yourself—take this test today but do it out loud: Ask someone you know what an idea is—their definition. Wait. Next, ask them this: So, what’s a concept then? Stand back and note his or her confusion.

Amazingly, everything you read about in history (from Einstein to the Wright Brothers to Shakespeare to the Beatles), what you do professionally for a living, and every idea you have for a film, a business or a revolutionary technology are dependent on that difference. Your success depends on knowing the true nature of concept—yet no one was ever taught the difference between an idea and a concept. I call it the missing discipline.

But don't let it scare you. It is true, this is a discipline—a missing discipline—that I call concept modeling. But few things are more fun than learning about the concept that made the Beatles, Baseball, and even a Peanut Butter and Jelly sandwich great!

A shout out to a great writer, Leslie Lehr, and Book Soup, a great independent book store in West Hollywood.
Let's rock this thing!