Leslie Swartz talks about THE HECATOMB (she writes as J. Edward Neill), gives shout-outs to other books and indies, and more! 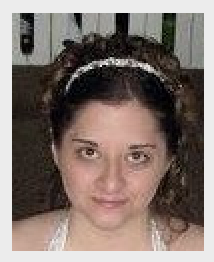 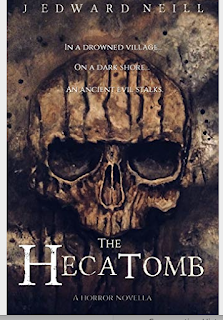 My newest release is Elohim, book three in The Seventh Day Series. It introduces a few new characters that will be super important in future books and wraps up the Lilith storyline readers may have thought was over at the end of book one. Don’t worry, the last four books have all been plotted out. Unless something catastrophic happens in the next two years, they will all be written and all story lines will have satisfying endings. The series is above all else a story of a family. A family of human-born angels fighting to save the world from demons and monsters with the help of a vampire queen and witches, but still, a family. Sibling relationships, romantic relationships, and mental illness are all explored. It’s character-driven, dark, and funny.

The series was created when characters I’d had in my head since I was sixteen finally made sense. It seemed like I could never come up with a plot good enough for my MC. Twenty-one years of angelic, biblical, and mythological research and still, the story wouldn’t come to me. Then, one day I was bingeing a Netflix show and the actor that I’d decided was the only person good enough to play the non-existent part of my MC should it ever become a television series did something that felt too real. In that moment, I didn’t feel like I was watching the character he was playing. It felt like I’d witnessed him having a personal moment. It broke me. I cried for forty-five minutes like a baby and I decided that I HAD to get something written or he’d start winning Oscars and never agree to star in something based on a book a nobody like me had written. So, that day, I plotted out the first three books, wrote a few scenes and it snowballed from there. I had the inspiration, I just needed a little push to focus.

My favorite new book (new to me, anyway) is The Hecatomb by J. Edward Neill. It’s a collection of related short horror stories that I read in one four-hour session. I couldn’t put it down. The timeline feels cyclical; the reader doesn’t know which story came first. I’m still thinking about it months later. It’s so good. Super creepy and completely engrossing.

My favorite indie book store is Books On Sale on the South Side of Indianapolis. It’s tucked away in the Southern Plaza strip mall and looks very modest from the outside, but once you go in, it’s huge. They have a great selection of used books, things you can’t find anywhere else. Plus, the sales are amazing. They don’t have an online store as of yet, but if you’re in the Indianapolis area, I highly suggest you check them out.
Posted by Caroline at 9:49 AM