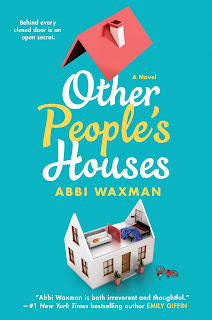 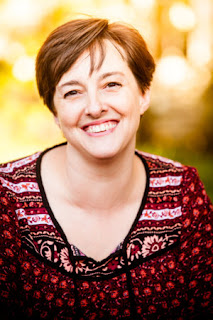 Abbi Waxman is the acclaimed author of THE GARDEN OF SMALL BEGINNINGS, and now, her latest, OTHER PEOPLE'S HOUSES is already racking up the raves. Named a Highly Anticipated Book for 2018 by InStyle, Elite Daily and Hello Giggles,it also won praise from #1 New York Times bestselling author Emily Giffin, who called it "both irreverent and thoughtful."

I agree and I am thrilled to have Abbi here!

Every book teaches writers something new, I think. Did The Garden of New Beginnings teach you some writing craft that helped you in writing Other People’s Houses?

I actually don't think it taught me anything new, it just underlined the fact that you simply have to keep going. That helped with Other People's Houses (and with the current one) because it's really the only way to do it: Write every day, even if you're not sure what you're saying, because eventually you'll get enough clay on the wheel to realize you're making a pot. For months and weeks and days you'll think you've got nothing but a pile of mud, and then all of a sudden you'll see a handle. At least that's been my experience. I start out with an idea, or a character, but often they change beyond all recognition by the time I'm done.

I absolutely am in love with the title, Other People's Houses. Can you talk about that –and its deeper meanings—please?

The title took a long time to come up with, but as soon as we had it we knew it was right. It was a group effort; myself, my editor Kate Seaver, my agent Alexandra Machinist, and one or two others at the publishers. I'm not very good at titles, and they're not what's important to me. I remember characters far more easily than titles. As for meaning, well, the book is about both our literal houses, which are often displays for other people, as well as being hidey holes for us, and also about the metaphorical houses we build around ourselves. Plus, I love poking around other people's houses and seeing if I can learn about them from the way they've furnished and arranged things, and I was hoping I wasn't alone in that. If I am alone in that then I guess I should expect far fewer invitations from now on.

Raising kids, carpools, relationships with husbands—and with neighbors— spin the novel deliciously. But so does the idea of living in a suburban community where people seemingly know one another, right up until the moment that they don’t. Living in a city, I know that people tend to keep to themselves, maybe because we are all on top of one another! Can you talk about this difference please?

I live in Larchmont, which is the neighborhood where Other People's Houses and The Garden of Small Beginnings are set. It's fascinating to me because it behaves like a small village in the middle of a large city. There's a main shopping street surrounded by quaint and lovely residential streets, and you can literally see the same people every single day, and get to know them, without ever learning their names or what they do once they leave the neighborhood and go to work. I think all of us who live here are aware of how anomalous it is; my kids literally grew up playing with all the kids on our block over the summers, and we all sit out front in the evenings while they run around and shriek, and it's like a weird Norman Rockwell thing. But at the same time, just like everywhere, people only show you what they want to show you. I always wondered, when I waved at a neighbor as they were coming into or leaving their house, what was going on as soon as the door closed. You get only a tiny glimpse of their entryway, a smile of greeting, a wave, and then as far as you know they shut the door and start throwing tennis balls at the dog while singing the soundtrack to South Pacific. You really have no idea.

Critics have commented on your miraculous ability to creative characters that live, breathe and beckon us to enter their world. How do you go about creating your characters? And what kind of writer are you?

The nosy kind. I've enjoyed becoming middle aged and overweight because no one ever notices me anymore, and I can eavesdrop and stare in complete peace. I've always looked for details, and enjoyed the little things about someone that makes them different -- wearing their watch on the inside of their wrist, or stirring their tea with the handle of whatever cutlery is nearest, or whatever it is. I collect these little things.

My current book is kicking my butt, so I'm kind of obsessed with that. It's taking twice as long as it should, and nothing about it has been easy. I also really enjoyed the 4th season of Bosch, just saying.

You should have asked if I have a really good recipe for hot fudge sauce, because I do.
Posted by Caroline at 11:42 AM