David Hirshberg talks about MY MOTHER'S SON, fictional memoir, and how events from the past can still resonate today. 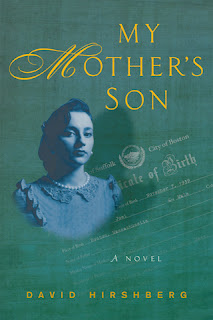 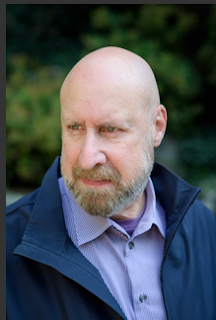 My Mother’s Son is a literary novel written as the memoir of a radio raconteur that uses the inconceivable events of his family’s life and the world in which he lived as a foil to deal with major issues that affect Americans today – disease, war, politics, immigration and business.

And it's already racking up raves like this:
"Only occasionally does a novel like this come along—one that sculpts a vivid, irresistible portrait of a life and times.  Evocative of the 1950's, with cinematic flashbacks and flash-forwards, it is clever, poignant and funny. Hirshberg allows the reader to eavesdrop on complicated 1950s family intimacies that had been clouded by years of denial, secrecy and self-preservation. What he exposes are the riches left behind, those that reveal the truth of the human condition. This is a book worth reading, probably more than once."  Mitch Markowitz, screenwriter of Good Morning, Vietnam

David Hirshberg is the pseudonym for an entrepreneur who prefers to keep his business activities separate from his writing endeavors. As an author, he adopted the first name of his father-in-law and the last name of his maternal grandfather.  He is an accomplished "C" level executive, having served in the Life Science Industry as CEO of four firms.

Thank you so much, David, for being here.

Q: The format is interesting — it’s written in the first person as a fictional memoir — why did you choose that mode of storytelling?

A: As I’m writing, I try to take on the personality of the protagonist and invent what I might have done or said. The conceit that this is a fictional memoir came after many drafts, and freed me up to tell the story as I might have done had I actually been a radio raconteur.

A: The idea to set the current events of the book primarily in 1952 was a conscious decision based on three considerations: (1) the requirement that all of the ingredients that were central to the book could be found in that year; (2) that there would be readers who could connect with the era, even if they were quite young at that time; and (3) that the world of post-War America was not too remote for most people to be able to see a reflection of what is going on today.

In the summer of 1952 when the Korean War was raging, Bostonians were confronted with: a major polio epidemic; a bitter senate fight between young Irish congressman (John F. Kennedy) against an entrenched WASP (Henry Cabot Lodge); the impending move of the Braves franchise out of the city; and many shenanigans that involved local politicians and business people that were hidden behind the headlines of the newspapers. It was the perfect cauldron to heat up a story that could resonate with readers in 2018.

Q: The book feels extremely autobiographical. How much of your life is in the book and how much is just invented/researched?

A: There is not one scene, character, location or situation that is real or that has anything to do with me or anyone I have known. It was all made up out of whole cloth, with the obvious exceptions, for example, that certain facts are true: that there was a race for the senate between Kennedy and Lodge; that the Boston Braves did move to Milwaukee; that President Kennedy did make a speech in Berlin in 1963; that Kristallnacht happened in 1938; that the Korean War was in a stalemate in 1952; etc. It’s important to note, however, that the scenes in the book that revolve around these events are pure fiction.

Q: How does a book, based decades ago, resonate with what’s happening today?

A: The novel was purposefully set in earlier times so as to provide some distance from the current ‘talking heads’ climate that instantly categorizes and analyzes events from a narrow, partisan perspective. In the 1950s, we were faced with the Korean War, the polio epidemic, vicious political campaigns, the integration of Irish, Italians and Jews into the social fabric of big cities, and the recognition that sports were also a business. Today we have wars in Afghanistan, Iraq and Syria, the AIDS plague, vicious political campaigns, the integration of Latin Americans and Muslims into our society and more ink is spilled in the media on the activities of athletes and owners outside of the sports they play and manage. So, while in many ways, the book is a paean to the Boston of an earlier era (and, by extension, to the America of the post-World War II period), it sings to us today by allowing us to understand that although the instances and events in the book are specific to that period, we can see in them what is going on today—for better or for worse.

Q: What’s obsessing you now and why?

A: Unlike certain other authors, I do characterize myself as a Jewish writer, and I’m more than half way through a second book that pivots around Jewish-themed issues in the 1960s. And yes, obsession is a good way to characterize my intense feelings about the new manuscript. As we get older, we do tend to concentrate more on those things that matter and put off to the side the common everyday occurrences that once seemed to consume us.

Q: What question did I not ask that I should have?

A: Why did I take up writing non-autobiographical literary fiction as a second act later in life? I used to say that because I don’t play golf, have a second home in a ski or beach locale, don’t have a hobby that involves a plane or a boat, that I had the time to write. While that’s true, and I’ve enjoyed tremendously my business career, I’ve found immersing myself in the world of words to be intellectually and emotionally stimulating and this has been augmented by my wife’s enthusiastic support every step of the way.