Portland, queer culture, the families we make and unmake, and how we break free and find our true selves. Chelsey Johnson talks about her Indie Next debut STRAY CITY (brilliant title, right? Why can't I think of brilliant titles like that?) 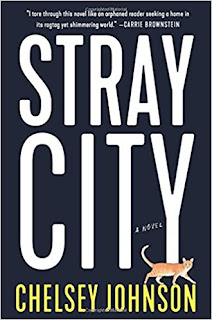 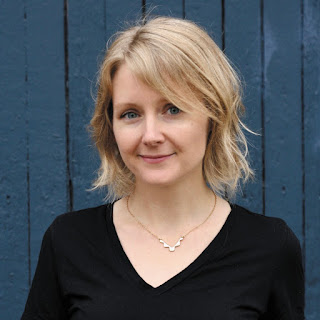 What are more beautiful seven words than: You have to read this book? I was sent Chelsey Johnson's incredible Indie Next Pick, STRAY CITY and fell in love with it, so of course I had to host her on the blog. And I'm not the only one who loves her book about Portland, queer culture, rebels, and the families we make--and remake.  Look at this praise:


Stray City has it all. As funny as it is moving; as joyful, as radically communal, as it is lonesome, the novel covers the varied complications of place, home, sex, city—but mostly it's about the necessary and unexpected revolutions of the self, and about how queerly we make our way through this world. Honestly, one of the most absorbing, finely-tuned books I’ve had the pleasure of falling down into. Chelsey Johnson is a wonder.
—Justin Torres, bestselling author of We the Animals

Written with wit and sensitivity and exquisite emotional intelligence, Stray City is an absolute pleasure to read. Chelsey Johnson is one of the most refreshing new voices in literature.
—Jami Attenberg, New York Times bestselling author of The Middlesteins and All Grown Up

A winsome novel about love and belonging—and the possibility of discovering both in the most unlikely of places, and among the most unexpected people. Tender and smart, Stray City is a fantastic debut from a huge talent.
—Cristina Henríquez, bestselling author of The Book of Unknown Americans

A love letter to Portland and to the youthful effort of world-making that created its important queer culture in the '90s, Stray City is a gorgeous, funny, sharply spot-on tale of growing up and making family again and again and again.
—Michelle Tea, award-winning author of Valencia and Black Wave
Insightful and brilliant, Stray City explores the stickiness of doing what’s expected and the strange freedom born of contradiction. I tore through this novel like an orphaned reader seeking a home in the ragtag yet shimmering world that Chelsey Johnson so wondrously brings to life.
—Carrie Brownstein, New York Times-bestselling author of Hunger Makes Me a Modern Girl

Here's the impressive bio: Chelsey received an MFA in fiction from the Iowa Writers' Workshop, where she was a Teaching Writing Fellow, and a Stegner Fellowship from Stanford. Her debut novel Stray City is forthcoming from Custom House/ HarperCollins in 2018, and her stories and essays have appeared in Ploughshares, One Story, Ninth Letter, The Rumpus, and NPR's Selected Shorts, among others. She has received fellowships to the MacDowell Colony, the Virginia Center for Creative Arts, and Signal Fire Arts. She is an assistant professor of English at the College of William & Mary, and is currently in Los Angeles working on a television project for Hulu.