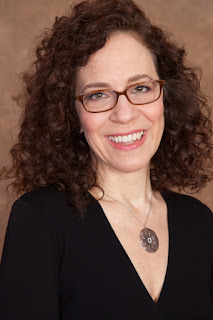 I first met Janet at a reading of debut authors. Of course, I loved her wild mop of curly hair, but more than that, I loved her wild intelligence, her wit, her humor--and of course, I loved her novel. So does Library Journal, which gave it a starred review, and the notoriously cranky Kirkus Reviews called it a "monumental achievement." Janet has written essays, scripts and stories and I cannot wait for her next novel. Thank you so much, Janet for being here!

It struck me that although Lilli de Jong is set in the 1800s, it’s very timely, since there still seems to be a virtual war on women, and there is still hostility towards unwed mothers and adoption. Can you talk about that, please?

To answer this, I’m relying on a lifetime’s reading, experience, and travel. But to answer briefly means simplifying my opinions; I apologize to any whose experiences I’m not speaking to.

Increasingly, I think the oppression of women rests on this: Women are a society’s most precious resource. We can create and raise humans, who are of enormous value, and our attention is in high demand—since nearly everyone, having been an infant, craves our care. If women are unequal and isolated, we are easier to control. The conditions of inequality and isolation make it easier for us to be underpaid and undervalued. This makes us dependent on those who earn more and have more societal power. It’s what we call a vicious circle.

Since the attentions of mothers, whether birth or adoptive, are often turned inward—toward those who are unable to survive otherwise—it’s easier for others to fashion an outer world that diminishes us. We are paid less, when we work for pay, even than women who aren’t mothers. We do our unpaid work of raising the next generation at high cost in a society that makes our sacrifice a private problem, not a public good. Too many—women and men—endure too much hardship in raising children.

Societal attitudes reveal that a woman must be married to have sex and children without facing prejudice. These attitudes are based in structural inequalities with long histories. Married women and children were and in some places still are the legal property of husbands. Women didn’t have the right to vote in America until almost 150 years after the nation was founded, and a married woman didn’t have the right to her own wages; her children and home didn’t belong to her, so if her husband died, she could lose them. She depended on a brother, son, or son-in-law for rescue, if rescue was to be had. This forced dependency still exists legally in some countries (in Saudi Arabia, for instance, girls and women lack the rights to make extremely basic decisions), and it still casts its long shadow on the United States.

The unwed mother has long been an easy target. But why? By looking at the biases against unwed mothers and their children, we learn that, when a female has sex, by choice or force, and has a child without being married—i.e., without being under the legal umbrella of a man—she is a threat to that power structure. Judging from what occurs, we see that the resources of the unwed mother and her children must be kept minimal to discourage their independence.

Children around the world are given up to adoption or to orphanages because of the wage inequality and prejudice that dog unwed mothers. It breaks my heart to see children not being well cared for; it breaks my heart to see parents who don’t seem to know how to love. If any mother truly wants to raise her own infant or someone else’s, whether she is married or not, a humane and intelligent society will support her in doing so.

At one point, Lilli asks, do secrets matter? And I think your novel is saying that sometimes they do, and sometimes it’s best to keep them. Care to comment?

In situations of inequality and prejudice, telling the truth can ruin your life. A work of literature that explores this in a heartbreaking way is Thomas Hardy’s Tess of the d’Urbervilles. Young, innocent Tess is sent by her drunken lout of a father to live with a wealthy man in exchange for money. The wealthy man rapes her; she runs away, turns out to be pregnant, and tries to keep her infant alive while working as a farm laborer. Her tiny infant dies. At another farm, she meets the love of her life, a man named Angel. They agree to marry. On the eve of their marriage, she writes a letter confessing the tragedy of her past and slips it beneath the door of his room. Unbeknownst to her, the letter slides beneath a rug. They marry the next day; then she finds the letter, unopened. She gives it to him in the place they’ve gone to honeymoon. He can’t accept her past misfortune and leaves. The rapist comes for her again, hearing of her desperate status, and she becomes his chattel. Then Angel, having changed his mind long before and written letters that the rapist has hidden, comes to her door at last, asking why she never responded. She goes into a mad rage, kills the rapist, and then is hung. Having witnessed Tess’s hanging with her younger sister at his side, Angel walks off into the future with the virginal sister.

Secrets are terrible. Telling the truth is terrible.

Still today, women who are raped may be whipped or stoned to death for “tempting” their rapists, as was 14-year-old Hena Akhter in 2011 in Bangladesh. Even girls forced into prostitution at an early age, or stolen and enslaved by rebel soldiers (such as schoolgirls abducted by Boko Haram in Nigeria), are considered unmarriageable and scorned if they escape. Their children may be denied rights. This prejudice reveals one consequence of seeing women and our reproductive capacities as the rightful property of men. This prejudice is a cancer in the hearts of societies around the world.

Lilli uses her journal to share her secrets and to express her thoughts, which she does eloquently. Do you also keep a journal?

I wrote in a journal at least several times a week from age nine till perhaps eight years ago, when I began to put every scrap of time apart from work and family into writing Lilli de Jong. So for decades, for hours every week, I poured my thoughts and feelings into notebooks. I have two old trunks from used-furniture stores that are crammed full of journals. I’ve carried them with me—accumulating weight—since I left home over three decades ago. So I am quite familiar with the intimacy between a journal and a writer that Lilli feels, as well as with the way that writing in a journal can make one’s troubles more bearable—a fact that keeps Lilli alive.

The novel is absolutely fascinating. What was your research like? What startled you?

The research was fascinating, indeed. I adored getting to know publications of the period, archive materials, recent works by historians, artifacts, whatever bits I could glean about the nature of life in 1883 Philadelphia. What startled me was learning the depth, persistence, and legal basis for the crippling of women’s lives and opportunities, as well as reading old works by many who were quite aware of these problems. Having read about inequalities of all sorts in history, I no longer believe what so many claim—that people in the past simply didn’t have awareness of oppression. The historical record shows that many oppressed people and their oppressors knew precisely what exploitation and inequality they faced or propagated. Truly, how could they not have? Such things are rather obvious to the naked eye. Though of course some were committed to blindness, just as they are today—and to some degree, it’s always difficult to see what’s accepted as normal.

I was startled, too, to read of the corruption of public officials at Blockley Almshouse—Philadelphia’s public almshouse, run by a Board of Guardians. Food and other resources were literally stolen by at least one of the so-called guardians and put in storehouses in his home. Inedible foodstuffs and other substandard supplies were purchased cheaply, with those involved pocketing the price difference.

What kind of writer are you? Do you map things out or follow the pesky muse?

Both. I write out what comes to me, create a mess, then try to map it, sometimes section by section. I always put down a lot more words than I keep. Even to answer these questions, I did a much longer draft, then pared much of it away.

What’s obsessing you now and why?
How to help Lilli de Jong make the world a better place for mothers and children—which is everyone.

“Would you like this stipend to live on while you write your next novel?” Ha ha. If only.