Stefan Kiesbye talks about THE STAKED PLAINS, why his wonderfully dark books are actually love letters, Taylor Swift, and more 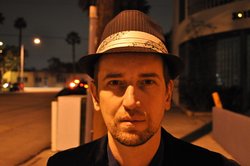 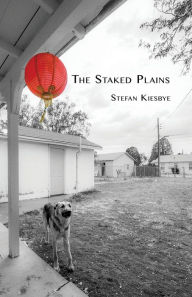 I love books that are unsettling, dark, thorny in character. Which is part of why I love Stefan Kiesbye's work. I dare you to look at the cover of Your House Is on Fire, Your Children All Gone and not be unnerved. Go ahead. I dare you. He's also the author of Next Door Lived a girl, and The Staked Plains, which I loved so much, I blurbed it. Yes, I did. I called it spare, poetic, with broken glass prose to reveal a story about land, loss, violence and longing. Stefan is truly one of my favorite authors and I'm so jazzed to have him on the blog!


Like your extraordinary Your House is On Fire, Your Children All Gone, The Staked Plains deals with disturbing morality. You have a way of writing that gets under your skin and travels there. The Staked Plains was unsettling and scary and it just doesn’t let go of you. So, this makes me want to ask you about your world view in general.  Talk!

My world view is borrowed from Billy Wilders’ One, Two, Three: “It’s hopeless, but not serious.” I don’t think that human occupation of this planet leaves us any real hope. Our history is bleak, our attempts at getting more enlightened have failed. We are running out of natural resources, environments that have not been irrevocably poisoned, and time. Just watching political debates makes clear that we are morally bankrupt. Our hope to right the ship at the last minute is like the hope of the sinner to have one last moment to redeem him/herself. It’s very silly, really. In Bret Easton Ellis’ The Informers, Jamie (a vampire) asks his shrink to define the vanishing point. He then goes on to say, “We've already been there. We've already seen it.” This is how I feel about where we are. And yet, it’s comedy, not tragedy.

How did you know this was a novella and not a novel?  Was it planned that way?
I love short books. I’m a sucker for novellas, slim books that read like something that should never have been printed in the first place. Notes from a serial killer, confessions of Satan, rumors about the underworld jotted down by a half-crazed junkie.

There are always surprises in writing--what were yours?|
I created a monster in Jenny Prescott, but I love her dearly. Not because I like her – she kills everything she touches – but in a corrupt world, she’s the only one who doesn’t believe she’s better than she is. She’s a moralist – and one of the worst people imaginable. That was truly surprising, to have a character you might despise, but who acts with a conscience.

I also want to talk about the structure of the book. Each chapter is prefaced with a verse from The Bible. How and why did you make that stylistic decision?
That was because of a real life incident. I was teaching creative writing in New Mexico, (I’ve since moved to California) and one day I received a packet in the mail. It contained a book by an obscure evangelist scholar, who wrote about angels and quoted passages in the Bible that talked about them. It was the strangest item that had ever been sent to me (other than raisin-cinnamon bagels). The book had already been published and the author asked me, an atheist and writer of very dark books, about advice. I loved that. It was a beautiful moment. And to me, it defined a part of New Mexico, what it felt like to live in the Llano Estacado.

What’s obsessing you now and why?
I’m listening to Ryan Adam’s cover of Taylor Swift’s 1989, a lot J Writing-wise, I’m still looking for a way to write something, anything, that is as devastating as Dead Can Dance’s “Black Sun.”

What question didn’t I ask that I should have?
This is not an answer to a question, really, but at times I’m worried that people read a book of mine and feel as though I’m exorcising demons or taking revenge on places I lived in. It’s really hard to explain, but the books I write, from Next Door Lived a Girl to The Staked Plains, are love letters. Yes, terrible things happen, but the reader, above all, should feel consoled, soothed even. My books are as much about places as they are about characters, and I loved them all. The most desolate place and the most evil character – they are still my loves.