Lisa McElroy talks about her "Paper Chase for the 21st Century" novel Called On, why law school is not a scam, being obsessive and so much more 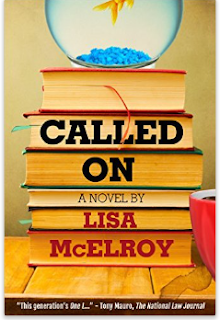 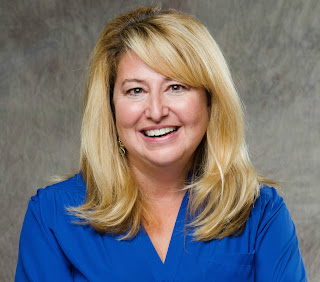 I always want to know how people work--not just writers--but doctors, scientists, trapeze artists, and  lawyers, so I was happy to read Lisa McElroy's novel about law school, with the great title CALLED ON.  Thank you so much for being here, Lisa!

I always want to know, what sparked the writing of this novel?

Several things sparked the writing of Called On.  For 15 years, I've taught law students the craft of legal writing.  In recent years, I'd become a bit detached from their struggles to figure out how to adapt their writing to this new genre and discipline.  I decided that I needed to learn a new kind of writing myself, so that I could feel my students' pain.

I also wanted to respond in some way to the accusations swirling that law school is somehow a scam, that professors are only in it to take students' money, that hard work and deep thinking do not engender personal or professional satisfaction.  The fictional law school in the novel is a top-tier institution, but the professor still cares about her students, and the hard workers are rewarded.  Every law professor I know acts in good faith and wants to improve the profession.  Called On is hopefully something of a showcase for that.

Your novel has been called “a Paper Chase for the 21st century.” How do you think things have changed--and has it been for the better?

The more things change, the more they stay the same.  Law school is more focused today on experiential learning, on training to practice law.  Still, the focus on law and justice will never go away, simply because they are such foundational concepts in any society.   I hope that law professors have become less punishing, more interested in teaching, and less isolated in the ivory tower that is the academy.  I hope that students have become more hands-on, more concerned with representing clients and helping people with problems and less money-driven.

I do know that the stereotypes persist, in my law school classroom, in my university, and in the legal world at large.  Every generation of law students and law professors is given an enormous opportunity to eliminate the stereotypes, to change this very competitive and fish bowl-like culture in profound and positive ways. And, yes, law school is and always has been a fish bowl.  The inclusion of a goldfish character was both a nod to Aaron Sorkin and The West Wing (best show ever on television, right down to the fishy character Gail) and a symbol for how we in law school communities function.

What kind of writer are you? Do you outline or did the story just come gifted from that pesky muse?

This is such a tough question, because the answer is "both" and "neither" and "other stuff too."  I did start with an outlining technique that an experienced novelist recommended: I first wrote one sentence about what each chapter would cover; then I expanded that sentence into a paragraph; then that paragraph became a page.  Because the novel has three main characters, on the page version I noted where each character was in every chapter, even if s/he didn't appear in the chapter.
But I have always said that I do not know what I am going to write until I sit down to write it; that's true for my creative non-fiction, as well.  I believe strongly that I have ten little brains in the tips of my fingers (I'm a very fast, if very flawed, typist).  Connections and thoughts and ideas and jokes just pour out of my fingers, usually when I've never consciously thought of them before.  Felix's beds are a great example; I just found myself describing them at one point, because my fingers knew they were in Connie's apartment even when my brain didn't.  The Halloween ball randomly appeared one day, as did Angel's penchant for sending emails full of sage advice from remote locations.

Finally, I'm a re-writer.  I wrote the first draft of this novel in six weeks.  I like to vomit onto the page - get everything out, then figure out what's in the wrong place and which babies have to be killed and what's missing.  One of the biggest revisions to this novel involved Libby's mother.  In the first draft, Libby's mom just wasn't present, and there was a single paragraph about how she hadn't wanted a kid.  I was told that I needed to throw big rocks at my protagonist, give her hard problems.  And my dear friend and early reader Lisa Belkin told me that the absence of Libby's mother was a really big rock that I didn’t explore.  I spent a good six months trying to figure out what had happened to Libby's mom, and I discarded a lot of ideas; still, once I realized that the missing mom character was a big rock (like the dead friend in The Big Chill), I knew that she would add depth to Libby's story, both in terms of who Libby was as a person and why she was motivated to go to law school.  And then I was able to get in a subplot about something that really mattered to me - and therefore really mattered to Libby.

I will say that the muse was generous in offering me memories.  I had an Anderson-like character who was a stand-out person (note how neutral that description is) during my first year of law school.  Creating Anderson was a lot of fun, because I could make him do what I wanted - something I could never achieve with the guy back in 1993.


And how did you manage to teach law and write about it as well?

Teaching law is the social part of my life.  It lets me interact with students and colleagues and prevents me from holing up in my family room in my pajamas with my dogs and a 2-liter bottle of Diet Coke.  Still, the actual teaching part of my job doesn't involve many on-the-ground hours.  As a law professor, I'm required to write, although that requirement is usually thought to involve a scholarly agenda.  The nice thing about tenure is that I have real freedom to write whatever I want.  And as for time?  Well, I don't clean my house (it's gross, really) and I don't go to the gym (as evidenced by my flabby tummy).  That frees up a lot of time.

Did writing about the law change the way you see the law now? How so?

Writing about the law made me think more deeply about the law/justice dichotomy and gave me a platform for public education.  I think that most people think that law and justice are the same thing; it can be really eye-opening to see how they these principles diverge.  It also gave me an opportunity to seek out and highlight some commentators who have said really fun and interesting and profound things about the law, everyone from Dahlia Lithwick to Ira Glass to Justice Sandra Day O'Connor to Atticus Finch (the original, not the new version). I hope that readers might be intrigued to do further reading about these other folks' ideas, too.

First, I want to know how you know I'm the obsessive type.  :-)  OK, here's a current list.  My French bulldog, Louis (yes, named after Justice Brandeis), is the funniest clown in Pennsylvania and probably the world.  My husband says that there are two kinds of people in the world:  those who love Louis and those who haven't met Louis yet.  At work, I'm obsessed with the next Presidential election and the effect that the next President will have in appointing Supreme Court Justices (four are currently over 70 years old).  At home, I’m obsessed with not being a helicopter mom as my teen daughters do stuff like get driver's permits and apply to college.  Perennially? Diet Coke and Honees cough drops and Stephen Sondheim and almond M & Ms and Vespa scooters and Madeleine L'Engle and old convertibles and the Red Sox and This American Life and the proper use of "less" and "fewer."  Always.

Do the names of the characters in Called On have any secret meaning?  Libby's name and Connie's are both puns, although you might not get the Connie pun until the very last line of the novel.  "Kraft" was intended to convey a personal quality; "Angel Behl" is a reference to It's a Wonderful Life.  Felix Frankfurter and Breyer's names are tributes to two great Supreme Court Justices and are not intended in any way to offend.  Sarah and Quinn? Not really.  I just liked how they sounded.  I will say that naming the characters in this book gave me fits of giggles.


Called On ends with some snippets of information about what happens to the characters next.  Are you going to write a sequel?  The answer is that I'm terrified.  I loved writing this novel more than anything, and I'm truly convinced that I can never write another one.  It's all about getting up the courage to jump off the diving board into waters that may be full of sharks but may be warm and lovely.  Maybe next week?
Posted by Caroline at 9:57 AM