I talk to author Chris Jane about the effects of having a hit debut followed by 8 failures and then a NYT bestseller, what I won't write about, and much more 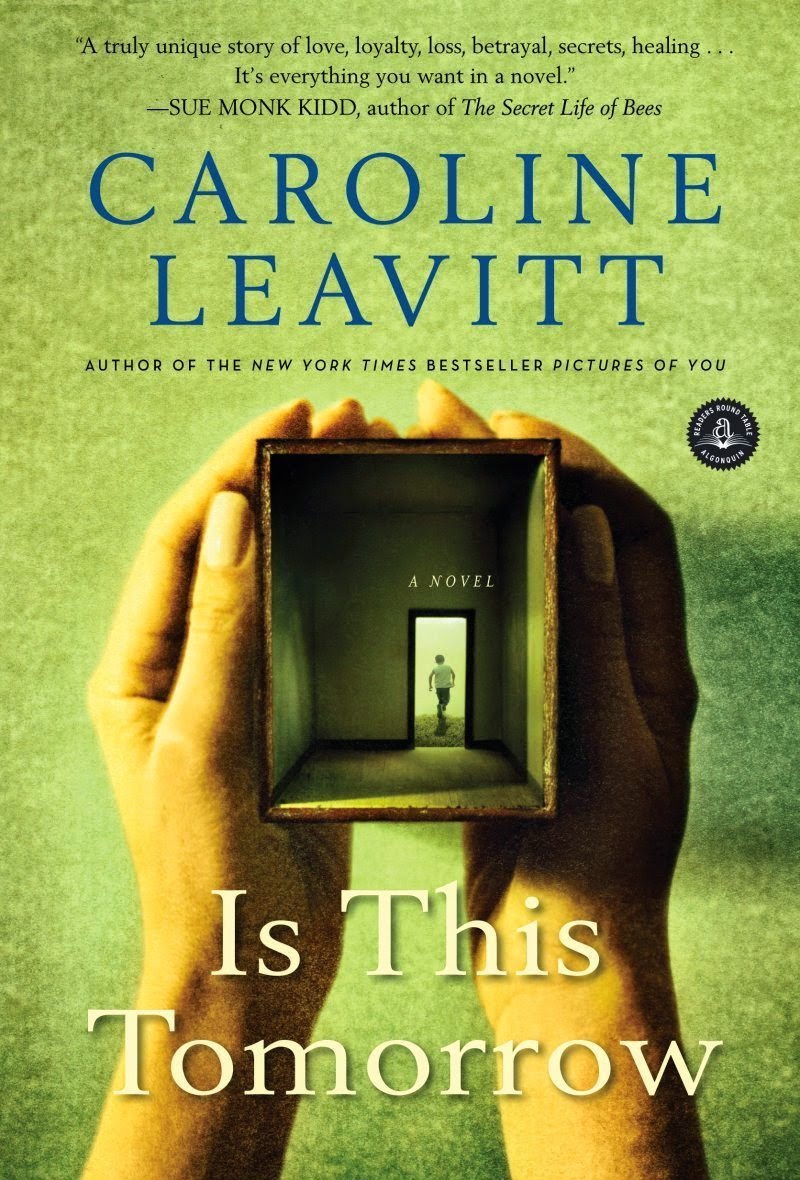 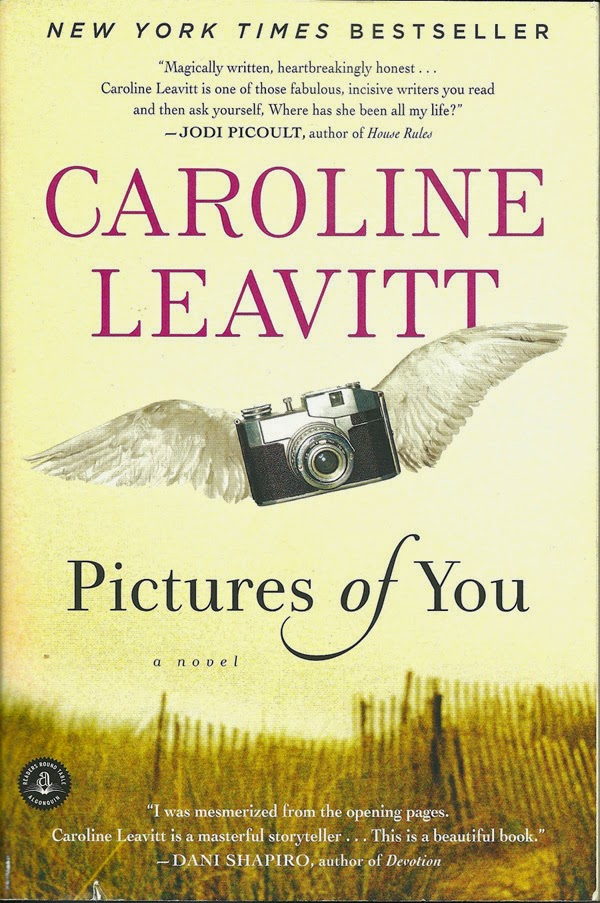 You post pictures around your writing area of people who represent your characters. I assume (maybe incorrectly?) you find the faces after you’ve imagined your characters. Has there been a time when looking at a picture has made you add or change something about a character – or even the story – because of what you saw in the picture (a scar, maybe, or a look in the eye)?

I start out with a vague image of the character. I might know that a character has frizzy blonde hair, and then I do a search until a photo speaks to me. I just know that’s the character. And yes, a photo can absolutely change things. I found a photo of this old woman with white braids wrapped about her head, but she looked so confident in the photo that I gave that confidence to my character!

What aspect of writing presents the greatest challenge to you, and has what challenges you changed over the course of your writing career?

Finding the right idea. I always have to have something new that I want to work on when I am finishing a novel because I hate that blank stage when you have no ideas at all and you start thinking that you may never write anything else except a grocery list! A lot of times I have an idea and it’s not the right one, but working on it will lead me to it. I spent months on this new idea and then during a conversation with a friend at lunch, I suddenly had this other idea that I was obsessed with!

Sometimes ideas just don’t work. I have the first chapter of a novel I’ve been trying to write for ten years, now, and I just cannot make it work. Sometimes it takes time. Is This Tomorrow was also one of those ten-years-can’t-make-it-work novels, and then suddenly, I was able to. I have no idea why. Maybe it was because I stopped stressing about it so much!

Imagine a world in which only one book from every author is allowed to exist for the rest of humanity’s time on earth. Which single book of yours from the last fifteen years do you save, and why?

Pictures of You. Because so much of that book is about my son when he was little–not that he is anything like the character, not that he has asthma (he doesn’t), but the love between one of the characters and that boy was and is the way I feel about my son.

If you’re stuck on what a character’s specifically worded response will be, or not sure what a character will do next, what do you do to move forward? How do you find that response or behavior?

Sometimes I try to imagine it as a movie. I write it as a script. I might say the lines out loud. I might try to go for “the negation of the negation”–which is finding what would be the absolute worst thing to happen to the character at that moment that would force the character to act or change.

What won’t you write about in a novel, and why?

I wouldn’t want to write a novel from the viewpoint of a serial killer or a rapist or a child molester. Those things, to me, are unforgivable crimes and you have to find the humanity in your characters. I don’t think I could.

You mention in a 2013 Psychology Today interview that Cruel, Beautiful World had just been bought by your publisher. Has your publisher ever rejected a novel you’ve submitted since taking you on as a client?  And if one is rejected, what happens to it?

Ah, see my response to this question below. The only other thing I would add is that Algonquin has bought both books I’ve submitted. If they rejected one, my agent would send it to other publishers. If they rejected it, it would go in a drawer, I would be deeply upset and cry, and then I would start writing something new.

Your first novel, Meeting Rozzy Halfway, had the kind of success that most authors dream their first novel will find. Were you surprised by it, and how, if at all, did that kind of attention affect your approach to your next book?

It was a total shock. I had enough rejection slips to paper the Empire State Building, and as a fluke I entered a story into the then very prestigious Redbook Young Writers’ Contest. I never thought I had a chance in hell, but I won first prize. And then an agent came calling, and then they sold a book deal on the basis of that story. That whole first year was magic. I was on TV, radio, everywhere, BUT little did I know that that is not how it goes all the time. My next book came out and my publisher went out of business so the book died. Same thing with book three and four. Then I signed with a big publisher for a two book deal, and they did no publicity and both books died. Then I signed with another publisher for a three book deal. The third book was Pictures of You and they rejected it as not being “special enough.” I asked if I could write something else for them, and they said, “No, we don’t think that will be special, either.” I was heartsick! It was my 9th novel, and outside of Rozzy, I had no sales at all. No one would want me. I was sure of it. So I cried to my friends, and one had this editor she loved at Algonquin, and she told her editor about my book. I sent her the book, and a few weeks later, I had a new publisher, who took that “not special” book and turned it into a NYT bestseller!

So now, I approach every book as simply that–a book I am writing. It may do well. It may not do well. It’s luck, timing, and a lot of other forces in play that no writer can control.

You write guest posts, you’re interviewed, you interview others, and you’ve appeared on television. What has worked best for you – outside of appearing on national TV programs like the Today Show – in terms of gaining visibility?

Social media! Facebook and Twitter are fabulous for interacting with people. I’ve met movie people there, other authors who I’ve been lucky enough to meet in person. It’s a water-cooler for writers! I’ve found the more open and honest and kind you are, the more those qualities are returned to you!

There can be a lot of imagined competition in the writing world (I say “imagined” because each writer is so different, and there’s so much reading space, that there’s little to compete for), and there’s also a kind of hierarchy. But you, a NYT best-seller who is well established and high on the totem, seem happy to promote other, some of them much lesser-known, writers and give some of your time to sites like this one. Why?

I’m glad you asked this question. There is indeed a lot of competition in the writing world–who made what list, who got what prize, who got what. And it makes writers crazy. Plus, if you look at the lists, it’s all really a matter of taste and the times, and who got the biggest publicity budget. I’m also a book critic at People, the San Francisco Chronicle and the Boston Globe, and you have no idea how many wonderful, amazing novels come through my door and they don’t get reviewed because there is so little space for reviews. (I don’t make the decisions on what gets reviewed, by the way. My editors do.)

I felt awful about this, and I decided it would be my mission to help lesser-known writers and, really, any writer. I gave over my blog to interviewing writers, which meant I could also interview writers who are my friends (you can’t review your friends because it is considered unethical). And I could spread the word about books I loved. The blog has grown and grown and it makes me feel great to help others.

I was helped a lot by other writers in my career–and hurt, too. One writer actually wrote a piece about writers who don’t deserve to make the NYT list and said “Sorry, Caroline Leavitt” in the piece! I was dumbfounded! Another writer wrote a piece about why she wouldn’t blurb a particular book–and it was obvious that it was my book! I determined I didn’t want to be that way. I believe in karma, and kindness, and I think you can really change the world by being kind, by helping others, by all these little acts to help others.

What advice would you give a class of writing students about the business of publishing?

NEVER EVER EVER GIVE UP. Really. Things can change in an instant. Publishing is a weird and fickle business, but it’s good to remember that The Help was rejected 60 times. And so were a lot of really fine books. Remember Van Gogh died penniless and unknown, but that doesn’t mean he wasn’t a genius.

Write for yourself, not for the market. If you write for readers, it sounds fake. If you write the book that you yourself need to read, then you will hit something universal and wonderful and important.

Connect with other writers on social media! Be kind. Pay it forward.

Readers: If you enjoy this or any of the other 5 On interviews and have writer or reader friends you think might also enjoy them, please share! The series is just getting started and there’s a terrific list of interview subjects ahead.
Posted by Caroline at 4:51 PM