Tour de Blog: My leg of the "My Writing Process Blog Tour!"

I was invited to participate in the MY WRITING PROCESS BLOG TOUR by the most wonderful Bill Roorbach and Dave Gessner who run the smart, hip and funny blog, Bill and Dave’s Cocktail Hour. I know Bill personally and he's not only hilarious fun to be with, but he's generous, smart, and a truly extraordinary writer. Not only did he write the sublime Life Among Giants, (winner of the Maine Prize), but his newest, The Remedy for Love, will be coming out this October, and I plan to have Bill on my blog. He’s the author of eight novels, including the Flannery O’Connor Prize and O’Henry Prize winner Big Bend, Into Woods, and Temple Stream,

I don't know Dave personally, but any friend of Bill's is a friend of mine. Dave Gessner is the author of nine books, and his latest All the Wild That Remains: Edward Abbey, Wallace Stegner and The American West will be out in April. He’s won the 2012 Reed Award for Best Book on the Southern Environment and the Association for Study of Literature and the Environment’s award for best book of creative writing in 2011 and 2012.  And he’s a sure bet for winning the national championship in ultimate Frisbee.

Not only do you want both these guys hanging out with you over dinner, you want to buy all their books.

So without further ado, here are the questions, my answers, and my nomination for the next log of the blog tour! 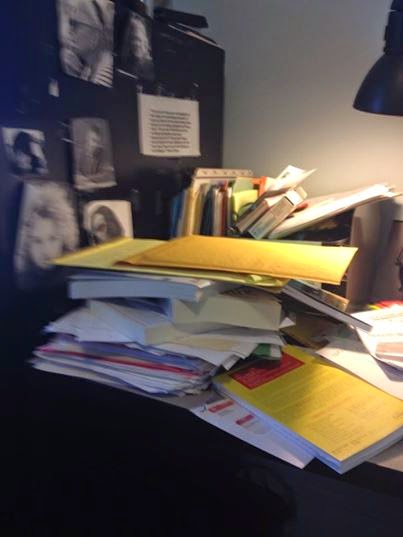 1. What are you working on?
I’m trying to let go of my novel Cruel Beautiful World and get it to my agent and then to Algonquin, even though I’m six months early on deadline, which never happens. Then I need to immediately start on something else because otherwise the paranoia, fear, and anxiety over letting a novel go will begin to eat me alive. It's better to focus that obsessiveness on something new.

2. How does your work differ from others of its genre?
I never understand what the word genre means, unless a book has dragons in it (then it is sci-fi), or Fabio on the cover with a woman in a tight dress (then it’s romance).  I try to write what feels truest to me, and trust that I'm odd or unique enough to give whatever I'm writing about my own spin.

3. Why do you write what you do?
If I didn’t write, I’d probably need a constant IV drip of Valium. I write about the questions that haunt me. How do you find community when you are an outsider? How do forgive the unforgivable? How do you live with yourself when you can’t make things right?  I never know the answers until I finish the novel, and it’s not always the answer that I hope to see. I write about my deepest fears in an attempt to understand and defuse them. (Doesn’t always work, but I keep trying.)

4. How does your writing process work?
Ha. I wish I knew. I always start with something that obsesses me, and it’s almost always around character. I always feel that people dig down and struggle to find their best selves when they are in the midst of their worst disasters. I am big on story structure. I know some writers hate making outlines and synopsis and all of that, but to me, without knowing something of the shape of my novel, I might as well be driving from New York City for miles not knowing where I am going. At least if I know I am headed to San Francisco, then I have a destination. But I plot and plan by what I call moral structure. How does the character change by being forced to make difficult choices? I often call this the Rolling Stone’s method, because I am always thinking in terms of the character “not always getting what he or she wants, but if he or she tries hard enough, maybe, he or she can get what he or she needs.”

For the next stop on the Blog Tour...
I nominate Bill Wolfe, whose blog Read Her Like An Open Book celebrates women novelists. He not only reads many novels by women writers, but often prefers them. His blog is genius, writers are devoted to him, and I’m honored to send you to his blog.
Posted by Caroline at 4:52 PM