Chris Bohjalian talks about Close Your Eyes, Hold Hands, nuclear power plants, how being the dad of a daughter sparked the book, and so much more 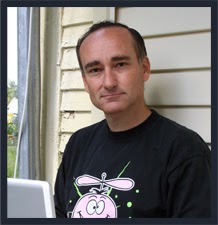 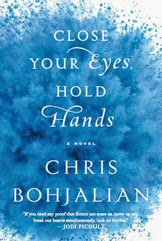 Chris Bohjalian may just be one of the kindest, most generous authors around. He's the kind of writer that when you do an event with him, though it's obvious that 450 of the 500 people in the audience are there for him, he makes you feel that they're there for you, too, and he even holds up your book and exhorts everyone to buy and read it.  He's the critically acclaimed author of 17 books, including nine New York Times bestsellers.  His work has been translated into over 25 languages and three times become movies, and they've been chosen as Best Books of the Year by the Washington Post, the St. Louis Post-Dispatch, the Hartford Courant, Publishers Weekly, Library Journal, Kirkus Reviews, Bookpage, and Salon.

You want to talk awards?  Chris' include the ANCA Freedom Award for his work educating Americans about the Armenian Genocide; the ANCA Arts and Letters Award for The Sandcastle Girls, as well as the Saint Mesrob Mashdots Medal; the New England Society Book Award for The Night Strangers; the New England Book Award; a Boston Public Library Literary Light; a finalist for the Lambda Literary Award; and the Anahid Literary Award. His novel, Midwives, was a number one New York Times bestseller, a selection of Oprah's Book Club, and a New England Booksellers Association Discovery pick. He is a Fellow of the Vermont Academy of Arts and Sciences, too.

His dazzling new novel, Close Your Eyes, Hold Hands, is about  homeless teen girl, a nuclear meltdown, and how we feed our need for connection--and of course, it's about much, much more. Thank you so much, Chris for being here!  I'm so jazzed to host you!

Sometimes my books demand a lot of research. But “Close Your Eyes, Hold Hands?” Not so much. The creation of Emily Shepard’s voice was. . .alchemic. It really was. The only other time I was so sure of a voice so quickly was years ago: Connie Danforth in “Midwives.”

Part of the reason why I found the voice so easily, I believe, is that I have written about teens in trouble often over the years as a Burlington Free Press columnist. I’m a big fan of Spectrum Youth Camp; Family Services in Burlington, Vermont and the remarkable work they do, and so I’ve met a lot of their kids. I’ve heard the teens’ stories and seen their faces. I’ve met the kids who are going to be okay, and the kids who are already so far down the rabbit hole that there’s no coming back.

I also know some of their staff. I went to college with Annie Ramniceanu, for instance, their associate executive director and an immensely gifted therapist and counselor. One day when I was having lunch with her, she started telling me how some of the kids – the teens who are falling through the system – would build igloos against the Vermont cold out of trash bags filled with wet leaves, and I knew instantly the novel I wanted to write.

As my 20-year-old daughter, Grace, would tell me when she finished reading the first draft, “Dad, please take this as a compliment, because I mean it that way: Your sweet spot as a novelist is seriously messed up young women.”  I know she’s right.

And I did learn a bit about how nuclear plants work – thanks to Arnie and Maggie Gundersen at Fairewinds Energy Education. But I really find nuclear power absolutely baffling. Their website is incredibly interesting ( www.fairewinds.org ).

And, yes, nuclear power does make me nervous.  The exclusion zone in my novel in Vermont is small compared to the actual exclusion zone around the Fukushima Daiichi plant in Japan.

You get so deeply into the head of Emily that it feels as if you are channeling her. How did you do such alchemy? (P.S. I know the answer to this, but I love it so much that I want you to talk about it.)

Part of it was the voices of all those teens I have interviewed over the years. I still have the articles and my memories of their stories remain vivid.

And part of it was my own daughter, Grace. I can’t count how many times I would be failing to find the right synonym for a word or to capture the perfect expression a really smart sixteen or seventeen year old girl would use, and so I would text her. I would ask her questions like, “What’s a hip synonym for ‘tattoo?’” Or “I need another expression for ‘wasted.’ Any suggestions?” And she would text me back whatever words made sense in context. Trust me, you would not have found the word “bitchcakes” in the novel without her. She was amazing.

And, finally, I focused a lot on the universals of age, not necessarily the particularities of gender. It is how I have written across gender in the past, and how I imagine I will in the future.
To me, this book feels different than any of your others, which leads to the question, what sparked the writing? What was haunting you that made you want to write this particular novel?

First of all, thank you. I never want to write the same book twice.

And what sparked the writing? I’m a dad of a daughter. The idea of a teen girl living alone in an igloo made of trash bags and wet leaves broke my heart. That image indeed haunted me – and spurred me on.

I have to say that the title is one of the most moving and greatest titles I’ve read in a long time. Did you always know that would be the title? Are titles difficult for you?

As Emily Dickinson wrote, “Tell all the Truth but tell it slant.”

That is definitely how my Emily Shepard writes and thinks. There is a slant to her story – and an edge to her prose.

And the words that comprise the title? They sound, she reminds us, like something we might read on a drugstore greeting card. Maybe the accompanying image is a couple holding hands as they jump off a dock into a placid lake one beautiful August afternoon. But, of course, their origin is far darker. Far sadder.

And that is the truth of my poor Emily’s life.

As for titles: They are usually really difficult for me. I agonize. I struggle.

But in this case? Not at all. I knew the title for this novel early on.

I am writing a novel about sex trafficking and, yes, I have grown very protective of this character, too.

But it’s the summer. If I am obsessed with anything, it’s my biking.

Oh my lovely Caroline, you have asked all the right questions. I too have a love and respect for Chris that is unmatched. He's an amazing author and human being. I finished the book a week ago and it's still on my mind. Emily is a character that won't go away, she is with me, haunting me, questioning how far any of us are from homelessness and desperate measures. I too have daughters and thought of them and my teen son has a read this book.
My review will be posting in a day or two. I admit, I loved the book.
Thanks so much for sharing your interview.