Cari Luna talks about The Revolution of Every Day, outline-less drafts, DJ Larry Love and so much more 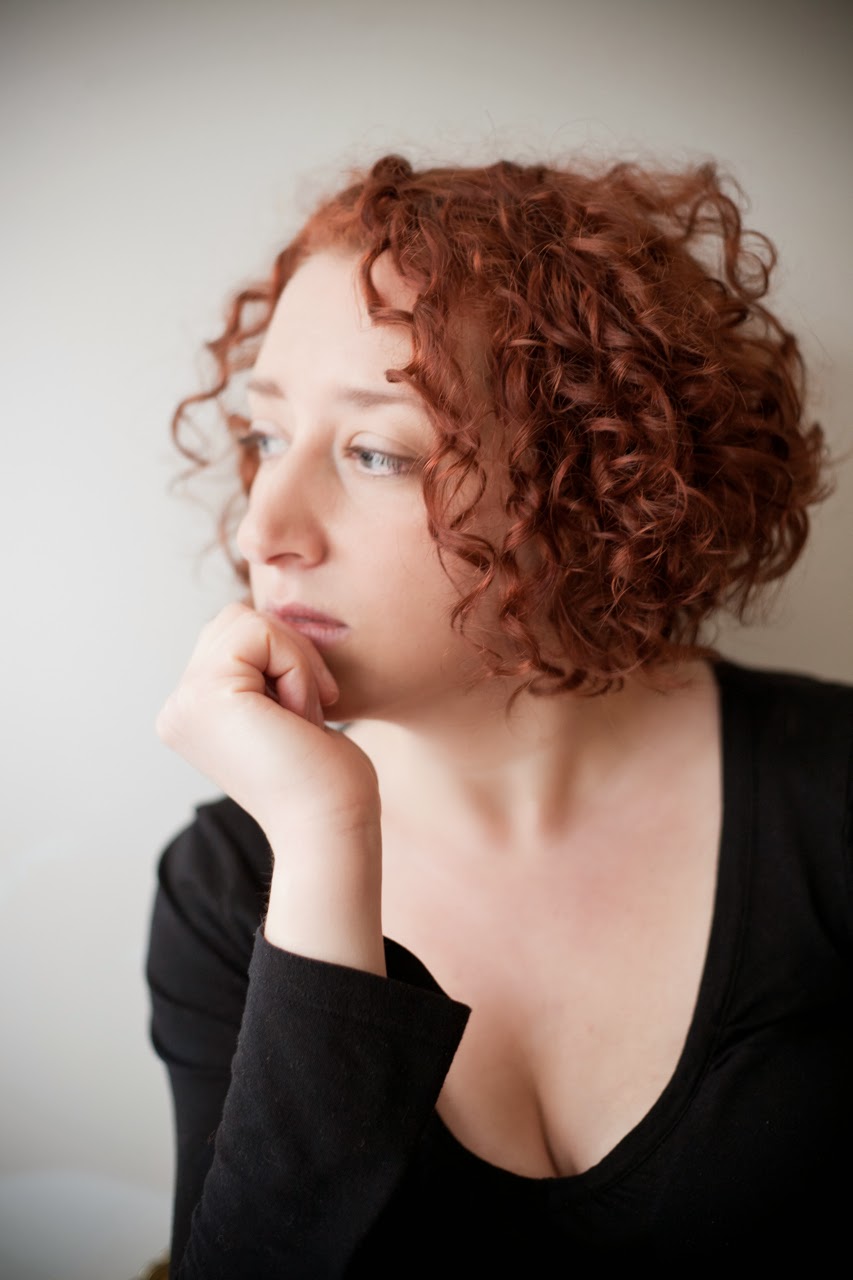 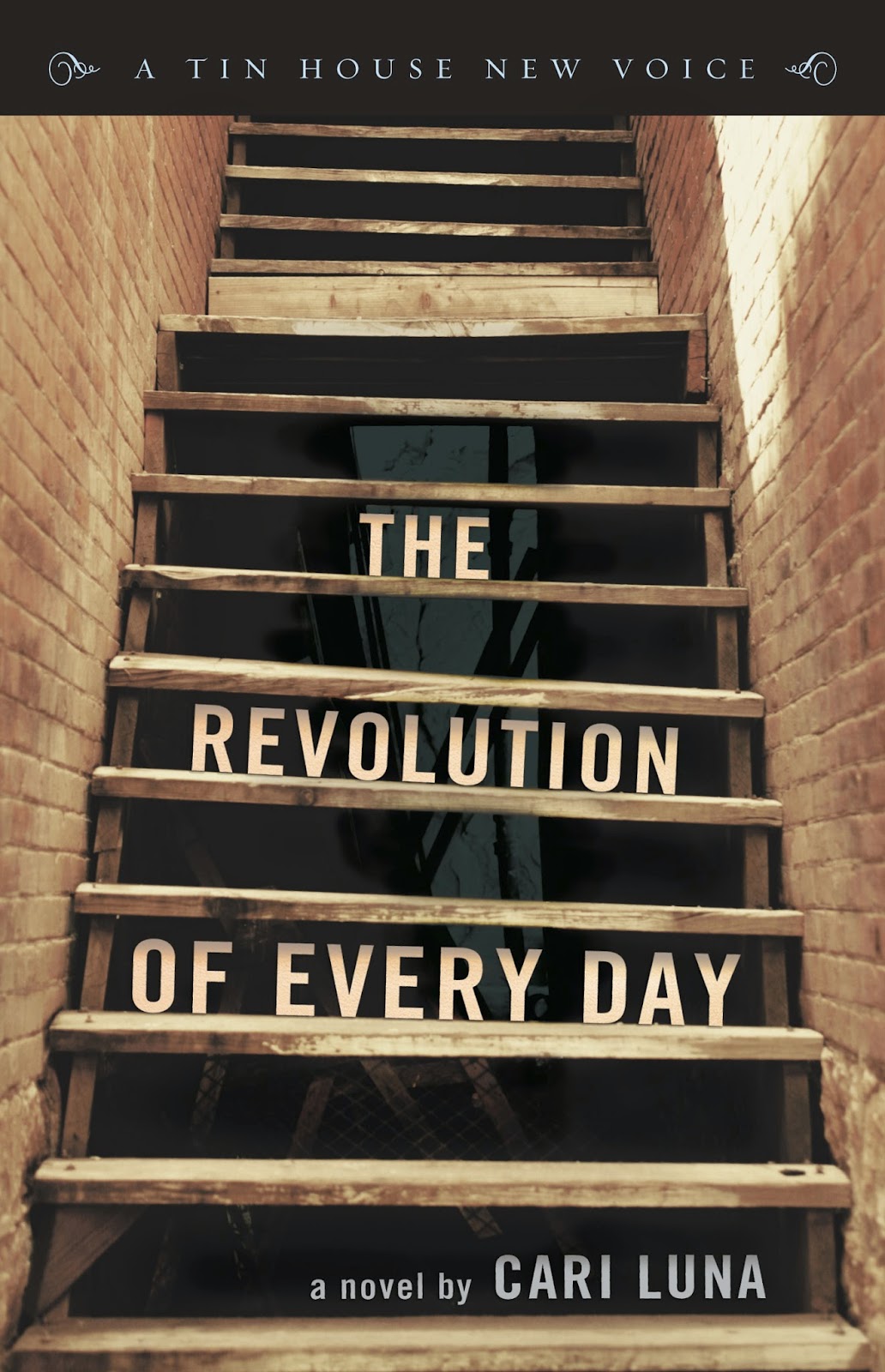 I can't remember where or when or how I came to know Cari Luna. Maybe it was through a mutual friend of ours, or maybe it was because I kept seeing her fabulous knitting designs, or maybe it was because I adore her name. No matter. I'm just thrilled that we became friends and honored to host her here for her amazing novel, The Revolution of Every Day.  Fierce, original and gorgeously written, it's about a group of squatters in a New York City that no longer exists.

Thank you, thank you, Cari for being here.

You used to live in NYC for many years--so I want to ask, how do you know what you had to know to write this book?

The Revolution of Every Day is set in New York’s Lower East Side in 1994-95, in a community of squatted buildings. I was never a squatter, but I lived in the East Village back then. As I wrote the book, I definitely leaned hard on my memories of the neighborhood, but I also did a lot of research. I relied on newspaper articles from the time, list-serv posts among squatters and activists, pamphlets that had been distributed and posted online at a later date, etc. There are also a few excellent books about the Lower East Side squats. Of course, it’s a novel, so there’s also a good deal of invention involved.

So much of the book is really about a New York that's gone--What happened to NYC, do you think, and how can we stop it from becoming more of the investment Banker/Models/Celebrity paradise it's turned into?

I’ll be interested to see how New York shifts now that Bloomberg is out and De Blasio is in, but honestly, I think the damage has been done. The book is set at the very end of an era in NYC that isn’t coming back. I very deliberately set it at that point—what I believe was a tipping point, when gentrification won out. Before that, it was still possible live relatively inexpensively in NYC. And so you could be an artist and not have to spend all of your time and energy just working to cover your rent. You could be a working-class or middle-class family and get by without an insane amount of struggle. There’s always been struggle, sure, but not to the degree that you see now. Policies that favored big business—and particularly Wall Street—are what happened to New York. It’s been remade for the very rich. This isn’t news to anyone, of course.

What's your writing life like? How do you write?

I’ve got two young kids, so their schedules determine mine. My son is in second grade, so he’s in school five days a week, but my daughter is in preschool just three days a week. Those three days a week are my only writing time during daylight hours. And those school days go by so quickly! Other than that, I write once the family is asleep—usually from about 9:30 or 10pm until 2am. It’s not particularly healthy, and it’s starting to catch up with me, but I’m loathe to let go of that work time at night. It feels like there’s never enough writing time. I’m greedy for it.

I write my first drafts without an outline, and usually without much of a plan. I follow the story and the characters wherever they go, trying to get it down as best I can. I’ve written three novels this way, and counting. The resulting first drafts are somewhat chaotic messes, but it gives me the raw material I need. I do many drafts—ten revisions of my (unpublished) first novel, thirteen drafts of The Revolution of Every Day. (The third novel is only a messy completed first draft at this point, on hold because I’m obsessed with writing a different book right now. I’ll get back to revising the other one soon.) Perhaps I would need fewer drafts if I were to outline, but I can’t imagine I ever will. I’m too in love with those moments when the book surprises you, when it goes somewhere you never would have expected but it feels exactly right. My MFA mentor, Michael Cunningham, told me once that “our books are smarter than we are.” I’ve found that to be true, and so I trust the process.

My novel-in-progress! It’s all I want to think about! It’s all I want to do! I try to be present for the family when I’m with them, but otherwise my head is firmly planted in the new book. It’s about online vs real life identity, and sexual obsession. This means Twitter = research, so you can imagine I’ve been struggling with my productivity a bit.

You might have asked for a story about book tour. I would have told you that my best tour story centers around a guy in Philadelphia named DJ Larry Love, and that it’s a story best told in person, over coffee. My reading in Philadelphia this past fall was definitely my Spinal Tap moment, but DJ Larry Love (and a bag of hot soft pretzels) saved the day.