Alice Hoffman talks about the Museum of Extraordinary Things, misfits and outsiders, the Triangle Shirtwaist Factory Fire, service dogs, and so much more 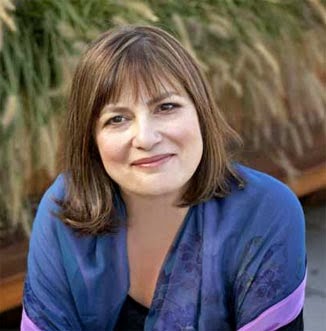 I first met Alice Hoffman at an Algonquin book party, though we had been planning to have coffee for months. She's warm, funny, accessible, and a little bit magic. We were having some discussion and I happened to mention my beloved tortoise Minnie and Alice said, "That's a Modern Love piece!" I hedged and she said, "Write it! You have to write it!" So I did, and it was published to acclaim, and Alice later said, "See? What did I tell you? I'm always right."

You know what? I think she is.

She's also the author of 24 novels, 3 books of short fiction, and numerous books for kids and young adults. Here on Earth was an Oprah Book Club Choice; Practical Magic, Aquamarine and The River King were both made into films, and she' sheen published in more than 100 foreign editions and 20 languages. She's both critically acclaimed and eloped by her readers, and I am thrilled to host Alice here again. Thank you, Alice!


What sparked this novel?

The novel began when a friend at the school of Education at Adelphi University suggested I write about the Triangle Factory Fire of 1911 on the 100th anniversary of what was the worst workplace disaster before 9/11. I realized that my personal pull was that my grandfather was a member of the ILGWU --

I wanted to write about the history of New York, intertwined with my own history in Chelsea and Brooklyn. I'm always drawn to survivors, and all of my characters are survivors in one way or another.

Your storyworld was incredibly alive--the drifters, the gritty streets of New York, the magic of Dreamland and the museum,  and especially the misfits, who are always my favorites. Can you talk about what the research was like? What surprised you? And how would you say that writing this novel changed you?

Interesting that you bring up misfits -- my first novel, Property Of, was about a street gang named the misfits.

In terms of research, I read everything I could about the time, and was lucky enough to have several experts read the finished product and weigh in. And then I let my characters and the dream world of that time take over. For me, NYC is a place of wonder and magic, and it is in the novel as well.
The characters are all misfits -- outsiders -- Jews, criminals, lost souls, one of a kind odd people that I fell in love with.

Like thousands of people, I’ve been following your career since Property Of, your first novel,  and I’ve watched your work grow richer, and deeper, but it always retains that hint of magic, that sense that the world is stranger and more miraculous than we can imagine. Is this your personal world view, or just that of your characters’?

I always think the writer isn't the person you meet, he or she is the person you read. As a writer I am a great believer in magic, fate, history, mystery, beauty. This is the reason I still write, and why it's my life raft.

Most of my miraculous experiences have occurred in New York City -- this summer I discovered fireflies on 23rd Street -- If that's not a miracle, what is?

I have sort of an odd question. I always read the endnotes, and in them you credit your editor and publisher for changing your writing. How did they do that?

I've been fortunate enough to work with Nan Graham and Susan Moldow on The Dovekeepers and now on The Museum of Extraordinary Things. They are amazing in terms of their support for their writers, and their dedication to publishing and literature. They were behind me when I told them that I planned to write about very challenging subject matter -- The siege of Masada and now the Triangle Factory Fire. I think they trusted that I would tell the inside story and do my best to get to the heart o the matter through my characters and their journeys. I had been somewhat bottled up, and their support freed me to write the books I most wanted to write.

I'm working on a novel for middle readers -- tween, teen, adult -- it all overlaps now. It's a book about magic and monsters and love and faith. Great fun to write, and in many ways, an ode to Edward Eager, one of my favorite childhood writers.

My current obsession is non-literary -- after losing three dogs, I'm planning for a puppy and obsessed with working with it to become a service dog. Dogs have figured in a major way in my writing and my life. In my new novel, there is one of my favorite dogs, Mitts, a pit bull left to drown in the Hudson River, who is as loyal as they come once he's rescued.

You ask such great questions about writing -- if I could add anything it would only be that I was always a reader, and I never expected to be a writer. Because of this, I feel lucky every day.
Posted by Caroline at 1:09 PM