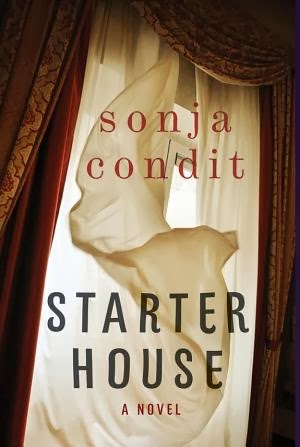 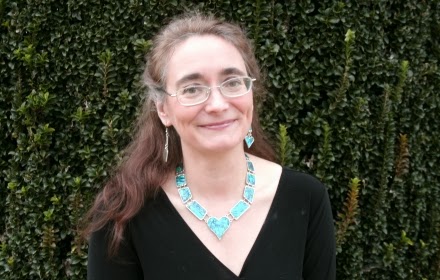 Who doesn't love things that go bump in the night--especially when they are the showpiece of a literate new novel by the enormously talented Sonja Condit? Thank you, Sonja, for being here.

I always ask, what sparked this book? Did it become something different than what you thought it would be?  And if so, what surprised you about that?

I wanted to write a ghost story because I love them. A few things bother me about ghost stories, though, mainly that the haunted house is so obviously haunted. No reasonable person would choose to live there, so how do you write a ghost story about a reasonable person? I wanted to create a haunted house that was a perfectly ordinary modern house with no immediate danger signs. When my husband and I were house hunting, we visited a house we didn’t like, and it was only a couple of blocks away from the house we bought. Over the next few years, I noticed it was almost always for sale. Nobody ever lived there more than a few months. Why was that? I never knew. I think it’s standing empty now.

The second element of the story was pregnancy. There are a lot of books about pregnancy and none of them helped me with the first baby, because I had a terrible time, bled for four months straight, and almost lost him. My obstetrician told me “there’s nothing we can do, go home and pray.” You won’t find that in What To Expect When You’re Expecting. So, when I wanted to put more pressure on the reasonable person in the ordinary house, I gave her that pregnancy. (The baby is fine, by the way; he’s almost fifteen. These ideas have been in my head for a long time.) And the third element was that the ghost isn’t dead. This is built into our language. People say things like, I left my childhood behind, or part of me died that day. I just made the figurative language into an actual event.

As for surprises, I wrote the whole book knowing somebody would have to die, but I didn’t find out who until I wrote that scene. I went into the scene prepared to kill anyone, and I hope some of that uncertainty is still there for the reader.

There is something about pregnant women and things that go bump in the night that really make a story roll. There’s Rosemary’s Baby, of course, and there’s your book. Why do you think this is such a perfect blend?

Even an ordinary pregnancy is terrifying. Think about it—until quite recently, getting pregnant was the most dangerous thing a woman could do. Then, this person you know nothing about starts to take over your life. They have personality and opinions long before birth. I played in orchestras in my third trimester with the second baby, and she reacted very differently to different kinds of music. (She didn’t like trombones.) And, especially with the first one, you know your life will never be the same. From now on, forever, you will be someone’s mother. This is a huge change in identity; it reorganizes every part of your life. Loss of autonomy and loss of identity are important elements of horror.

I really admired the way you tunneled into your characters and made them breathe on the page, which is a considerable feat. How did you do such alchemy?

My agent, Jenny Bent, made me do it. She’s a wonderful reader and editor. She went through the manuscript marking all the places where she couldn’t tell what Lacey was feeling with the question how is she feeling, and I worked it out. Most of the time I answered the question not with a description of Lacey’s feelings, but with a paraphrase of her thoughts. That seemed to work. In the book I’m writing now, I hope to do that without being told.