Tamar Ossowski talks about the creative process, having a child with autism, and her luminous new novel LEFT 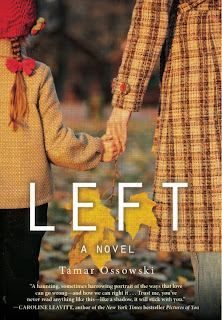 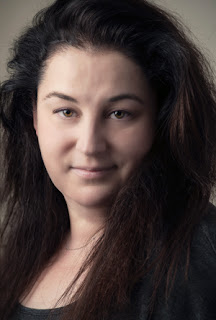 Sometimes you get lucky and get to see a novel in the early stages. I read early versions of LEFT and was knocked out. The story of two young girls, one of them autistic, and a mother on the run, it's very much a book about the stories we tell ourselves and others in order to make sense of our lives. Thank you so, so much, Tamar for coming on the blog.


I have a child who is on the autism spectrum.
Things can be confusing for him and he is someone who needs maps to navigate his world.  Or more accurately, he needs maps to navigate OUR world.  When he speaks he needs to remember to look people in the eye.  He needs to remember that most people are not interested in hearing about the history of pinball machines or seeing his collection of used VHS tapes.  He has had to learn that even if someone is not speaking to him they may still be communicating. He thinks differently than me.  He experiences the world differently than me.  But in the end, we are not that different.
At the age of three my son was non-verbal and communicated by pointing.  As he struggled to make himself understood, I struggled too. I signed up for an online writing class because I needed to find a place to share my voice, a place where I could be heard.  On the very first day, the instructor told us to put 10 meaningful words into a hat, pull out five and begin to write.
And that was the beginning of my novel, LEFT.
It took almost eight years to complete. Even though the process was organic and authentic it was also filled with anxiety.  Most of the time I felt like I was blindfolded and trapped in a dark locked room with nothing but instinct to guide me. My child and I had more in common than I thought.
I had incredible support from teachers and writers (thank you Caroline!) to keep going and what finally emerged were passages of writing that seemed both glorious and magical and honest.  I wrote and rewrote and struggled but most of all I tried to have hope. It was also around this time my child began to speak and when he was almost five we learned that he was reading at the level of a twelve year old.
My son is a teenager now.  He uses graphic organizers to help him compose essays and break down math problems. He is more comfortable and competent with technology than I am. He has finally figured out that I am not being literal when I say something with sarcasm (which I do often).  He has learned to express his needs and adapt to this world and I am proud of his courage and of all that he has accomplished.
I have tried to adapt as well. I no longer write without an outline because like him, I need structure in order to gain understanding. I need a tool to help me make sense of all that is going on around me.  I need these things to help me find my way through the dark.
For many reasons I am lucky to be his mother. He has taught me to be patient, to be less judgmental and a little more forgiving. Mostly though, by watching him learn to find his map, I have also learned to find mine.

Tamar Ossowski is married and has three children, one of whom was born with special needs and could spell before he learned to speak. She wrote the novel Left to explore the possibility that you can only become the person you are supposed to be once you truly embrace the person you already are.