Debra Ginsberg talks about What the Heart Remembers, cellular memory, delicious baking, and so much more 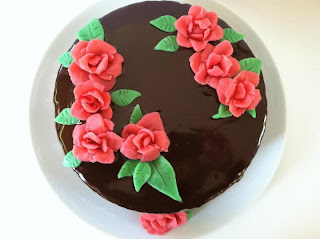 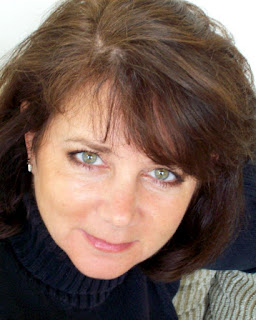 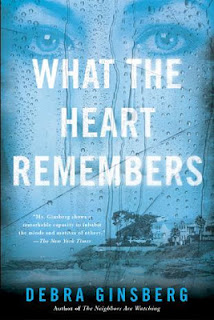 I owe Debra Ginsberg a lot. When I was first starting to be a reviewer, I actually got a monthly column at The Boston Globe. I was terrified of picking the wrong books. I wanted something I'd fall in love with, something I thought others would fall in love with, too. I roamed the local bookstores frantically and then I found it: Waiting: The True Confessions of a Waitress. I read the first two pages standing in the store, even as a smile spread across my face.  Since then, I've followed her career relentlessly, from The Grift, Blind Submission, The Neighbors are Watching, and more. And, of course, I've been following her extraordinary baking! Every picture I see seems to be whispering my name! I'm thrilled to have Debra here to talk about her amazing new novel, What the Heart Remembers. Thank you, Debra!

I first fell in love with your work because of your memoir Waiting, about your time as a waitress and your beginnings as a writer. What do you wish you could have told yourself back then that you know now about writing, and why?

Writing has always been the only thing I ever wanted to do and I say this with no exaggeration. From the age of about five (at which time I dictated stories to my mother because she could write them down faster than I could), I have had a one-pointed desire to not only write but write for an audience. I read a great deal as a kid and a trips to the bookstore had the same thrill as trips to the toy store. But every time I went into a bookstore I envisioned what MY book would look like on the shelf or the table or in someone’s hands. I have been writing for *cough cough* let’s say a long, long time. But it took decades to actually get published. When I did, with Waiting, it was in every way a dream come true and I enjoyed every single second of it down to seeing my name on the carton of author copies that arrived from HarperCollins. But despite what I already knew about the book business (and I had already worked in it for a few years), I was wholly unprepared for how difficult it was going to be to make a living from my writing, even when my books were well-received, after Waiting. There are some decisions I would have made differently had I known or anticipated this, but I would have continued writing. I’ll never stop writing.

The tension in What the Heart Remembers is deliciously relentless, so I want to know, how’d you do this alchemy? Do you plan ahead or hope for the best?

I do a little planning ahead and a lot of hoping for the best. I always have a starting point for my novels and always know where I want to end up, but almost never know how I’m going to get there until I’m in the thick of it. In other words, I know that somebody dunnit at the beginning of the book, just not who or how. My editors have found this “interesting,” to use their euphemism, but writing outlines has never been my strong suit. Characters, scenes, and even plot (to some extent) have a way of changing as I write and part of the fun for me is discovering the details I’m not aware of until I’ve lived with the characters and their world for a while. I’m also somewhat impatient, which sometimes helps in maintaining the tension in a scene. I’ll be writing away and suddenly think, we’ve been in this room an awfully long time—must get out of this chapter now!

I’m fascinated with the whole idea of cellular memory, especially in transplant patients, and especially as shown in What the Heart Remembers. I also loved , in your novel, The Grift, the whole idea of a psychic who wakes up to find something else might be going on. I sort of believe that quantum physics will reveal to us just how weird the world really is and that there might be science behind so-called psychic phenomena, but I’m intensely curiously about what you think.

I honestly believe that there is an explanation for everything, but I also believe that some explanations are beyond what we can process intellectually—which is where the leap of faith comes in. The line between these two—faith and science—is sometimes so thin (in my humble opinion) as to be imperceptible. Why else would the Higgs boson be referred to as the “God particle”? The world is weird, isn’t it? Which is something I think we can all agree on although it’s always nice to have it reaffirmed by, say, NOVA. Cellular memory has always seemed an entirely reasonable concept to me. After I gave birth (and I think many women would agree with me here), I suspected that while my brain would likely forget the specifics of the pain, my body would forever remember the physical trauma. (It turned out that neither brain nor body forgot anything—but that’s a different story). Cells store so much information—DNA!—why not memory as well?

I love that you mentioned you like to write about characters in “the gray zone between good and evil.” Come on, talk a bit about that.

I’ve been advised many times to make my characters (especially the female characters) more "sympathetic" or, for lack of a better word, nicer. But whether or not it’s my way of being contrary, I think it’s possible to write complicated characters (especially female characters) that are capable of both good and evil, kindness and cruelty. Obviously, a novel can’t be relentlessly grim and expect to retain readers, but I think characters should be a little surprising. I think they should be flawed, heroic, despicable, loving, angry, and interesting. The one thing they should never be is boring. My greatest fear is writing a boring character. The gray zone is inherently interesting so that is where my characters tend to hang out.

I find it equally fascinating that you are this extraordinary baker as well. (One creativity leads to another!) How did this come about?

Well, I had just started dating a man... Oh dear, I so don’t like the way this is sounding, but it’s the truth. Let’s say this man worked for a publisher. And let’s say he started bringing me beautiful baking cookbooks from said publisher. And let’s also say he started crying about how nobody had ever baked him cakes or pies and... So that’s how it started. But then it really started taking on a life of its own when I realized that cake can also be art. In a way, it’s a lot like writing. There is the essential idea and then it becomes something you need to conceive, plot, and execute (say, an Angry Birds cake or, um, Stonehenge). The difference is that it’s 3D, delicious, and nobody complains that it’s unsympathetic. In fact, everyone loves cake. It makes people happy. And making cake – especially cake that looks like something else – makes me happy. It is a really wonderful—and relatively safe—creative outlet. Plus, there is no end to the new techniques and skills one can learn. Or, as it turns out, the money one can spend on it.
Posted by Caroline at 5:22 PM

This makes me hungry for chocolate cake and Ms. Ginsberg's new novel. I'm heading out to find both! I love that sometimes sheer boredom leads to tension in a scene leads to a great page-turning read. Thanks to you both, Debra and Caroline!