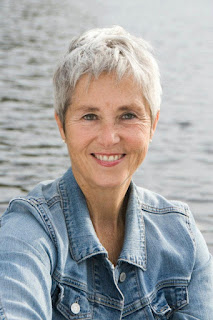 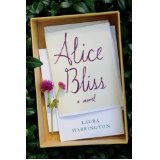 Laura Harrington's Alice Bliss is a remarkable, haunting novel about a girl grappling with her father's being deployed to Iraq, coming of age, and the aching bonds of love. Harrington's an award-wining playwright, lyricist and librettist, and I am honored to have her writing something for my blog.  Thank you, Laura!

My father was an exceptionally modest man. Born in 1917, the third youngest of thirteen children, he was a wonderful listener and rarely talked about himself.  His highest form of praise was to call someone a true gentleman; he revered the old-fashioned attributes of grace, modesty, and service to others. After he died I found a list he had written on a piece of three-ring notebook paper, titled “credits.” I love this list so much I’ve framed it and it hangs in my office as a source of inspiration.

In our brave new world of self-promotion and online sharing of our lives, so many people now seem to come pre-packaged with a list (often of “credits”) following their name.  Not too many years ago, we had hyphenates; the classic example was: writer-director, which looks so moderate now, almost self-effacing.  Then the hyphenated lists started to grow until they became ungainly, such as chef-entrepreneur-television personality-artisanal cheese maker, etc

Now, thanks to Facebook and Twitter we can all have lists after our names. We package our public personas in quick, sometimes witty profiles.  These are like mini online dating entries, meant to communicate enough to inspire “following” or “liking.”

I wish my father were still here so that I could ask him what motivated him to write that list.  Was it all those years of coming to my plays and reading theatre programs where my "credits" were listed? Who knows?   But my father’s list doesn't include any of the credits we now expect to follow someone's name, and that should, by all rights, follow his name, such as World War II veteran, accountant - turned entrepreneur, wine merchant, wine importer.  None of that.

Top of the list: selling magazines door to door during the depression, which is how he helped feed his family when he was twelve and thirteen years old. He sold the Saturday Evening Post, Ladies Home Journal and the Country Gentleman, until he started caddying at age fourteen, and became Caddie(sic) Master at Ridgemont Golf Club.

What I love about this list is that it gives such a clear picture of the man.  He served in the Air Force, raised four children, participated in politics, volunteered his time to enhance children’s lives through education, sports and foreign exchange, built a church, and was active in his business community. He thought children should learn to compete by playing games so that we might avoid competition on the battlefield, and he championed foreign exchange as a means of diminishing differences in the hope that we might learn to live peacefully side-by-side.

I wonder, in spite of my theatre credits and even adding in my teaching credits, whether my life and my contributions can possibly measure up to the idealism and dedication of my father’s exceptionally modest life.

Thanks for the reminder that modesty is our best calling card in a hubristic world, that what we do quietly says more about who we are than what we loudly proclaim. These days modesty and integrity are in short supply, but your Father's example shows the richness they can provide.

Kate, thanks for your lovely comment. I find myself thinking about my dad and his generation so often lately. Those values endure, I believe. And hope.