Amy Hatvany talks about forgiveness, fathers and daughters, and Outside the Lines 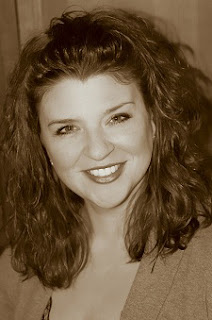 I was honored to blurb Amy Hatvany's terrific new novel, Outside the Lines, about finding a father you thought was lost to you, and forgiveness. It was a book I loved so much, I asked Amy if she would write something for the blog. Thank you so, so much, Amy.

My Father, Myself - Amy Hatvany, on OUTSIDE THE LINES
I didn’t plan to write a novel about a father and daughter. All of my books have dealt with varying themes of motherhood - perhaps because I have been in the throes of baby/toddler/grade-schooler-ville for the better part of a decade. Being a mother encompassed me in a way I’d never experienced, and when I get obsessed about something, processing it on the page is the only way I know how to make any sense of it at all. (Maybe I’m a slow learner, but I’m still not sure I have much about this mommy-gig figured out; most of the time I just wing it.)
But, as my children have (finally!) started to brush their teeth, shower, and get dressed without being strong-armed into it, I believe my mind made room for something different. I didn’t know what I was going to write about next - in fact, I’d begun to feel a little panicky about it (Will I ever write again? Maybe I’m just a fraud!) - and then, out of nowhere, I had a dream a few months after my father had died: I was walking along a sandy beach, wind whipping my hair around my face, the sun still shining on an icy winter day. Suddenly, I spotted a blue tarp over a pile of driftwood, and as I lifted it up, I realized my father was curled beneath. He was skinny, bedraggled, and appeared disoriented. When I woke, I was struck by the overwhelming feeling that he had been lost, was suffering, and I’d been looking for him for a long time. In that moment, the premise of OUTSIDE THE LINES was born.
I began writing about Eden West, a woman searching for her homeless and mentally-ill artist father, David, whom she’s been estranged from for twenty years. I wrote from his view point and hers, both past and present, so the reader would see how close they were and how their relationship fractured when she was only ten. And then later, what drives her to find him again.
As I wrote, I thought deeply about the sometimes emotionally tumultuous relationship I had with my own father. How much I loved him, and yet, for whatever reason, how we never seemed to connect the way I hoped. I thought about what a profound influence needing a father’s unconditional love and acceptance has on a woman’s choice in romantic partners. I often wondered if my father was alive to read this story when I was finished writing it, would he understand that I forgave him long ago for any of his flaws, simply because as a parent now, I’m keenly aware of so many of my own?
I hope so. I hope wherever he is, he’s kicking back with this new book of mine and whispering, “Don’t worry, honey. I forgive you, too​.” 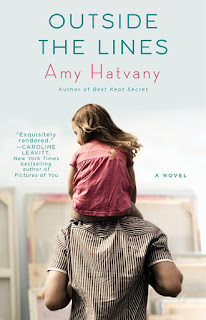 I thought that these blog would not be so informative, but after reading the blog i can say it was really informative.
clark kent costume