Sloane Crosley talks about writing, fame and How Did You Get This Number 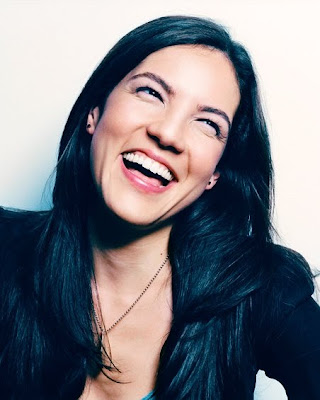 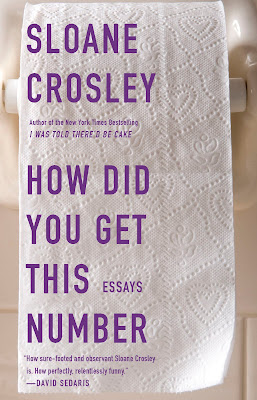 Sloane Crosley is one of the most hilarious people around. HBO has recently optioned her book, I was Told There'd Be Cake for a series, and her new collection, How Did You Get This Number is an even funnier book. (Well, I think so.) I'm thrilled to have Sloane here.  Thank you, Sloane!


You aren't working in publishing anymore. Are you losing your mind just working at home--or perhaps, finding it?


Mother, is that you? No, kidding. I’m not losing my mind. It is a very sharp change, sharper than I expected despite everyone’s warnings that it would be a big adjustment. I’ve been doing it for three months now and I’m just starting to shake the feeling that I’m home sick or got laid off. So I’ve definitely been productive but am slowly starting to realize that it’s a pretty awesome thing, making one’s own schedule.


I also want to know what it's like to be on the other side of the publishing fence. Are you doing all the things you always wish authors didn't do when you were a publicist?


I think it’s more about discovering reading again, as fantastically cheesy as that sounds. I can read anything I want. Because I worked for Knopf and Doubleday, I was hardly confined by what I was reading. It’s like oh, poor me, someone locked me in a room for a decade and told me I had only chocolate and cheese and wine to consume….not so rough. But when you’re working on so many books, each of which you aim to speak intelligently about…I read about one Little, Brown or FSG book a year. If that. Same thing with attending events. When I saw Karen Russell and Wells Tower read at The New York Public Library Young Lions event in March, it was the first time I had gone to a literary event since I quit my job and it was mind-blowingly enjoyable in a way I didn’t even know I was missing by working in book publishing.


So much of your work seems to me to be a love letter to New York City. Could you imagine living anywhere else and why or why not?


Thank you. It’s hard to write love letters to a lady who has had, say, several centuries worth of suitors. What can you get her that she doesn’t already have, you know? But yes, I could definitely imagine living other places. Certainly abroad but book tour is also a nice American sampling experience. I’m a huge fan of Portland, Oregon, San Francisco and Austin but I think I would miss the clip of New York. Even in LA, I’d miss it.


I’m doing a lot of larger magazine pieces. So I’m obsessing about those and also a novel.


You've been called the anti-adult. Can you comment on that?


Have I really? No fair. I challenge whomever said that to a kickball duel on the playground at recess.


What question should I be mortified that I didn't ask?


I suppose you could have asked me to spill all sorts of ridiculous stories about authors, inside trade secrets about e-readers and the future of the printed word but alas – it’s all in the vault.
Posted by Caroline at 7:35 AM

Haha! She is very funny. I always enjoy her interviews. Thank you both for this :-)

I saw her read at Powells in Portland, and it was truly a pleasure.