Read this Book: There is No Other by Jon Papernick 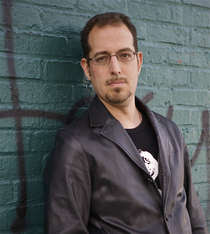 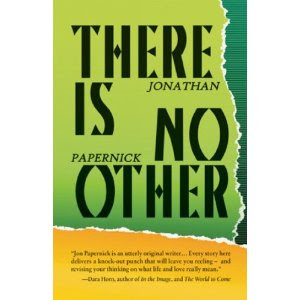 Surprising, shocking, profane and hilarious, Jon Papernick's There is no Other explores the lives of Jews on the edge of despair, desperate to connect to each other, their kids, and their God. One of the most startlingly brilliant story collections I’ve read in years. (I also have to thank Jon for not only enduring the mail losing two of the books he sent me, but for being gracious enough to come to BEA and hand-deliver his book to me.) Thanks so much, Jon, and thanks for answering my questions.

A lot of your stories in this collection deal with ritual vs. faith. Do you think you need the rituals—the outside appearances-- in order to believe, or do you feel that these rituals are a very important component of faith itself?

I actually do not think that these rituals are all that important in order to believe. In fact, I follow very few Jewish rituals myself. Certainly the rituals provide some sort of structure, and help create community, but, for better or worse, I've never been one to follow any sort of structured guidelines in any aspect of my life. However, I think a part of me is a serious believer, and I sort out my questions relating to faith at my writing desk. Writing itself is a supreme act of faith, and I think the closest I come to prayer is when I sit down to create my stories.

Your characters yearn for love, for sex, for children and for God, but if and when they get them, it never turns out the way they expect. Women turn out to be whores, God isn’t listening, children disappoint or turn against you. But every once in a while, in the stories, a miracle of sorts occurs. Why do you think connection to anything—an idea or a person—is so difficult?

First of all, I just want to say that it's not just the women who turn out to be whores in my stories. I think we spend our entire lives trying to connect to something to make us whole, to satisfy our psychological and physical needs, be it a husband or wife or some idea of God. If it were so easy to connect to these things, I imagine life would lose much of its urgency and passion, and that is what makes life endlessly mysterious.