Guest blog from Danielle Ofri, author of Medicine in Translation 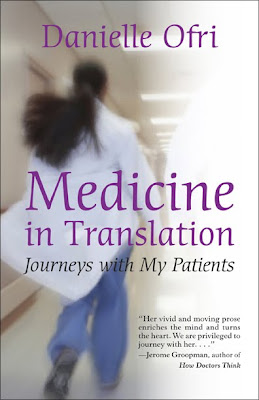 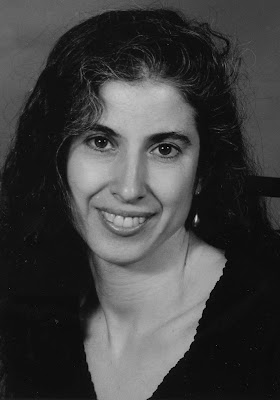 I'm thrilled to have Danielle Ofri guest blogging here. First, because her books are revelatory in terms of creating a narrative about healing, doctors, and patients. Secondly because my novel Pictures of You would not be here if it wasn't for Danielle and the Bellevue Literary Review who published portions of it, and awarded it a prize. Medicine in Translation is a fabulous read, chronicling Ofri's and her patients' journeys, as they navigate medical, cultural and religious divides. Thank you so much for the guest blog, Danielle!

The first book I wrote about medicine, Singular Intimacies, did not start out as a book. It started out as a breather—an exhalation, you might say—after a decade of medical training at Bellevue Hospital. After ten years of exams, hospitals, illness and death, I needed some air.

I left New York and spent the next 18 months traveling—doing temp doctor jobs in America to pay off my loans, and then traveling to South America between assignments for as long as the money would last. It was during this hiatus that I began writing down the stories of Bellevue, a life chapter that I recognized was singular, and that would never be duplicated.

Then, another decade passed. This one was more sedate on the professional side—the (slightly) calmer life as an attending physician at Bellevue—but more dizzying on the personal side. After getting married, we had a new baby, and then a second, and now I was juggling young children with a job as a doctor, but also writing and editing.

I’d always treasured a dream of living abroad for a year. I wanted to learn Spanish so that I could speak with my predominantly Hispanic patients. I wanted to expose my children to another language and culture. I wanted to try to write a novel. After a decade in this new life, I was ready for a break again.

We planned for a year in Costa Rica. After I’d resigned from my job, got passports for the kids, took care of our apartment and affairs, arranged for our dog to travel with us, we discovered that I was pregnant.

Suddenly we were at a crossroads again. Should stay in New York to have the baby, or should we step out into the unknown? We decided to soldier on, especially once we were able to locate a good hospital in Costa Rica.

We arrived in Costa Rica on a hot summer night. Our children were 2 ½ and 4 ½; I was four months pregnant. It turned out to be a wonderful year. Our children attended a delightful preschool that was entirely in Spanish. Our dog relished the sunny mornings stretched out on the Costa Rican grass that was a lot softer than NYC concrete. My husband took art classes. I took up the cello and started the novel.

Our baby was born midway during the year and enjoyed seven lovely months of relaxing life in Costa Rica. For all of us, the respite was salutary and delightful.

I wrote lots of the novel—more than 300 pages worth—and had a wonderful time doing it. It was about a fictional internist in a fictional city hospital, and the wildly diverse patients he cares for.

When we finally (regretfully, wistfully…) returned to New York, my editor and I took a cold hard look at the gestating novel. We finally came to the conclusion that it wasn’t really going to work. However, my editor observed that it was the theme of patients from diverse cultures that seemed to shine the most.

So we decided that I would return to nonfiction, and write about my real patients who come from all over the world. I wanted to focus on the cultural, linguistic, socio-economic, and religious challenges they faced in getting their health care in a foreign country.

My editor then pointed out that I had just been a patient myself in a foreign country. Although being pregnant and having a baby certainly isn’t as medically complex as truly being sick, I definitely faced many challenges being a patient in Costa Rica. Although my doctors spoke some English, the nurses, receptionists, billing people, and administrators didn’t.

Simple things, like making appointments, wasn’t so easy with my mid-level Spanish. Complicated things, like communicating with the nurse while in active labor, was a real struggle. Negotiating the emergency room after my young son had lodged an almond-sized guanabana seed in his nose on our fourth day in the country after was terrifying.

“Medicine in Translation” became the book that brought these experiences together. The book also highlighted what turned out to be a defining metaphor: the parallel between immigration and illness.

People who “emigrate” from the land of the healthy to the land of the sick have much in common with people who emigrate from one county to another. It is a new culture, with its own language, customs, and mores. Doctors are, in many respects, interpreters of the culture of medicine.

I invite you to join me for these journeys with my patients. You can sample one here. Upcoming events for Medicine in Translation are listed here.

Danielle Ofri is a writer and practicing internist at New York City’s Bellevue Hospital. She is the editor-in-chief of the Bellevue Literary Review. Her newest book is Medicine in Translation: Journeys with my Patients.

Her blog, Medicine in Translation, appears on Psychology Today’s website.