Living on a carless island with her poet father. Molested at six. A former stripper. A former prostitute. And one of the most moving and honest memoir writers. Hannah Sward talks about STRIP.

Abandoned by her mother, living with her poet father on an island with no cars, and molested at six, Hannah Sward grew up to be a stripper and a prostitute with a taste for drugs. How she got from there to here-- being a writer so eloquent, so moving and so brave, that J. M. Coetzee, Nobel Prize winner, called her memoir STRIP "touchingly honest," is a story in itself. I'm so thrilled and honored to have her here. Thank you Hannah! 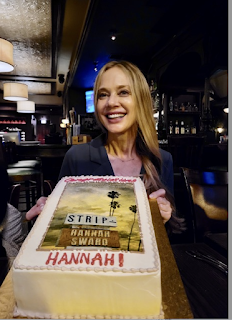 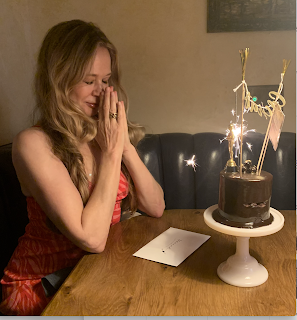 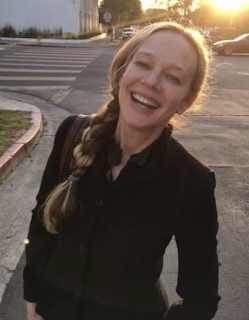 What I love the most about STRIP is your refusal to be beaten down, and your insistence on turning the broken pieces of your life into the whole beauty of this book. (In the acknowledgements you write: this is the book, I was afraid to tell, which makes me adore you.  Tell us how this book came to be, the why now moment when you were ready to tell it?

The now moment came when I could no longer take the angst that gripped me over not writing. It was unbearable. Yet the thought of sitting down to write, pen to paper, just me and that big blank page, that also filled me with terror. It would mean I would need to sit with myself. But the urgency to do so drove me. That was ten years ago beginning with two handwritten pages a day no matter what.

So much of writing is reliving things we’ve gone through, which requires a different sort of bravery. What was that like for you? Did writing about this change you, and if so, how?

It changed me to my core. The process was excruciating. And it was slow. I couldn’t have written it any faster or at any other time because the very process of writing it coincided with my ability to tolerate sitting with myself.

So many things changed. But one of the things was recognizing how dissociated I was. Like writing about the man in the brown car or the sex scenes with the different men. If I was going to capture what it was like, as you pointed out, I needed to relive it. To do that I really had to work on connecting to myself, getting in my body. That was horrible. I hated it. Yet it was crucial to my growth.

I deeply admire and love the structure of the book, short chapters with whole worlds in them, always surprising, always shocking, and yet everything is so alive and breathing on the page, from how you began stripping to drugs to drinking to your own kind of redemption.  But some people never are able to reach that point. If you had to pinpoint one thing within you that insisted you would survive all of this, what was it? 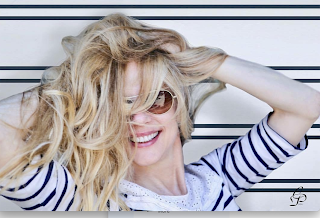 I think there was a sense, or maybe it was more of a hope, that one day everything I was experiencing would be material to create something. Like when I was working at the strip club, trying to hold back the tears as I watched my little sister twirl her beautiful self onto the stage. All those men watching her as they ate the lunchtime pizza special.

Or when I was locked in the Murphy bed closet, snorting lines on top of The Sun Also Rises. As painful as it all was, I could feel the thread of humanity within it all. The beauty. Does that make sense?

I keep thinking, and I am probably wrong, that there is a kind of metaphor in the word Strip. You are stripping away any pretense of your life in writing about stripping, among other things, but while doing them, did you feel you were actually adding on protective layers?

Not wrong at all. I do, yes. At the time, I think that what I was experiencing internally felt so unbearable that the drugs were my solution. Which is of course ironic considering drugs are what also took me down. But it was an attempt to escape the feelings that felt like they were going to kill me. That may sound dramatic, but I don’t think I’m alone in that.

What’s your life like now?  What things from your travels do you carry with you now?

I never ever thought I would be able to not hate myself, to be the kind of woman I always dreamed of being. I used to come out of the bathroom at Rite Aid after locking myself in there for hours high. Across the street was the Hollywood Farmers Market where women were buying Gerber’s and organic basil. Women who wore sandals with painted toenails and women who, when they went to the bathroom, went in and came out in a normal amount of time.

And now, all these years later I am no longer locked in the bathroom at Goodwill getting high or at Home Depot fixated on all the different kind of doorknobs and nails at 3am. God, I loved Home Depot when I was high. And gardening. If you could call it that. Like I describe in the book, it wasn’t so much gardening as it was wrestling with the poor Bougainvillea for hours on end.

It sounds so cliché, but I love myself today. Not every day, don’t get me wrong. I have days, moments, hours where I’m completely off center. But I know my way back home.

Obsession. I’ve had so many. From carrots – when I first got sober I had a carrot addiction, so much so that I turned orange – to hummingbird feeders to working with incarcerated writers, that’s a jump I know, to salted chocolate caramel ice cream. That’s probably no surprise given food is a theme in Strip.

But these days it’s frozen waffles, watermelon, and anything to do with recovery and writing.

You know, one of the things my poet father always used to say about writing is, ‘Now what is it you really want to say?’

My father was obsessed with words and as a child, I knew that when he was writing a poem, he wouldn't hear or answer me. Beginning when I was about six, sometimes I would sit next to him outside as he wrote in his journal, and I'd write in my journal too.

I swore I'd never be a writer, the no money, the constant revisions. And yet, in the end, it’s what helped me to heal.

My father was an inspiration and before the pandemic, I had the joy of reading with him at a public event. But sadly, he passed earlier this year and in his last days at home, we had poetry readings around his bedside every night. The morning he passed we had read “On My Way to the Korean War”. And in that poem, there are a few stanzas that are and will forever be in my heart.

So it was, dear friends, I learned to fly.

And so in time must you

and so will the warships, 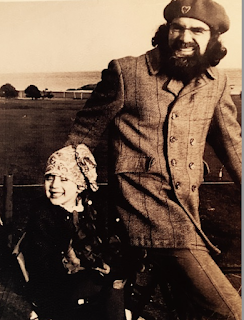 and the earth itself,

for as the prophet says, the day cometh

when there will be no earth left to leave.

What question didn’t I ask that you had hoped that I would?

I loved all your questions. SO much fun, thank you Caroline. A dream to do a Q&A with you.

It’s more a question I have for you, you don’t have to answer of course. But I was blown away when you wrote saying that I was your new heroine. What?! Maybe over coffee one day you could tell me why. That will be my new obsession. ‘Caroline Leavitt said I was her new heroine.’