Poets & Writers contributing editor Michael Bourne talks about his debut BLITHEDALE CANYON, writing fiction vs. being a journalist, California as a character, and so much more 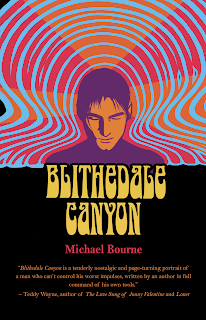 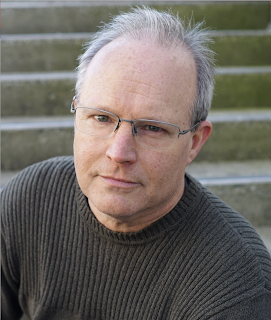 All writers adore Poets & Writers and The Millions, which means they also love Michael Bourne, a contributing editor at Poets & Writers and a staff writer for the online literary site The Millions. His fiction and poetry have appeared in The Potomac Review, The Orange Coast Review, River City, Oakland Review, and online at Tin House's Flash Fridays. He lives in Vancouver, British Columbia. His debut, Blithedale Canyon, set in sun-soaked California is about a guy fresh out of rehab trying to put together the jagged pieces of his life in hopes of reclaiming his self-worth and the woman he loves.

Says Edan Lepucki, "A story of love, redemption and hope. I couldn't put it down."

Teddy Wayne calls it "an ode to the pleasures and pains of the return to the familiar, to the gravitational pulls of addiction, friends and Springsteen on a car stereo, but mostly of home. A tenderly nostalgic and page-turning portrait of a man who cannot control his impulses, written by an author in full command."

Thank you for being here, Michael!

I always want to know what is haunting or obsessing an author into writing a book. What was it for you?