In Kimmery Martin's eerily prescient new novel DOCTORS AND FRIENDS, three doctors (all friends) find themselves facing a contagious virus spreading across the globe. Here, Kimmery talks about her gripping new novel, her work in ERs, the politics of medicine, writing, and why sometimes 80% of ER cases are "sex gone wrong." When Ron Block, one of the literary world's guardian angels, AND the podcast host for Friends and Fiction AND the chief honcho for the wonderful Cuyahoga County Public Library tells me that I have to meet an author, that we will love each other--I ALWAYS LISTEN BECAUSE HE IS ALWAYS RIGHT. And yep, yep, he was.
Kimmery Martin is an emergency medicine doctor-turned novelist whose works of medical fiction have been praised by The Harvard Crimson, Southern Living, The Charlotte Observer and The New York Times. Kimmery is hilarious, smart and I also loved her novel DOCTORS AND FRIENDS.  So does everyone else, because look at the praise:
"The lives of three doctors—friends since medical school who meet for an annual get together—are thrown upside down when a contagious virus begins to spread across the world in this eerily prescient and timely novel written before the COVID-19 pandemic. Martin’s complex characters are infused with such raw emotion that they nearly jump off the page.”—Newsweek“Martin’s riveting latest focuses on a group of doctors during a pandemic…Martin fills the hospital scenes with vivid descriptions and moving moments. This fully realized account of a fictional pandemic manages to convey the deeply personal as well as the bigger picture.”—Publishers Weekly (starred review)“With echoes of Richard Preston’s The Hot Zone, John M. Barry’s The Great Influenza, and Anna Hope’s Expectation, Doctors and Friends is precise in details but sweeping in scope and impact. With an innate understanding of emergency room medicine, the inner workings of government agencies, and the complexities of decades-long friendships, Martin’s novel is compelling to its core.”–Booklist (starred review)“There is beauty in Martin’s gem of a story that confirms that friendship is a powerful force.”– Library Journal (starred review) 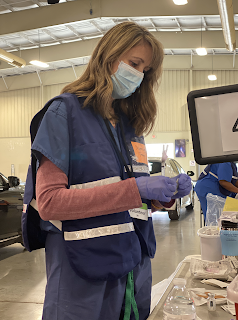 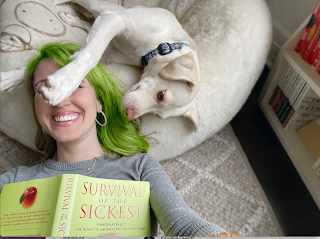