A YA that celebrates science! Marti Leimbach talks about DRAGONFLY GIRL, a heroine who finds the cure for death and what was obsessing her in the writing. 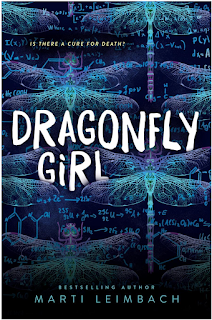 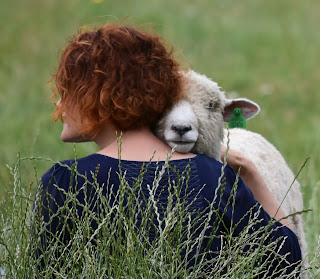 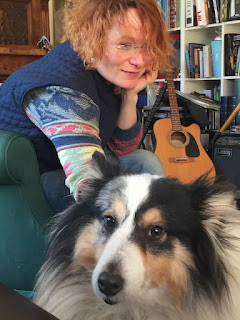 What is more exciting than a YA novel about science featuring a science-loving girl who has found the cure for death? Called a YA thriller for people who loved The Queen's Gambit (and who didn't, I ask you?) Dragonfly Girl makes the astonishing, the magical, seem possible. School Library Journal calls it "thrilling, with a heroine to root for."

I first heard about Marti Leimbach because she wrote the international bestseller, DYING YOUNG, which was made into a blockbuster movie. She's also the author of The Man From Saigon and Daniel Isn't Talking, and she is a core tutor at oxford University's creative writing program.  Also, I would be amiss if I didn't mention RATS: Marti breeds them as part of the National Fancy Rat Society. But most importantly to me, Marti and I became friends and I adore her. Thank you so much, Marti for writing something for my Nothing is Cancelled Book Tour blog.

What was haunting you in writing this book?

Like my 17-year old heroine, Kira, in Dragonfly Girl, I like reading science research papers. I worry a little that whatever medical treatment I learn about won’t arrive soon enough for me, or be affordable. So I read these papers with a mixture of hope and dread, certain that I or someone dear to me might die of something that, in the near future, will be totally treatable.

Still under the general heading of “haunting” let’s add my historical anxiety about poverty and lack of opportunity, which is also in the novel. My only parent, my mother, was very ill through my late teens and early twenties. At the time, I couldn’t imagine how I was meant to go to college, which would mean deserting her, when she very sick and destitute, needing someone to look after her or at least cheer her up. Kira has the same problem I did, though she handles it way better.

In my case, I went to college on a scholarship and I mostly abandoned my mother, which I regret. I visited when I could, hoping that was enough (it wasn’t) and that she’d get better (she didn’t). I felt worried about her when I was away, but suffered terrible angst when I was with her. My mother died just after I finished college and, really, I’ll never get over feeling like the worst daughter in the world for having left her.

So, I’ve got the medical FOMO, the guilt over the dying parent, a legacy of deep financial troubles and a sense that my life is just not normal. I’m not normal. Add it together, stir the pot, and you come up with Dragonfly Girl.

Dragonfly Girl is about an impoverished teenager with a gift for science, who discovers a “cure” for death. Such a triumph ought to be the means of securing her future and helping her mother, but she ends up at the center of an international rivalry. She goes from being an absolute nobody to being somebody considered very special. So special that it puts her in danger.

Which brings me to a final idea that occasionally haunts me: maybe being noticed isn’t always a good thing?

Has your writing process changed since you began? How?

Before I began Dragonfly Girl I was already thinking of the sequel that would follow. Important admission: nobody has paid me for this sequel or even discussed it. There’s no two-book contract, no conversation about the second book at all, in fact. All of which is to say that I may be the only person who insists that Dragonfly Girl is part of a series. If nobody wants the sequel, I may have to publish it myself. And I’d do that because Academy One is the best book I’ve ever written. It’s going into print even if I have to grow the trees to make the paper on which it is printed.

Writing a book with a sequel in mind changed everything about my process. I don’t plot things out, so once Dragonfly Girl was finished I had to race through a draft of Academy One, so that I could then go back to Dragonfly Girl and revise it so the two were in sync.

Understand that I’m only describing this process, not recommending it. If you’re not into plotting out novels ahead of time, creating a series is a near-impossible undertaking. And I now have newfound respect, bordering on hero-worship, for every author with a good series.

Due to my ongoing and necessary isolation due to Covid, I’m a little concerned I’m edging toward insanity.  So there’s that. In terms of writing, this may be a good thing. Novels are easier for those of us who catastrophize – that is, start with one problem and imagine the worst possible likely event to follow – so I’m looking forward to a good creative run.

Teenagers and people in their twenties have an  energy I crave. Writing about them helps me embody that energy, at least for a time. I can’t get enough of it. I feel younger when I write and read (good) YA. I feel my thinking become more flexible, expansive, with the excitement of possibility that defines our teens and early adulthood.

OH AND: so much of your book is about the mystery of death--lately scientists are saying that we can cure death, as if it is a disease. What do you think?

Well, we’re always trying to cure death, though usually before it happens. We slow down or reverse the disease process.

Interestingly, we’ve already had to redefine what “dead” even means. Death used to be understood as the cessation of a heartbeat, for example. However, as we can now reverse that condition through technology, a lack of heartbeat no longer suffices as the definition of death.

What happens in Dragonfly Girl is that the heroine comes up with the reversal of an additional process in dying: the rapid destruction of brain cells. That isn’t to say that it restores the body to full health, but that this particular process in dying is arrested and sometimes reversed.

Could this happen in real life? Sure. Though not yet and not necessarily as described in the novel.

Getting reviews is very difficult for an Indie author. https://usbookreviews.com/ is an affordable service to get high-quality reviews and gain visibility for your book.