A novel about love being the ultimate crime, from bestselling author Emily Collin who talks about SWORD OF THE SEVEN SINS, writing, and so much more 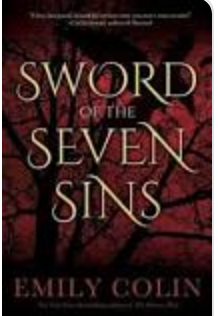 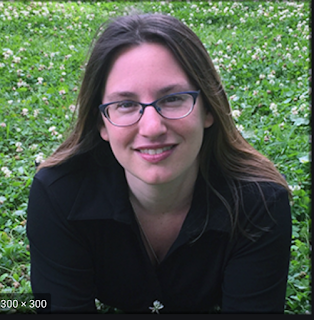 Emily Colin’s debut adult novel, THE MEMORY THIEF, was a New York Times bestseller and a Target Emerging Authors Pick. She is also the author of THE DREAM KEEPER’S DAUGHTER (Ballantine Books, 2017) and the editor of the YA fiction anthology, WICKED SOUTH: SECRETS AND LIES (Blue Crow Publishing, 2018). The first book in her new YA series, SWORD OF THE SEVEN SINS, is forthcoming from Blue Crow Publishing in August 2020. Emily’s diverse life experience includes organizing a Coney Island tattoo and piercing show, hauling fish at the Dolphin Research Center in the Florida Keys, roaming New York City as an itinerant teenage violinist, helping launch two small publishing companies, and serving as the associate director of a nonprofit dedicated to immersing youth in need in the arts. Originally from Brooklyn, she lives in Wilmington, NC with her family. She loves chocolate, is addicted to tiramisu, and dislikes anything containing beans.

I always want to know what the why now moment was in writing a particular book?

Ah—well, “why now” is pretty relevant for this particular novel. I started it back in 2015, when Trump was running for president. I thought—what if he wins? And what if he’s not running on his own, but is rather the puppet of a white supremacist regime that wants to put him into power in order to accomplish his own ends? What if, when he gets into power, all the white supremacists start coming to the fore—and his administration doesn’t continue to advocate for environmental conservation … in fact, they prioritize business interests first, so our environment starts to crumble? What if society starts to break down in the wake of white supremacist riots and environmental degradation, leading to civil war? What would our world look like then?

And … there you have it. It seems eerily prescient now, actually. I even set the heart of the resistance in a post-apocalyptic Minnesota—which I call “Minneska” in the book.

Sword of the Seven Sins is so  very different from your past novels. Tell me about the pleasures—and the perils—for you in doing something so, so different?
I’ve always loved reading young adult—YA—literature. When I was growing up, I adored Lois Duncan and Madeleine L’Engle, who I think of as two of the forerunners of the modern YA canon. Now, I happily immerse myself in novels by Renee Ahdieh, Sabaa Tahir, Tahereh Mafi, Julie Kagawa, Sally Green, Leigh Bardugo … and the list goes on. I’m drawn to the extremes of human nature in my writing, and there’s something about YA lit that so naturally lends itself to extremes. First love … first kiss … first losses … it’s so naturally powerful.

My past novels have been what I like to think of as ‘supernatural love stories’ for adults. It was exciting for me to venture into new territory—although in some ways, SWORD OF THE SEVEN SINS is also a supernatural love story, just with a fantasy bent, written for an upper YA audience. Of course, it’s always scary to take a new path as a writer, because it means building your audience all over again and diversifying your ‘brand.’ But I firmly believe that writing what you love—what you’re drawn to—is so, so important. I’m still writing books for an adult audience—I’m in the middle of drafting one right now!—so for me, this is a both/and proposition rather than an either/or. SEVEN SINS is a trilogy, so I get to hang out in this world for a while longer … and that’s been so much fun, too, since I’ve never written a series before. The whole thing’s been a great adventure.

You’ve always written beautifully about love and loss, and here is no different. The character of Ari has always loved Eva, but you’ve created a world where this kind of love means death, which is a classic Romeo and Juliet theme! Can you talk about this please?

Oh, sure! I’m always up for a good discussion about forbidden love. Ari’s loved Eva all his life, since they were children. But love’s not allowed in their society—romantic or otherwise—so this is a real problem. As for Eva, Ari is there for her at a crucial moment in her childhood … a moment when everyone else turns away. She never forgets that moment, and neither does he. Their connection is undeniable—but to act on it might well cost their lives. What’s a girl—or boy—to do?

For me, this notion of a world where having any kind of real attachment to others posed danger was both alarming or appealing. As Eva herself says in the novel, “I don’t think love makes you weak. But I do think it’s dangerous. For love, people will take risks they’d never dream of otherwise.” The two of them are willing to put themselves on the line in ways they might not dare to do, without the feelings they harbor for each other.

When the book starts, neither one of them has any idea what love is, and that’s a challenge, too. They only know what they feel for each other, which seems to defy categorization in the world they inhabit—and that what they feel is deemed very, very wrong. Of course, in the end it might well be the thing that saves them—but that’s another story.

I also loved the storyworld you created which seemed almost shockingly relevant to today. A repressive regime, all this talk about sin and punishment. Can you talk about this please?

Absolutely. Well, for the relevance—see the answer to your first question, above. As I said, I wrote SINS when Trump was running for president, before he won. I could just see how everything that privileged individuals have come to take for granted in American society—the institutions, our civil rights—could come tumbling down if he was elected … that the things we thought were bulwarks of civilization might well turn out to be a house of cards. I imagined a country divided, governed by fear, ignorance, and intimidation rather than logic and civility … one where the vitriol and hatred of white supremacists were given power.

I took it one step further, imagining that these white supremacists were also religious fanatics who wanted to control people’s behavior through invoking the Christian Bible—so they created a society in which people must live … and die … by the rules of the Seven Deadly Sins. Of course, the people at the top of this power pyramid aren’t necessarily abiding by the rules of the citizens they govern … but as I said above, that’s a story for another novel. ;)

You’ve written so many wonderful novels. Was writing this book any different?

Aw, thank you! I’m blushing. In a sense, writing this book was easier—the first draft came pouring out. I had to go back and do some serious revisions … but that’s no different than my normal writing process. Perhaps you recall all the revisions I did on THE MEMORY THIEF, back in the day! I will say that I had to do less research for this book than for either of my adult novels. For MEMORY THIEF, I had to do all that mountain climbing research, and for DREAM KEEPER’S DAUGHTER, I immersed myself in the history of Barbados and the island’s slave rebellion. While I loved doing all of that research—and learned so much—it was a tremendous amount of work. It was kind of freeing to be limited only by the scope of my imagination for this book!

What, beside the pandemic and world politics, is obsessing you now and why?
When you subtract those two things, what else is there? ;) Seriously, let’s see. I just finished up a 10-month treatment regimen for breast cancer—I’m cancer-free! Hooray!—so right now I’m a bit obsessed with being healthy and appreciating every moment. I try to do yoga every morning on my deck while listening to the sound of the little waterfall in my pond. Then I come inside and brew myself some coffee, which I top with whipped cream and sprinkle with cinnamon. I’m on a huge ebook kick, since I can’t get to the library right now … so I’ve been reading like crazy—all kinds of stuff. I’ve got a Kindle Unlimited membership, so I get lots of books from there … plus I just saw the Netflix show Virgin River, so I’m deeply immersed in the Virgin River book series, which is a lovely guilty pleasure that has sucked me in. Oh, and I’m doing research on Slavic witchcraft and the Roaring Twenties for two novels in progress. In the evenings, I take my dog on a nice mile-long walk. So, all of that keeps me pretty busy!

Ohhhh, this is such a hard one. Maybe—why should we be thinking about books now, when the world is crumbling all around us?

Believe me, I’ve asked myself that question. And the conclusion I’ve come to is that this is a crucial time to read books and stories … and not just because we’re all on a quest to escape our current reality. Fiction builds empathy, forcing us to put ourselves in someone else’s shoes and imagine how they think. It broadens our worldview and takes us places we might never otherwise go. Right now, when so many of us are stuck at home, it lets us travel. It teaches us new things; introduces us to diverse viewpoints; inspires us; strengthens us; helps us imagine a different version of the world. And right now, we need all the imagination we can get.

As one of George R.R. Martin’s characters said in Martin’s book A DANCE WITH DRAGONS, “A reader lives a thousand lives before he dies. The man who never reads lives only one.”