First, I was addicted to the coffee mints, NeuroMints. Then I began to realize the entrepreneur behind it was also a brilliant prankster artist. So I had to talk to the prodigiously talented Kent Yoshimura here. 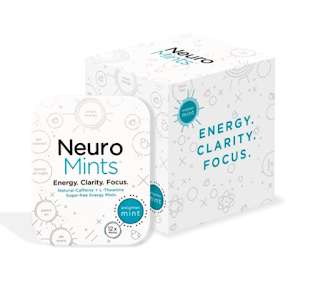 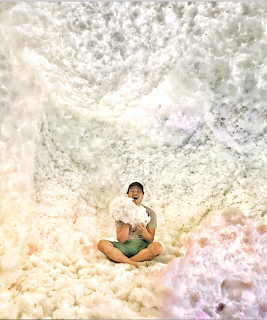 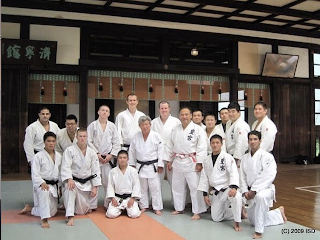 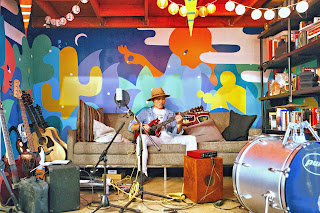 I am totally addicted to coffee and my son showed me an article about Neurogum, which not only had enough caffeine to power the country, but also had L-theanine, which is a natural kind of soother. I bought the gum and mentioned it on Twitter, saying I loved it but wished it wasn't gum--and
Kent Yoshimura reached out to me. "Wanna try the mints?"


He sent me a care package and I began to realize that he was this extraordinary person--not just an entrepreneur, but a fabulous artist, too. He illustrated Master Davey and The Magic Tea House, which was released worldwide at all Coffee Bean & Tea Leaf locations, and his illustrations have traveled across children’s museums throughout the United States. He has been featured on NBC for his large-scale public art pieces, the New York Times for his mural work, and in TIME magazine, Huffington Post, Men's Health, Vice, and NPR for his YouTube videos.


But wait, there's more! As a martial artist, Kent competed internationally, fighting alongside Muay Thai champions in Thailand and serving as a training partner in Judo for Olympic medalists at the Kodokan and the Japanese royal guards within the Imperial Palace.

In 2015, he co-founded Neuro - a functional confectionary brand revolutionizing the consumable supplement space. The product was successfully backed by over 500 people on Indiegogo in less than three days, and has since been featured in publications such as TIME magazine, Dr. Oz, Forbes, FOX News, Food And Wine, The New Yorker, Buzzfeed, and Fast Company. It can now be found in over 5000 retail locations nationwide.

Alongside his ventures, Kent currently paints large scale murals as both a freelance artist and a qualified muralist through the Department of Cultural Affairs, and most recently co-designed the immersive retail experience CAMP in New York as well as The Sixth Collection for Jerry Lorenzo's streetwear brand Fear of God.

I'm totally thrilled to know him, and to host him here. Cool has a brand new name, right? Thank you, Kent.

So you do so many things so brilliantly, from art to sculpture, to environments to film to writing. What made you who you are today? Were you always creative as a kid? And what is even more fascinating, is how did you make the turn from art to—well, the art of health—with NeuroMints and NeuroGum?

NeuroGum kept me going through Lisbon all week, which is mostly steep hills and nine thousand steep stairs. Where did the idea for this product come from? And what was testing it like? Anything surprise you about it?

Well to start off, thanks!

When I was growing up, my parents were both working, so I spent most of my time after school at the karate studio or in art class. Both those hobbies continued on through high school, but I began deviating away from the arts and leaned towards medicine in college. There, I studied neuroscience, got deeper into martial arts, and met my future co-founder of Neuro, Ryan Chen.

During that time, I would frequently travel to train with the Olympic Judo team in Japan every summer and fight Muay Thai in the stadiums in Thailand. Every day consisted of 4-6 hours of training, and supplementation became extremely important; however, there wasn’t anything to support my energy levels outside energy drinks or coffee at that time. I began mixing my own supplements, using myself as a guinea pig, and my favorite combination eventually became V0 of NeuroGum. Of course, we’ve worked with professional chemists and formulators to refine it since then.

Yet, once an artist, always an artist. My senior year of college, I was injured during training, and I decided to take a step back from pursuing a professional fighting career. I eventually got deeper into film, went to UCLA’s film school after I graduated, and began shooting short commercials and documentaries. On the side, I would do illustration work for extra money, and after illustrating a few children’s books, I got an opportunity with my friend Susan to build the children’s branding for the Coffee Bean and Tea Leaf.

After that, I worked in composing music for film and television with a Sony affiliate called Wava Studios before I began painting larger and larger things. After leaving the studio, both Neuro and my career in murals started to take off. Now, NeuroGum is in about 6000 stores nationwide, and I’ve done over 40 murals around the world.

You’re also an incredible artist! Your use of color is incredible-the surprise pops, the way the tones vibrate. I really loved the guerilla art—a male statue with the bright, brilliant head of a posie! A huge ice cream cone leaning against a building. And the immersive experiences!  Especially the one where guests seem to be in an underwater world! Art like this does my favorite thing. It makes you stop and see the whole world differently. So tell us, how do YOU see the world?

I feel that I’m just a prankster at heart. Both guerilla work and murals force a perspective shift in the environment, and whenever I’m out in the wild, I imagine painting the walls a certain color to change the tone of a space or sprinkling some guerilla work to “change” up someone’s daily commute. The world’s our playground – might as well enjoy it!

What’s up next for the company and for you?

In 2020, Neuro will graduate from being just a product to becoming more of a lifestyle brand. We’re constantly looking to improve our products, and we eventually want to become a leader in the cognitive health and wellness space as a whole.

For myself, I consistently try to live a balanced life. Last year, I worked myself too hard and needed to get back surgery after running my body down. Maintaining my health (both physical and mental) and finding a peace with my creative side is the most important thing for me.

For some reason, I’ve lately been drawn to the Dust Bowl (yes, very random). Perhaps it’s in response to the impending sense of doom with all the conversations surrounding climate change, but it seems we’re consistently making the same mistakes. The stories of the livestock deaths, the locust swarms, and the static force fields all feel both apocalyptic and something straight from Dune.