Acclaimed writer Joan Silber talks about IMPROVEMENT, books being pains in the neck, writing stories, and so much more 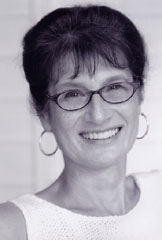 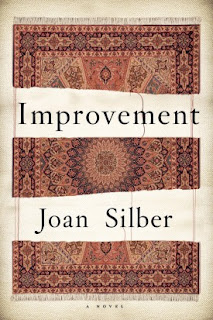 "There is something so refreshing and genuine about this book, coming partly from the bumpy weave of its unpredictable story and partly from its sharply turned yet refreshingly unmannered prose. A winner." ―Kirkus Reviews (starred review)

I first met Joan Silber through her novel HOUSEHOLD WORLDS, which was so breathtakingly brilliant, so alive with the troubles of a family, that I was underlining passages. I still have that copy, though it is dog-and-cat-eared now. Since then, I've met Joan for lunch, run into her as I, too, was trying to escape the madding crowd of a book festival, and I'm so, so honored to know her.

She's the acclaimed author of Ideas of Heaven: A Ring of Stories, is the author of Lucky Us, Fools, In My Other Life, In the City, and Household Words, winner of a PEN/Hemingway Award. Her work appears in the current O. Henry Prize Stories and The Pushcart Prize, and in Norton's The Story Behind the Story: 26 Stories by Contemporary Writers and How They Work. Her stories have been published in The New Yorker, Ploughshares, The Paris Review, and other magazines. She's received awards from the Guggenheim Foundation, the NEA, and the New York Foundation for the Arts.

Improvement, her newest novel is about the choices we make and the costs we bear, a single mother, an eccentric aunt, and so much more.

Thank you so much, Joan, for being here. You're my heroine, literary and otherwise.

You have such an acclaimed career, that I am wondering if you feel that every new book builds on the last one? Or do you feel that each book is a brand new work with its own ideas?

I think my writing has especially felt like a continuing project since Ideas of Heaven  (2004), when I began writing long stories linked in a particular way, where a minor character in one is major in another, and characters are circling the same ideas.  Improvement is a novel, so I had to find new ways to unify the elements while getting the range I wanted.  I wanted to write something with the intensity of a line carried through, while still using the skills I learned in spreading across a web.

That said, each new book is a pain in the neck in its own way.  I think I know what I’m doing and then I don’t.

I just looked at my old notebooks before answering this, and I had entirely forgotten how long it took me and how many false starts I made.  I had made a third trip to Turkey and it was much on my mind.  And then Hurricane Sandy hit New York, and I heard a report on the radio about older people in housing projects who were managing just fine with no electricity or water.  (My own neighborhood, the Lower East Side, was in the dark zone so I knew what they dealt with.)  I’m always interested in self-reliance, and I began to develop the character of Kiki, unfazed by the blackout, and I gave her a past in Turkey.  I had a younger character, her niece, narrate her story, to get a sharper angle.  Once I gave the niece a boyfriend at Rikers, I saw the story heightening.

I wrote the first chapter as a short story—to my great joy, it got picked for Best Short Stories and O. Henry Prize Stories.  I didn’t know it would turn into a novel that I’d spend the next three or four years grappling with.

Improvement bursts back and forth from the 1970s to present day, and employs more than a few narrators.  Was this always your plan or did the book unfold this way organically?

I knew I wasn’t going to stick with one narrator.  But I didn’t know who the various characters would be or where in time I’d want to move them.  As it turned out, there are eight chapters and Kiki and her niece are only in three of them.  I wanted to follow a constellation of characters whose lives bear the results of what the niece decides, and I wanted to tell about the aunt’s past, with its own trails.   I liked moving the settings—I’m sort of against fiction being too parochial--I could do New York, parts of Turkey, and Berlin (where I have friends), and it was my luck to have a student who’d taught high school in Richmond.

When I wrote cycles of stories in the past, I always just made them up as I went along, and I recklessly thought I’d been writing long enough to do that in a novel.  It was much harder than I thought.  I’m not doing that again!  But I did know early on how the book was going to end.
I did write a craft book on Time in Fiction, and I’m always interested in fiction’s powers to move through time.  I learned a huge amount from Alice Munro—I can’t tell you how happy I was when she won the Nobel Prize.  I think she has many admirers but not so many followers, and I am proud to be one of them.

I’d love for you to talk about the title Improvement. Reyna makes a decision for the good of her child, which sets off a kind of train wreck. What does it really mean to improve your life, or at least to give it a chance?

I love your summary of Reyna’s decision—that’s just right.  She is able to make a kind of recompense in the end—she can’t fix things but she can improve them.  I think she’s quite resourceful about it, actually.  People joke that for once I’ve come up with a cheerful title, and I think I do want the story to end with a feeling that the effort Reyna makes, the stretch to generosity, is what a reader would wish for her.  It’s my version of a happy ending, though there’s plenty of disaster and loss in the book.

I also thought of her boyfriend’s cigarette-smuggling scheme as an attempt at improvement as well, a form of hope (hope can get a person into trouble).  And I wanted reparations to have other echoes in the book—Monika works at compiling records of art bought in the Nazi era, Teddy the truck-driver is trying to be re-paid by his insurance company.   Teddy’s wife tells him, “It’s just a big mistake to think you ever get paid back what you deserve in this world.  You’re not dead, that’s the main thing.”  Not only is the wife giving good advice, but this is the dilemma of any fiction writer:  portraying an unjust world while allowing for right conduct.

I am very aware, as we all are, of the catastrophic changes in our political world--I feel it as a time when the worst of human nature is rising to the surface.  I really didn’t expect to be alive in such an era.   Of course, I’ve marched in protest (I’ve been marching all my life) and signed many, many petitions.  I think I probably work at not letting it take over my thoughts—I guess that’s the opposite of obsessing.  My escapes have taken different forms.  I went through a spell of re-reading Dickens, I’ve taught English as a volunteer to novice monks in Laos and Thailand, I’m traveling on vacation to Sri Lanka in March.  The idea is to remind myself of what else there is.

Ask me what I’m doing next.  Stories again.  I’ve got four done, and they’ve been very demanding, though I’ve loved working on them.   I don’t know why I thought writing would get easier—no writer has ever said that, that I’ve heard.  But I’m happiest when I’m working and a simmering malcontent when I’m not.
Posted by Caroline at 1:55 PM